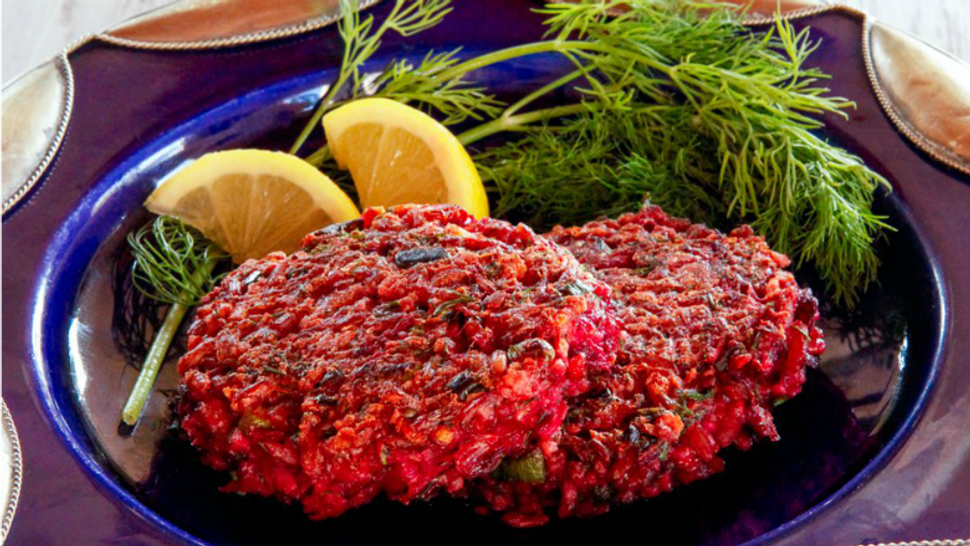 Last year, the Conservative movement issued a teshuva, or ruling, that kitniyot — i.e rice, beans and legumes, traditionally avoided by Ashkenazi Jews at Passover — are now permissible. For those who feel liberated by this decision (perhaps feeling that the dictum to avoid chametz is enough of a manacle), you may also be overwhelmed by the sheer number of options that are suddenly at your disposal.

To help, we’ve selected some of the most tempting holiday-friendly kitniyot-based recipes from a few of our favorite Jewish bloggers. (If you won’t be incorporating kitniyot, you can enjoy them post-Passover.)

We should note that some of these recipes come from Orthodox-Ashkenazi bloggers, who do not abide by the Conservative movement’s decision and therefore would never use their recipes in the context that we are presenting them here. 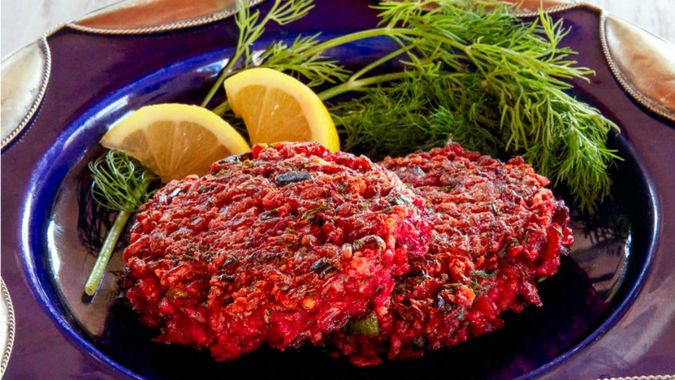 One of the truly great things about eating kitniyot on Passover, is that it makes it so much easier to be vegan during the holiday without having to resort to eating pounds of potatoes to avoid the constant stream of chicken and brisket and every other cut of meat imaginable. And these rice and beet cakes from Tori Avey allow you to pretend you’re eating a gourmet burger that’s both vegan and beautiful.

Tzimmes With Tahini Pesto And Pomegranate 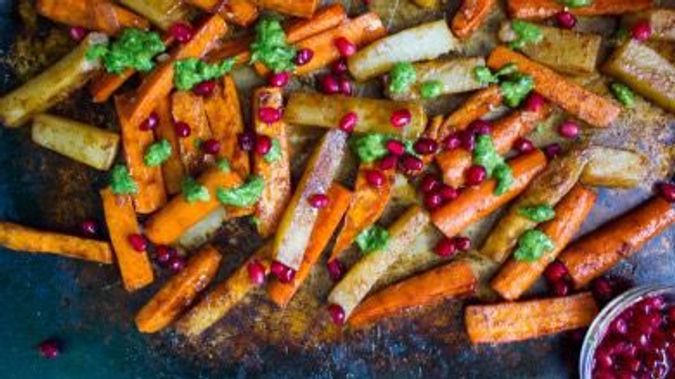 For many people, tzimmes is a Jewish holiday staple. So why not take advantage of your newfound Passover freedom and slather those veggie babies with a tahini pesto (which you will use on top of everything this holiday). What Jew Wanna Eat’s recipe is both beautiful and delicious. 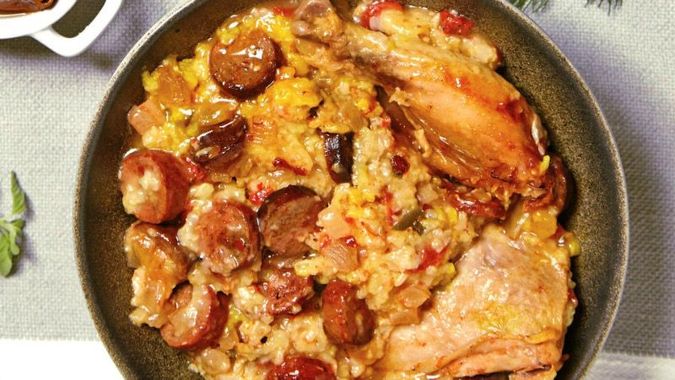 One thing that many who keep kitniyot miss is that timeless Shabbat staple: cholent. Some of cholent’s main components are beans and barley, so some resort to making a pale imitation of the stew-like dish for Passover Shabbat, resulting in yapchick (potato kugel with meat). But because you can use beans, why not take cholent to the next level and use arborio rice to make it a paella with this recipe from Joy of Kosher? 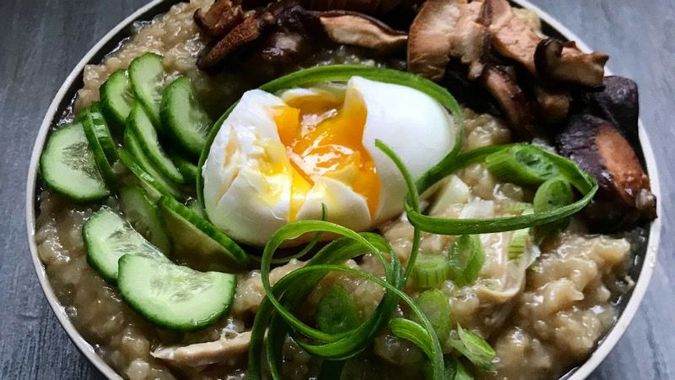 Image by Shushy Turin/Cooking in Heels

Not so into cholent, but want some sort of stew? Look no further than this Chinese congee from Shushy at Cooking In Heels. The sushi rice gets silky smooth and the runny egg yolk melds the whole concoction together into a satisfying meal. 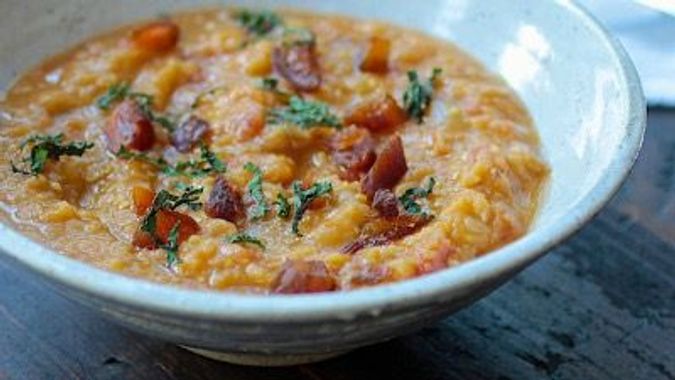 If you’re not so into stews, but do like soups, try this red lentil soup from Liz over at Kosher Like Me. This is the perfect, hearty soup that will warm up your insides on those not-quite-spring chilly Passover nights. 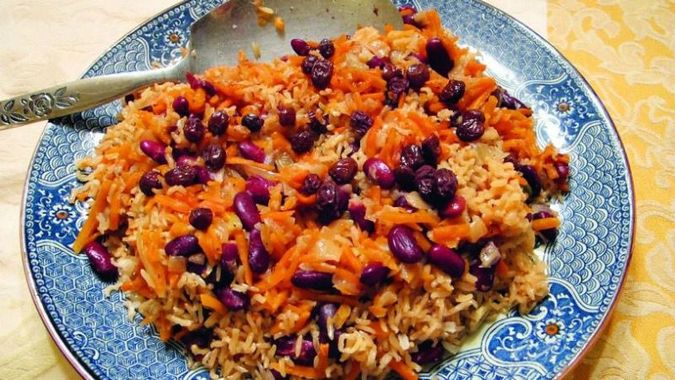 Bring some color to your meal (and showcase your dedication to eating kitniyot by adding rice AND beans) and make this Bukharian rice pilaf from Joy of Kosher. 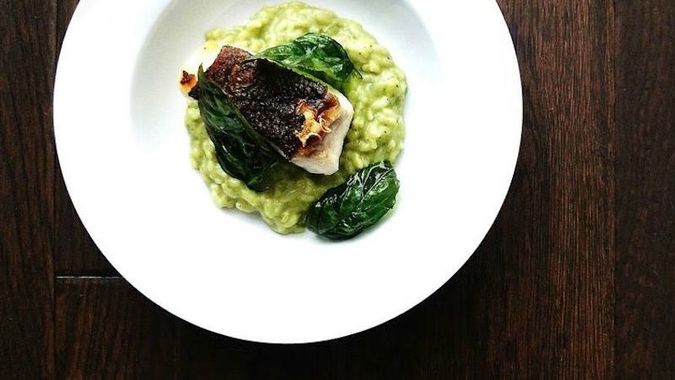 For a refreshing, apres-seder dairy lunch, you can use some arborio rice kitniyot to make this beautiful Green Coconut Risotto from Food52. 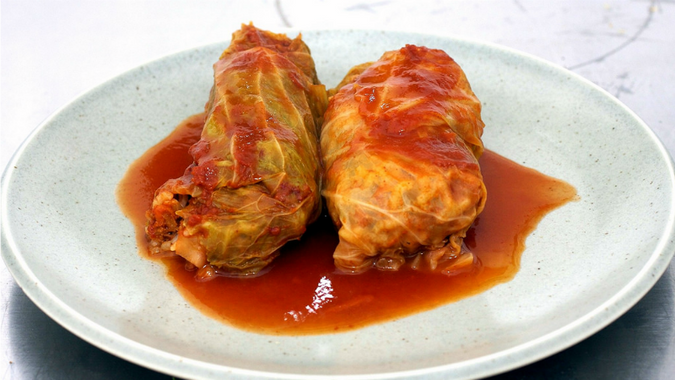 Hungarian guests will appreciate being served this traditional dish. And although it can often be challenging to make, Smitten Kitchen’s recipe will make you a stuffed cabbage pro.