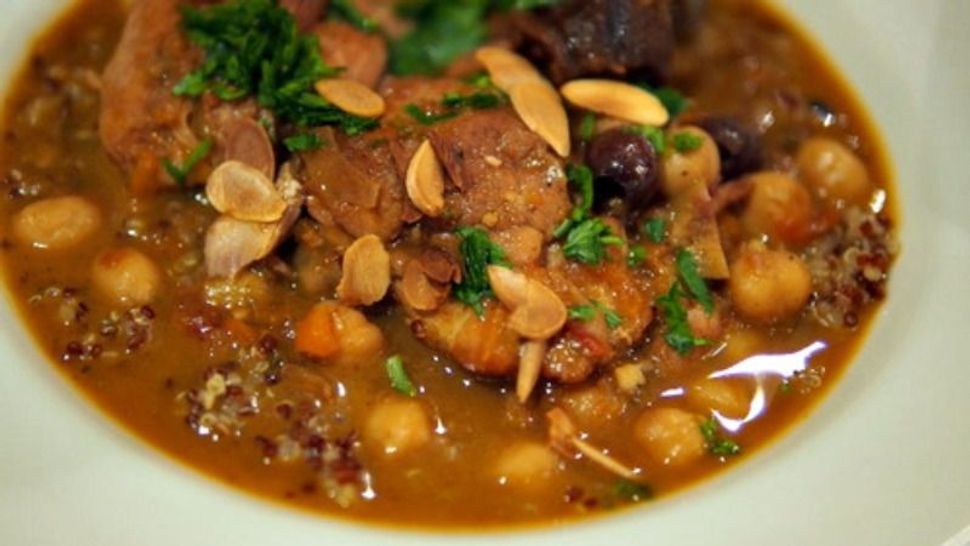 Made in a pressure cooker, this North Africa-inspired stew takes a fraction of the usual time. Image by Liza Schoenfein 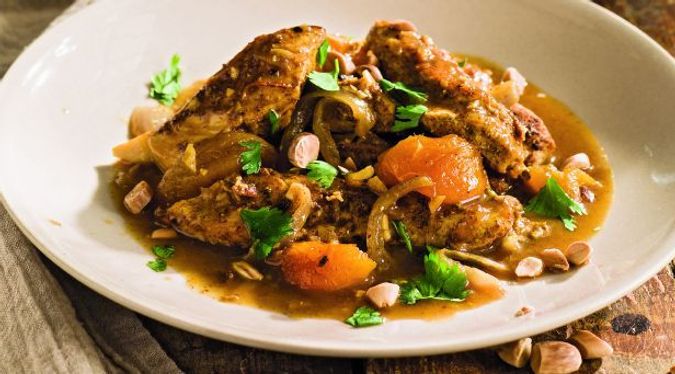 As Passover draws to a close, I’m starting to feel holiday-deprived. Envious, really. It’s not that I want more matzo — I’m not insane. It’s that there’s a holiday, Mimouna, which marks the end of Passover for North African Jews, that I have never celebrated. And it sounds delicious.

I decided to investigate on a number of levels. First, what exactly is this holiday? Second, are there any celebrations I might join, whether at a restaurant, a synagogue or some other public space? If not, and if I can’t get myself invited to a Moroccan friend’s family feast, what can I make at home to mark the holiday and indulge in some Moroccan food, which is among my favorite cuisines?

To answer the first question, I turned to a couple of articles previously published in the Forward. Our friend and former colleague Anne Cohen, a Montreal native of Jewish-Moroccan descent, wrote this piece a few years ago:

Not only does it explain what the holiday means to her, but it provides a recipe for her grandmother’s “couscous au lait” — or couscous with milk — which her family eats at the holiday.

Another former colleague, Lior Zaltzman, wrote last year about a Moroccan bar in Tel Aviv, called Tangier, which hosted an “adopt an Ashkenazi for Mimouna” event. I checked, and they’re doing it again. Too bad I’m not in Tel Aviv.

There also appear to be a number of public Mimouna celebrations happening in Jerusalem. As for New York, I’m nosing around but so far coming up empty. Write me if you know of any.

Which brings me to recipes. I have a suggestible palate, which means I’m yearning for a tagine right about now. So here are some dishes I might make on Tuesday night, once Passover has ended and Mimouna has officially begun. The first one is a recipe of mine that’s cooked in a pressure cooker, which is great for a weeknight celebration:

This one’s fairly similar, but cooked the traditional way:

And here’s a vegetarian couscous option:

Serve any of the above with Janna Gur’s spicy, simple Moroccan carrot salad, and you’ve got yourself a festive Moroccan-style meal to celebrate Mimouna.