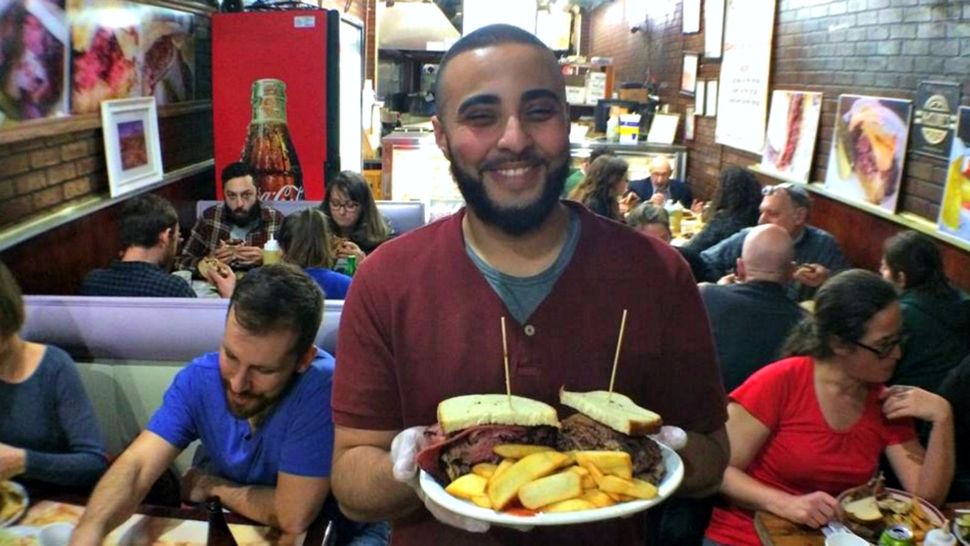 There is a Jewish Deli in Brooklyn that closes for Ramadan. The reason is simple, if somewhat surprising: The owner of David’s Brisket House and Deli on Nostrand Avenue in Bedford-Stuyvesant is Riyadh Gazali, a Muslim of Yemini descent.

Next week, Gazali will host a dinner party at David’s along with Breaking Bread NYC, which describes itself as “a project from food tour guides and food lovers aimed at connecting communities through cuisine.” (“It’s always easier to understand the unfamiliar when you sit down and break bread together,” the description on Facebook says.)

The Muslim-Jewish Deli Dinner Party will raise money for the HIAS organization, which was founded in 1881 to assist Jews emigrating from Russia and Eastern Europe, and which helped resettle over 150,000 Jewish refugees after World War II. HIAS now helps place Muslim refugees.

David’s Brisket House, which serves classic (though not kosher) Jewish fare, was opened in the 1930s and sold in 1970s to two Yemini men who owned a bagel shop across the street. One of them was Jewish; the other Muslim. Eventually, the Jewish owner left the picture and the other, Gazali’s uncle, became the sole proprietor. He didn’t change the menu, which consists of classics such as Reubens and pastrami sandwiches.

Meanwhile, on June 15, The NYC Muslim-Jewish Solidarity Committee is holding its 3rd-annual Iftar-in-a-Synagogue celebration to break the Ramadan fast, at Temple Emanu-El in Manhattan. There will be food and live music. Tickets cost $20 and proceeds will be used to help fight hunger in New York City. Ramadan runs from May 26–June 24.