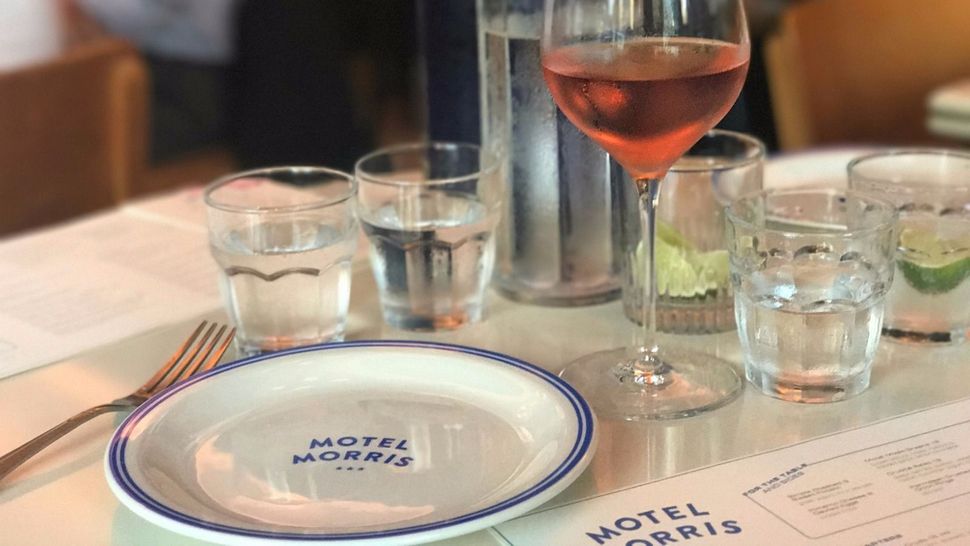 Family Crest: The restaurant’s logo was created by graphic designer Tamara McCarthy, who is a partner in the restaurant with husband Brett Nidel. Image by Liza Schoenfein

“We call it the kibbutz,” said Brett Nidel, of the building on the corner of 18th Street and Seventh Avenue, where he lives and works. Nidel and his brother Sam, along with partners Matt Mogil and Tamara McCarthy (who is married to Brett), own Motel Morris, a new restaurant that occupies the ground-floor corner of the building. The brothers live in apartments above the eatery, as do their aunt Vicki and various cousins. 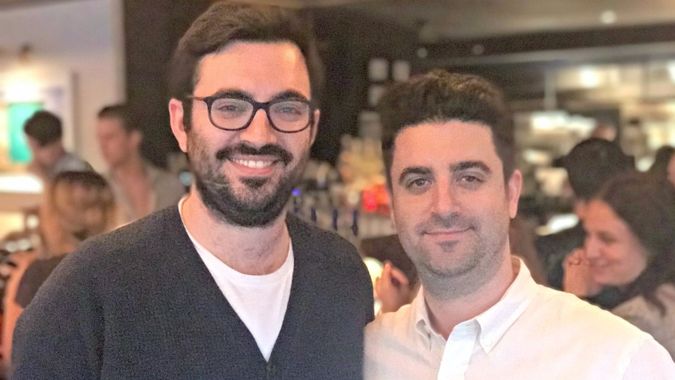 All In The Family: Brothers and business partners Sam and Brett Nidel in their restaurant, Motel Morris. Image by Liza Schoenfein

The family-kibbutz theme runs right through the business. Their cousin Bill’s wife, Jessica Corr, designed the restaurant’s furniture and lighting (the studio for her design and lighting company, Tourmaline, is in the building too); Brett’s wife, a graphic designer, came up with the eatery’s logo; Brett and Sam’s mother, Arlene, makes the daily dessert special.

“She literally bakes it,” Sam said. “It’s her recipes.”

And then there’s the restaurant’s name. Perhaps it’s not a shock to learn that the Morris in Motel Morris is Brett and Sam’s late grandfather, Morris Paley. (The name also honors partner Matt Mogil’s great-grandfater Morris Minsker.) Morris Paley was Arlene’s father. Her mother, Sylvia Paley, who came over from Poland when she was between 18 and 20 years old, was a phenomenal cook. And because their grandmother lived the first part of her American life in Alabama, the brothers say she was cooking Southern foods when she moved to New York. 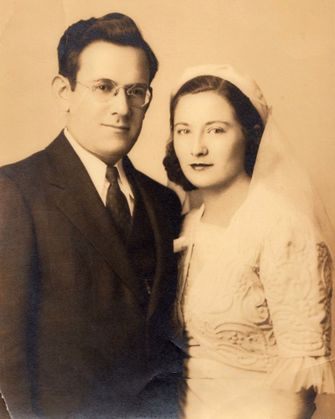 Grand Inspiration: Morris and Sylvia Paley on their wedding day. Image by Courtesy of Motel Morris

“She cooked a fusion of Southern and Ashkenazi,” Brett said. “I remember corn fritters that we used to dip in maple syrup, and fried chicken,” Sam explained. “That’s where we get the gene from. “My grandmother was the cook in the family and my mother has the gene.”

While the restaurant’s general manager, Jamie Steinberg, and executive chef, Bill McDaniel, aren’t genetically linked to the clan, they are romantically linked to each other. “Both of them are veterans of this industry, and that’s how they met,” Sam said. “They wanted to work together again.” 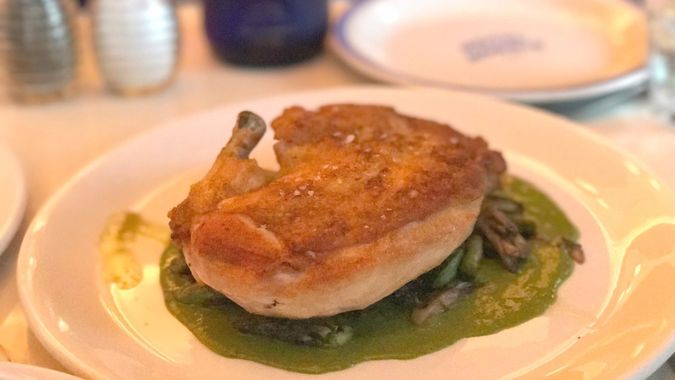 Moist, juicy chicken rests atop a bright-green garlic puree. Only an “Everything Bagel Tuna,” which sounds so promising and looks beautiful, ultimately lands with a thud. The dish is essentially that middle-of-the-road New York standby, sesame-crusted tuna, with a few extra grains attached but minus the salty-garlic kick of an everything bagel. Dessert’s a must here. The night we visited, Arlene’s contribution was a lush, just-sweet-enough cheesecake, and it paired perfectly with potent espresso. 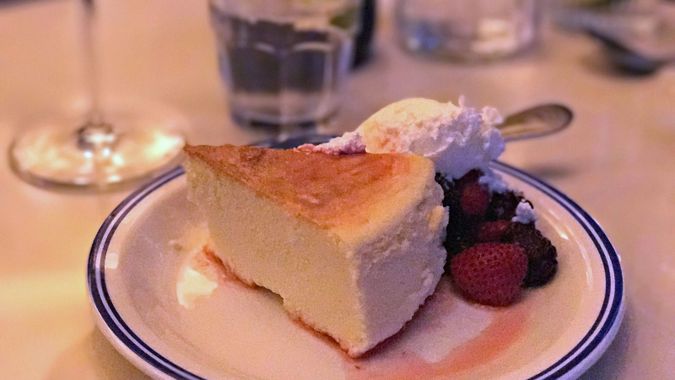 The food and the retro-chic room have drawn serious crowds since Motel Morris opened in April. Most of the diners look like millennials with money, and for a Chelsea restaurant, the throngs seem overwhelmingly straight. With nonstop conversational roar and waitstaff in perpetual motion, the place carries as much of a party vibe as a dining mood. Sweet, smart touches include a (non-functioning) pink wall-mounted rotary-dial phone in one bathroom and a blow dryer in the other. A very clever graphic identity carries through from the restaurant’s logo to its menu to the pink pens with which you sign your receipt; you can grab a 1950s-look Motel Morris postcard and coral-pink matchbooks on the way out.

What, we asked Brett, would Morris think of all this hoo-hah in his little building? 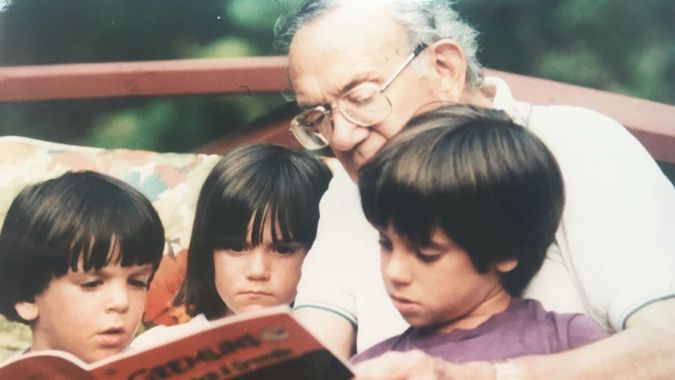 “He was a modest, simple, quiet guy; a serious man,” Brett said. “He was old-school — it was a different generation. But I think it would be his greatest joy to see his family involved in this together.”

Michael Kaminer is a contributing editor at the Forward. Liza Schoenfein is food editor of the Forward. Contact her at schoenfein@forward.com or on Twitter, @LifeDeathDinner