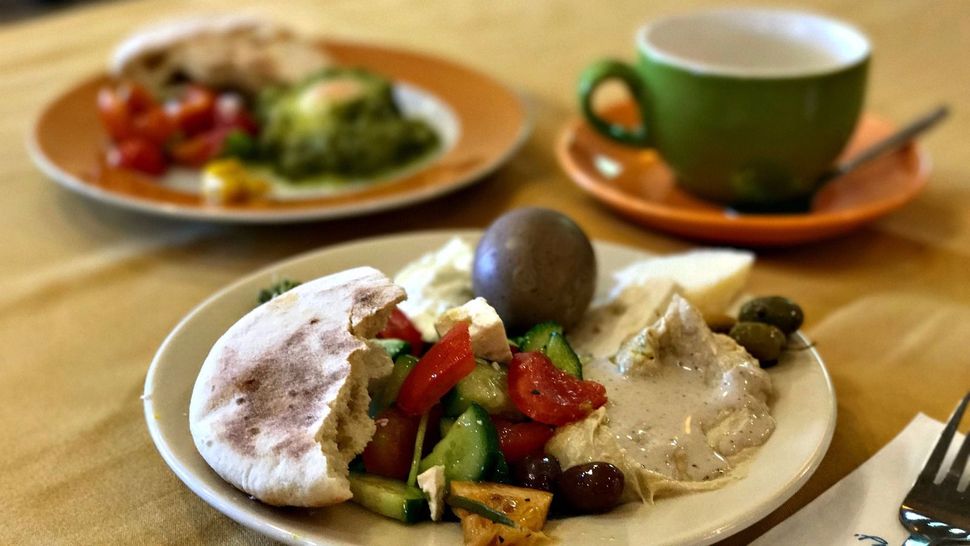 A well-earned breakfast after a pre-dawn excursion to Masada. Image by Liza Schoenfein

I earned my breakfast this morning, because this morning I set out at 4 a.m. with my son Teddy and two friends to hike up the winding Snake Path to the top of Masada. It was a 17-minute drive from our hotel at the Ein Gedi kibbutz on the Dead Sea to the base, and a little more than 45 minutes later we were at the top. 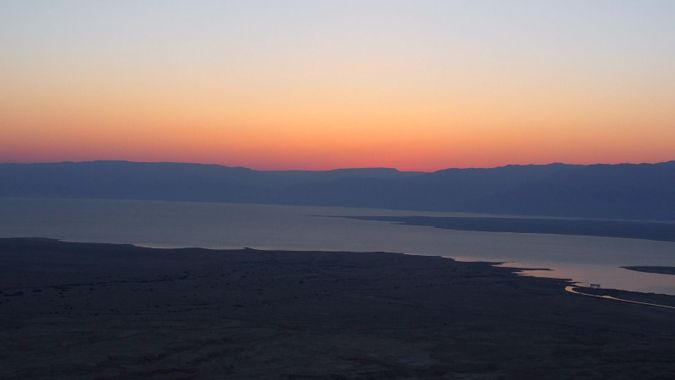 Waiting for the sun atop Masada. Image by Liza Schoenfein

I won’t write much, because I’m really tired, but the experience of climbing the steep golden-rock path before dawn; arriving in time to watch the sun appear over the mountains across the Dead Sea; then spending a couple of early-morning hours with Teddy exploring the 2,000-plus-year-old ruins of King Herod’s extraordinary fortress was among the most enriching experiences of my life. 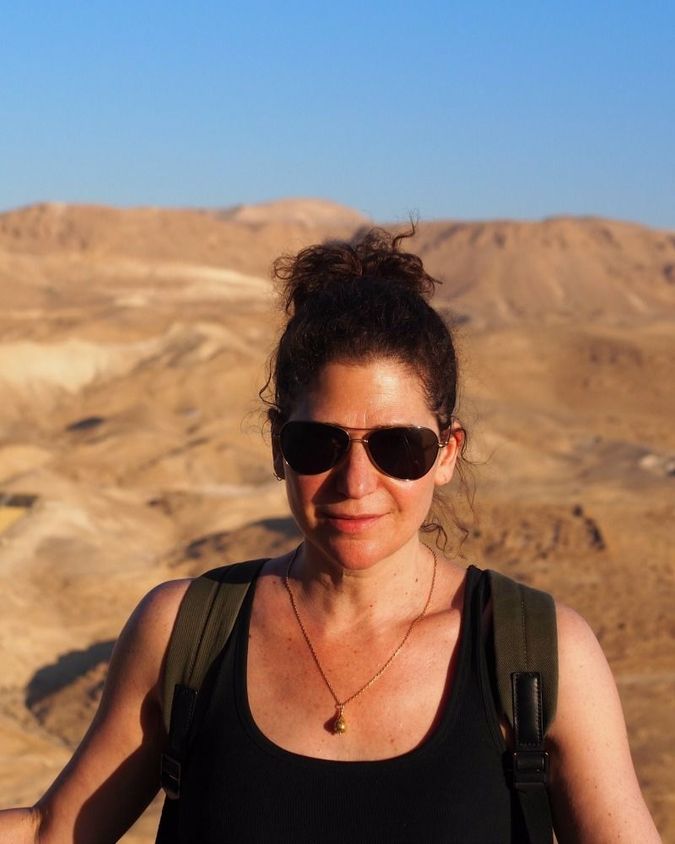 Me on Masada just past sunrise, having hiked up the Snake Path. Image by Teddy Jannot

The fact that Teddy and I blew past a few 20-something Germans on the way up the narrow trail made us feel even more badass. At the top, we filled our water bottles from cold-water taps, giving some to a skinny sand-colored dog who appeared on the scene, then paused at at the Eastern wall to watch as the sun made its ascent. Over the next couple of hours we explored the palace and the baths, seeing the astounding remains of gorgeous tile work done by craftsmen Herod brought all the way from Italy, intricately carved columns, structures designed for raising doves and cisterns to hold water.

At 8:30 we hopped the first cable car down, drove back to our kibbutz-hotel and went straight to breakfast. We were famished.

I could live on Israeli-style breakfast: chopped salads, cheeses, tahini, eggs (in shakshuka form or hard boiled), fruit and bread. The fruits and vegetables in Israel have lived up to their reputation for being particularly fresh and flavorful. There was strong coffee and way more to choose from than I was interested in exploring. 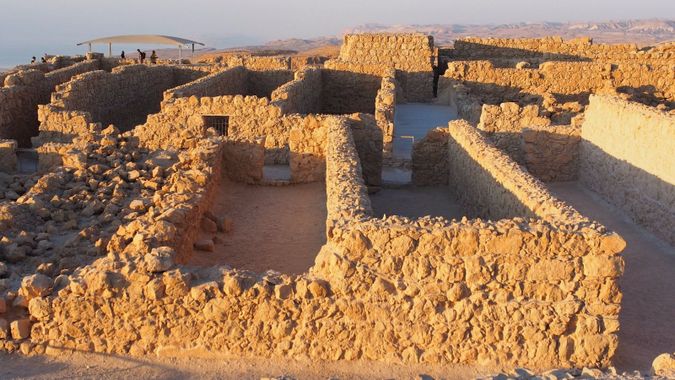 Tomorrow is another day — the day we depart for Jerusalem — and it will feel luxurious indeed to stay in bed until 9 or so before having another breakfast and hitting the road. I have a table tomorrow night at Machneyuda, which I’ve heard is the best place to eat in the city. Check back and I’ll let you know.