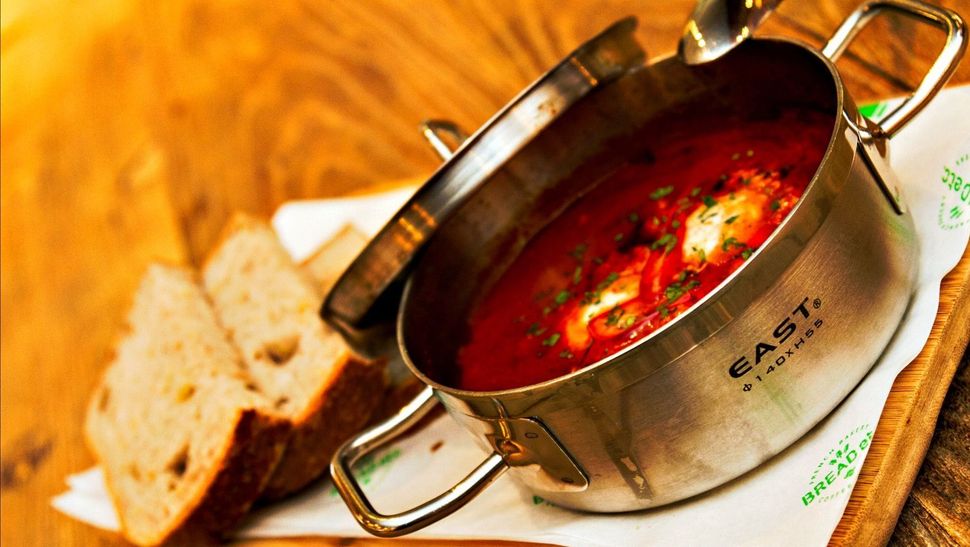 I’d just arrived in Shanghai and was having one of those unnerving moments I dread in countries where I don’t know the language. The taxi driver had dropped me off in front of a large white villa with an elegant marble staircase. It was not what I’d pictured when I asked to be taken to the Kosher Café, which I’d heard was housed in the Shanghai Jewish Center. My stomach clenched. Had the driver grown tired of searching Shanghai’s Hongqiao neighborhood and abandoned me to find my own way? 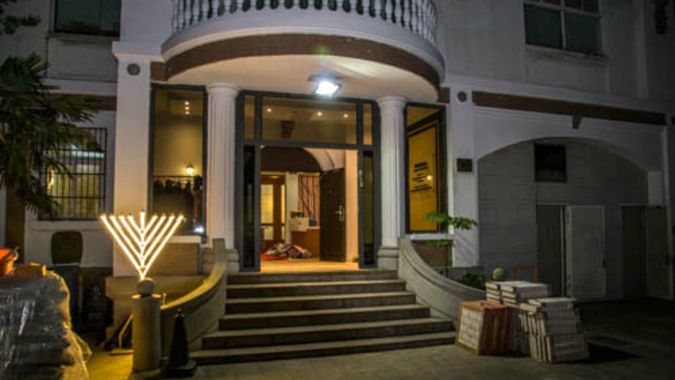 The dust-covered workmen in the vestibule did nothing to boost my confidence. After a few minutes, though, a Chinese woman led me through a set of wooden doors to a modest room with eight tables. Two American businessmen, one in a kippah, chatted quietly over their meal. A black-hatted teenager looked up from his computer. But there was no clatter of dishes; no waiter coming over with water and a menu.

This was the Kosher Café?

“We’re not officially a restaurant,” Shalom Greenberg, the Shanghai Jewish Center’s rabbi, said when he joined me at my table. When I brought up the café’s unusual location and limited seating, he noted that China officially recognizes only five religions: Buddhism, Catholicism, Daoism, Islam and Protestantism. Anything built by the Jewish community operates somewhat off the grid. 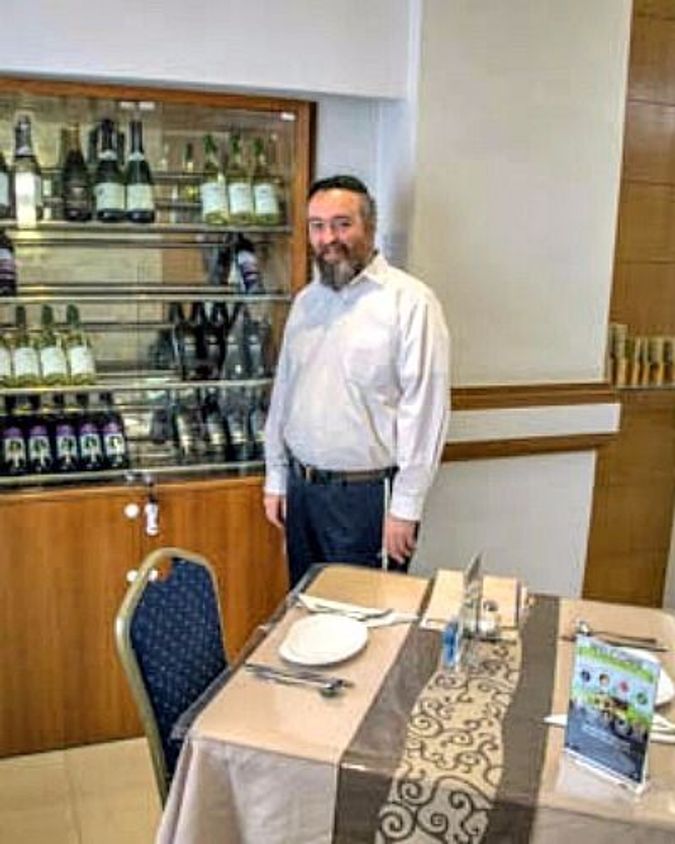 “Since we can’t have a commercial location in China, we got the biggest house we could find,” he said. “I’m registered as living here and hosting friends in my home. But the government understands that to get foreigners to come here, [it needs] to allow them to have international schools, independent ideas and to practice their religion.”

The restaurant is officially only for Jewish people — Jewish organizations must be careful about appearing to encourage Chinese passport holders to convert or join. For that reason, Chabad indicates on its website that the restaurant, events and religious services are for foreign passport holders and their families. Chinese may eat at the Kosher Café, but they’re not encouraged to do so. (Mostly they go if they’re entertaining a guest who keeps kosher.)

The menu’s offerings range from Israeli salad, schnitzel and matzo ball soup to steamed dumplings, kung pao chicken and chicken with cashews. The entire staff is Chinese and the café’s menu includes pictures, so you can point to the items you’d like to order.

Rabbi Greenberg, a compact, energetic man who seems to be as conversant in the food-service industry as he is in Talmudic law, noted that preparing kosher meals in a country whose culinary traditions embrace pork and shrimp is a huge operation. “Bread is a new concept here so I have to kosher a bakery — clean surfaces of non-kosher materials, run ovens on high for specific periods) — which takes about 36 hours, before the bread is made,” he said.

The Shanghai Jewish Center, and its Intown Jewish Center in Jing’an, house small grocery shops that carry kosher beef imported from around the world. The Shanghai Sephardic Center, known as the JCC, offers a kosher-meal catering service.

You can’t talk about Shanghai’s Jewish food scene without mentioning the city’s history as a World War II sanctuary for Austrian, German and Polish Jews escaping Nazi persecution. At a time when Western nations prohibited Jewish immigration, the international port city took in an estimated 20,000 people. In the late 1930s, many Shanghai neighborhoods were fragrant with aromas emanating from German bakeries and delicatessens, according to Dvir Bar-Gal, an Israeli who’s been leading Jewish-heritage tours of Shanghai for 15 years.

While the Chabad’s café is the only kosher restaurant in town, Shanghai offers an impressive selection of vegetarian and Western restaurants where it’s fairly easy to avoid pork and shrimp. With only 2,000 to 3,000 Jews in a city of 24 million, Jewish cuisine is unlikely to become a major player in Shanghai’s food scene.

Still, there are a number of eateries for Jews who are not strictly kosher to enjoy: 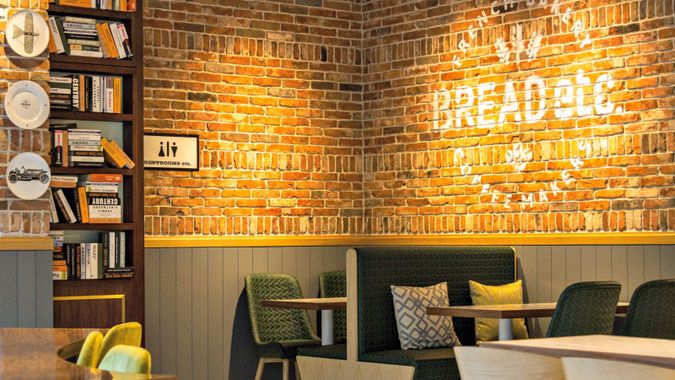 Bread Etc. is a hip, European-style bakery and café run by Israeli Frenchman Stephan Laurent that serves everything from eggs Benedict to pizza. “Bread Etc. has become a magnet for young Jews and Israelis,” said Hannah Maia Frishberg, who coordinates an organization of Reform and Progressive Jews called Kehillat Shanghai. She praised the café’s shakshuka (a Middle Eastern vegetable dish), sandwiches and lentil soup as well as the challah, which is made daily. The café is located in a charming tree-lined district formerly controlled by the French.

Happy Buddha is a vegetarian café that shares space with the WTF Bike Shop at Jiashan Market, a natural foods market in the former French Concession. It specializes in locally-produced seitan dishes and salads, and is highly ranked on local websites for Mexican-style specialties such as vegetarian quesadillas, nachos and tacos. The restaurant doesn’t cater to the Jewish community in particular, but owner Lindsey Fine says that she and her husband, Bryan, moved to Shanghai from the United States because of his interest in the city where his Polish-born grandmother found refuge from the Nazis. 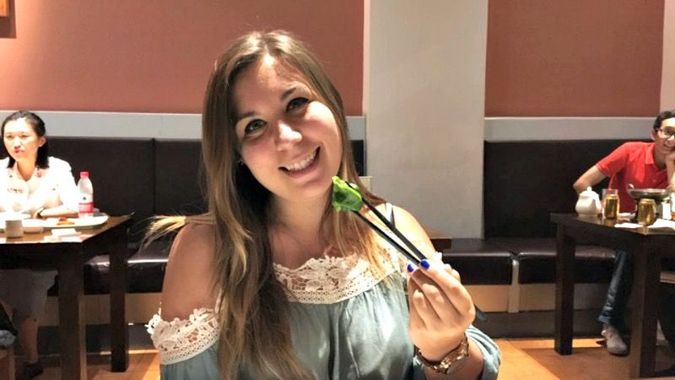 Vegetarian Lifestyle is another staple, despite its location a little farther out in the Jing’an district. Even carnivores appreciate its extensive menu and its chefs’ skill at using meat substitutes in traditional pork dishes such as spare ribs and sweet-and-sour pork. Opened in 2001, Vegetarian Lifestyle was one of the first vegetarian restaurants in Shanghai and is still considered the best by many locals.

Tock’s, near People’s Square, opened four years ago, finally giving Shanghai Jews in Shanghai a delicatessen. The Montreal-style deli — sorry, no bagels and lox — is the brainchild of Richard Tock, a Canadian hat-product manufacturer who frequently traveled to Shanghai and wanted to bring a taste of Montreal to China. The smoked meats, especially the pastrami, are popular with both expats and Chinese.

Joan Lipinsky Cochran is a freelance writer and crime novelist.