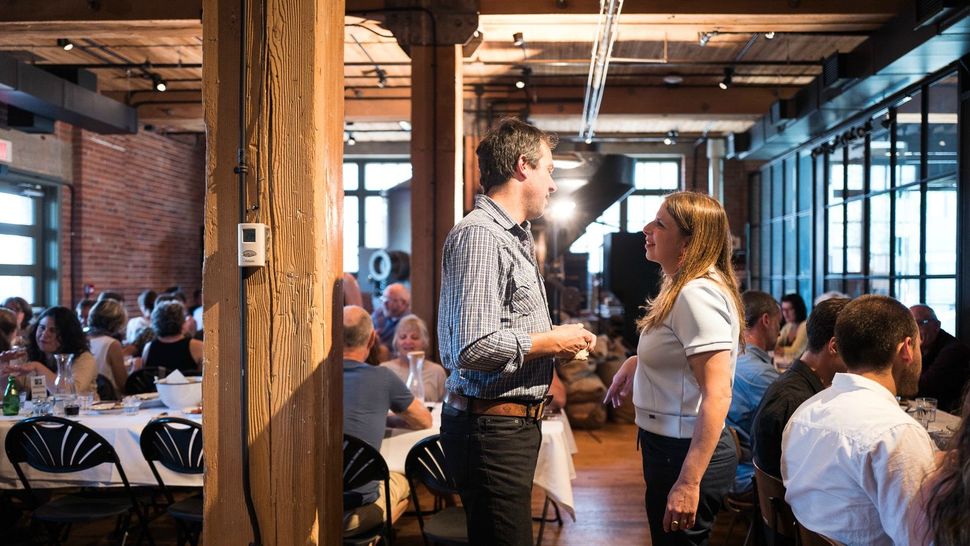 They still have trouble pronouncing “shakshuka.” But Calgary locals have gone wild for an Israeli bakery and its exotic wares — think babka, labneh and even chopped liver.

Sidewalk Citizen launched as a one-man bread-delivery service. Outgrowing its tiny rented kitchen, the bakery rehabbed a cavernous former mattress factory into a commercial cookery and dining room. Today, the bakery’s become a foodie hotspot, hipster hangout and a haven for homesick Semites across the Canadian West.

“There’s not exactly a strong Israeli food culture in Calgary,” said Michal Lavi, who runs Sidewalk Citizen with her partner in business and life, Aviv Fried. “But it’s very diverse, and people aren’t shy about new food. Our clientele got used to the tastes and terminology. And they’re realizing it’s also a nutritious, tasty diet.”

In fact, Sidewalk Citizen’s Israeli breakfast platter has become one of its most popular items; the large plate groans with generous helpings of homemade labneh, house-cured olives, charred avocado with olive oil and lemon, and hummus, along with pita baked right behind the bakery counter. 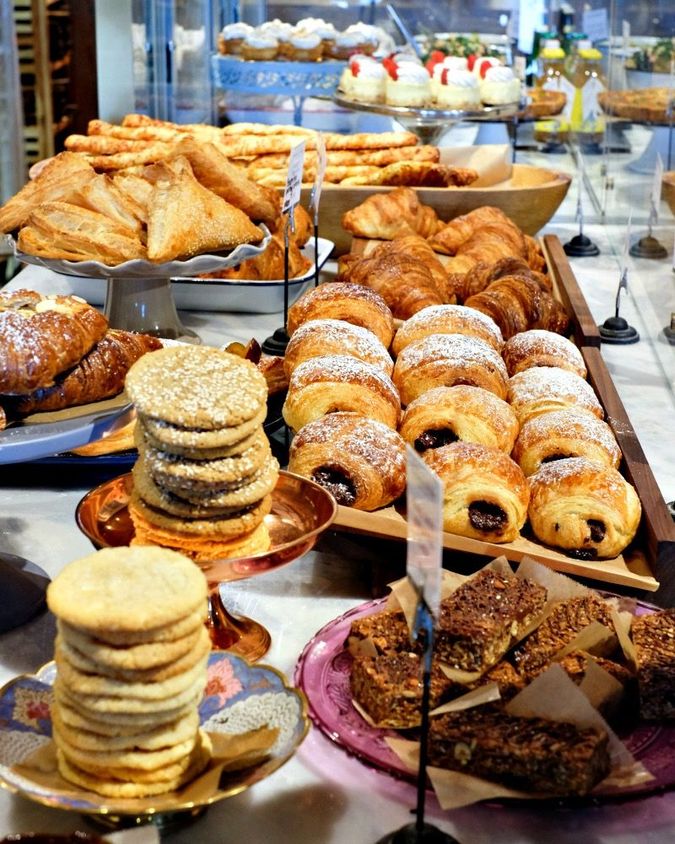 Then there’s the bakery’s babka, which has sent local foodies into paroxysms of ecstasy. Chocolate-walnut, a menu stalwart, is joined by a new flavor every week; banana-walnut was a recent hit.

“We make it out of true brioche dough, which is a very rich dough to begin with,” said Aviv Fried, an honors graduate in physics and biomedical engineering who turned to baking when his zeal for corporate work fizzled. “At first, nobody knew what it was aside from a bunch of Jewish people. And even though it’s successful, it’s nothing like in other cities. On a good day, we sell 20 babkas. In New York or Israel, that’s what you sell in the first five minutes.”

Lavi and Fried both grew up near Tel Aviv. Her parents emigrated from Romania, his father from Poland. Fried’s mother, whose parents died in Auschwitz, came from Poland after hiding in a convent as a child.

“In Israel, we grew up with a fresh loaf of bread every day,” Fried said. “We would walk to local store every day and buy a loaf. It wasn’t artisanal — just whole wheat bread — but it was fresh and it was great.”

His childhood diet influenced Sidewalk Citizen’s menu as well. “Even though my mother never cooked shakshuka or Moroccan food, we were exposed to that a lot. My father didn’t cook often, but when he did, flavor-wise, it was lots of parsley, cilantro, dill, raw onion. We gravitate to that for sure,” Fried said. 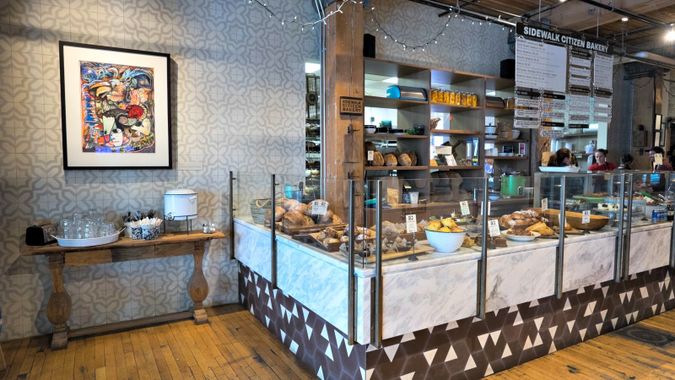 The bakery’s decor gives off a rustic vibe. Image by Sidewalk Citizen Bakery

After serving in the Israeli army, Lavi and Fried — both climbing enthusiasts — traveled the world looking for peaks to scale. “We were climbing, hiking and rock climbing all over Central and South America,” Fried said. “We lived in Telluride for a year. So when it was time to go to school, we really wanted a university in the mountains. That’s how we ended up in Canada — Calgary’s close to the Rockies.”

A big-money job offer had Fried and Lavi packing for Toronto when a change of heart hit. “It wasn’t what I wanted,” Fried says. “I had started baking in my spare time. When we were students, I’d make us both sandwiches. She would never eat hers, and finally told me it was because the bread was terrible. We thought, why is it so hard to make good bread, and why isn’t anyone doing it in Calgary?”

From its first sourdough loaves in 2009, which Fried would deliver to a handful of customers on a used bike, Sidewalk Citizen now bakes hundreds of breads every day. “At first, our customers were transplanted Europeans who missed good bread – a crusty, hearty loaf, not commercial sliced bread,” Lavi said. “There is a Jewish community here, but they’re not our main clientele, partly because we’re not kosher. We get some Israeli expats, too, mostly by word of mouth.” 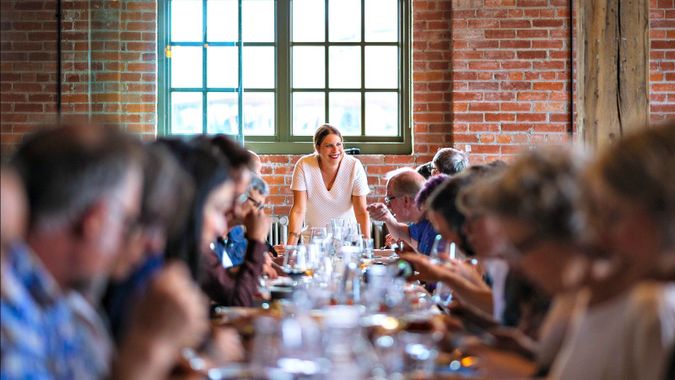 The bakery’s name is inspired by Jane Jacobs’ urbanist bible “The Death and Life of Great American Cities” https://www.amazon.com/Death-Life-Great-American-Cities/dp/067974195X, Fried explained. “She talked about how the sidewalk changes in the course of a day, the ‘dance around the sidewalk’,” he said.

The latest Israeli import from Fried and Lavi is Tzvata. The Hebrew word for “sitting together,” Tzvata started as a one-off event for Aviv and Fried’s friends; in the two years since, it’s become one of Calgary’s hottest tickets, a monthly cultural salon and dinner whose guest speakers have ranged from animation innovator Cam Christiansen to prize-winning Korean pianist Minsoo Sohn.

“We’d both been away from school, we were running the business, and we craved intellectual discussion,” Fried said. “It’s developed beyond our dreams.”