The Beyond Burger Is Beyond A Vegan’s Wildest Dreams 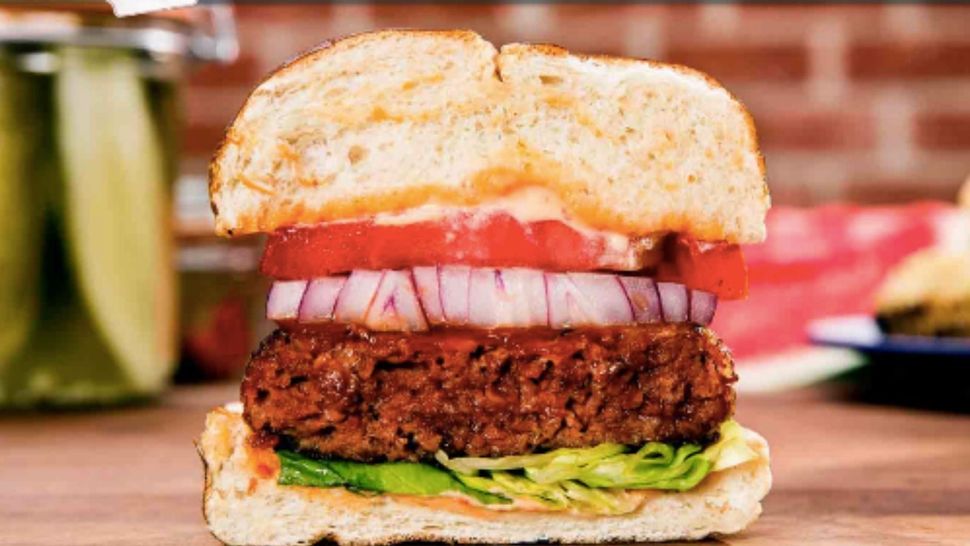 Image by Beyond Meats

Biting into a hamburger these days often comes with a hearty side dish of guilt — and not just because it’s loaded with saturated fat.

The classic, craveable, all-American dish isn’t quite so satisfying for many informed consumers once they consider all of the ethical concerns that come with modern beef production.

To bring each burger from farm to table (or from factory farm to fast food restaurant, rather), countless gallons of water are used, liters of fossil fuels burned and pounds of methane emitted. It’s quite a whopper of a carbon footprint.

And if you’ve ever stumbled across a video on the internet of how the cow became the beef patty between the bun, you might be having some horror movie-rivaling scenes involuntarily flash through your head right now. If you dine regularly with a vegetarian, you may be feeling even more guilt (as you munch on brisket, and they quietly eat their lentils).

How can such an iconically simple food trigger so many inner dilemmas?

For vegetarians, cutting out meat consumption entirely and switching to a plant-based diet is the simplest solution, which in the long run often saves them money, health complications and moral turmoil. But for many, that route isn’t so simple when the mouthwatering aroma of a patty on the griddle beckons.

Cue the Beyond Burger, the newest vegan, gluten-free meat alternative to arrive on the sustainability scene. Across the nation, foodies are obsessing over the shockingly realistic texture and juiciness of the patty, which even “bleeds” beet juice when rare. But don’t bother looking for it in the veggie burger section of your grocery store — you’ll find these pink, plant-based patties right in the meat aisle.

When word spread around the Hazon office one fateful day that a food truck was giving out samples of the Beyond Burger right on our street, another vegetarian intern and I trekked down to get a taste of what all the hype was about.

Just one bite of the burger was so convincingly meat-like that my friend, who hasn’t eaten meat in 10 years, grew nauseous and couldn’t finish hers. I, however, rejoiced in the flavor I had missed so much since giving it up and happily finished both of ours. True love at first bite!

The beguiling burgers are made mostly of peas, and each one packs 20 grams of protein along with bioavailable iron and calcium, which many vegans struggle to get enough of in their diets. Beyond Burger offers burger enthusiasts everywhere the experience they crave without having to support the meat industry; meanwhile, dinner-party-hosting vegans have a rare opportunity to fool their unsuspecting carnivorous friends.

At the moment, Beyond Meat’s facilities are not certified kosher but they are working towards receiving certification, according to a company spokesman.

Isabella Alessandrini is a summer intern at Hazon. She is a sophomore studying Dietetics and Nutrition at the University of Vermont.

The Beyond Burger Is Beyond A Vegan’s Wildest Dreams