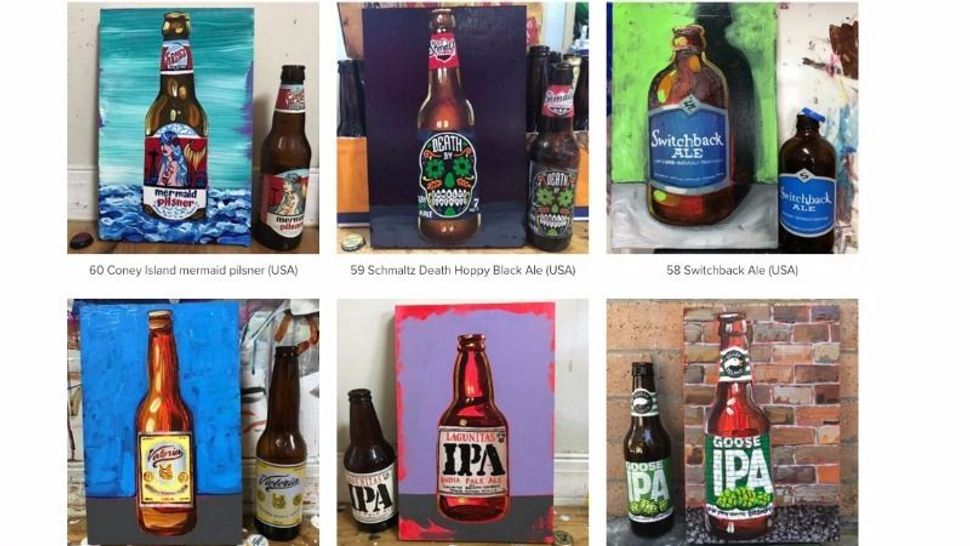 A few of the 99 beer paintings by artist Tom Sanford on view at Gitler &___, a gallery in Harlem. Image by Courtesy of Gitler &___

I don’t like beer very much, but I did pick up a six-pack last week. Okay, so it wasn’t an actual six-pack of beer — it was a “six-pack” of small paintings of different beers. The beers, 99 of them, were on view at Gitler &____, the art gallery in my old neighborhood of Hamilton Heights, owned by my friend Avi Gitler. The paintings were part of an exhibit called “99 Bottles Of Beer On The Wall,” and were being sold individually or as “six-packs,” which went for a discounted rate. The artist who made these paintings is Tom Sanford, my friend and former next-door neighbor.

This morning, Tom sent me a link to an article that was just published about the show, and I read it on my way into work. When I got to my desk, there was a box waiting for me, and in one of those funny cosmic coincidences, it contained beer — two bottles and one can, courtesy of Shmaltz Brewing Company. Shmaltz was founded in San Francisco in 1996 by Jeremy Cowan, who delivered the first cases of the first beer, He’brew, from his grandmother’s car. Over 20 years later there are multiple varieties, all with fun, creative packaging.

I wondered if Tom had painted a Shmaltz brew — I didn’t think I’d seen any. Cut to the second cosmic coincidence (okay this one’s maybe not all that surprising, given that there were 99 beers): I asked Tom, and indeed there was a Shmaltz on the wall: a porter called Death By Shmaltz Blackale. 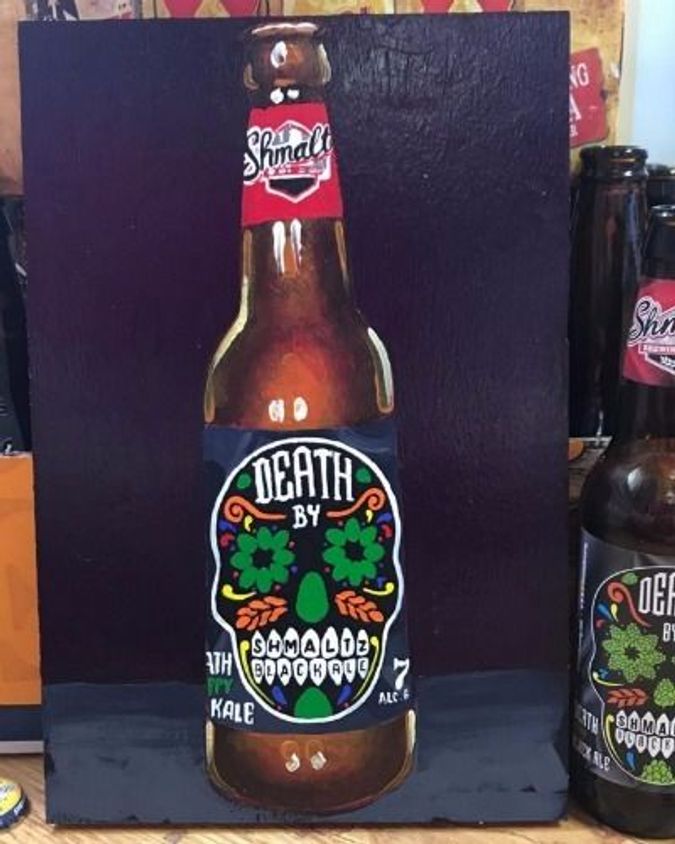 That wasn’t one of the beers sent to me at work. What I got today was Slingshot, a craft lager; Wishbone, a double IPA; and Star Trek The Next Generation Symbiosis, an ale made to mark the 30th anniversary of the show’s premiere. I’m not exactly sure why they chose those particular beers to send me — perhaps I’ll investigate at a later date.

For now, back to Tom’s show. Each of the 99 beers was consumed for the project by Tom and his friends. After finishing each bottle — he and I drank a couple together about a month ago (mine was Hoffbrau) — he painted the bottle. He described the process as a kind of meditation on the beer and the people he drank it with. According to a press release put out by the gallery, Tom “…set out to document not a months-long binge with friends and well-wishing strangers, but rather, offer 99 variations of something that is comforting, communal and familiar.” 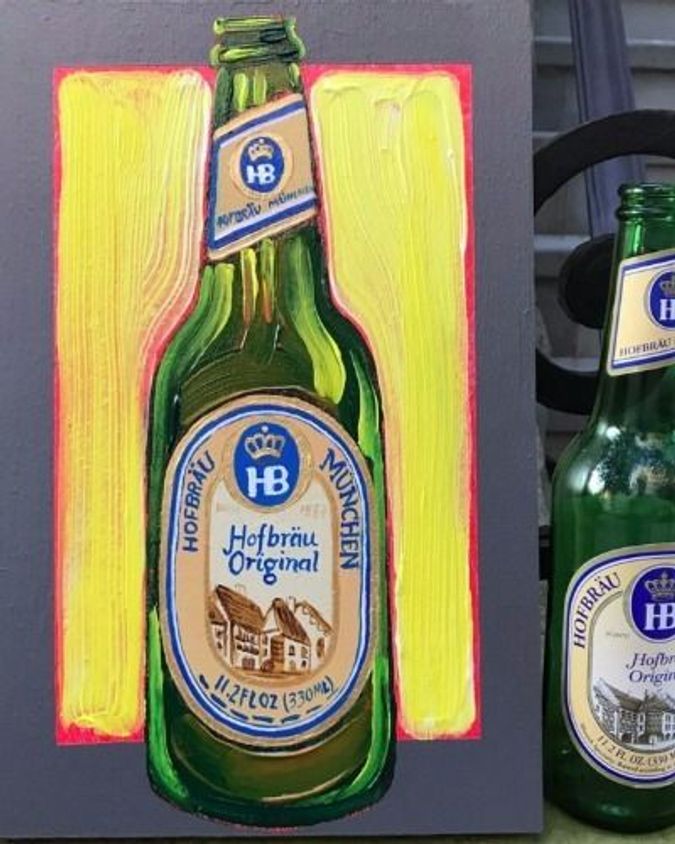 The beer consumed by the author was Hofbrau, painted after her drink with the artist. Image by Tom Sanford

Maybe that’s why I was moved to purchase the beer pictures. I plan to hang a few of them around a little bar area I’ve set up in my apartment. And in the same communal spirit with which Tom approached his project, I am giving three of my paintings away as gifts to people I was thinking about when I saw “their” beers.