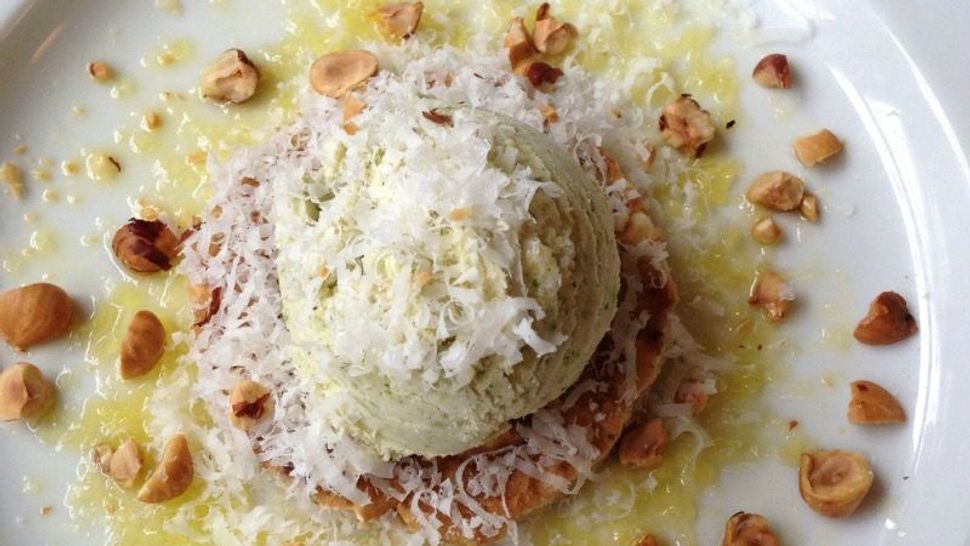 But one bite of the new rugelach ice cream at Quality Eats, a Manhattan steak house, reveals its Semitic roots: chewy chunks of rich rugelach from Orwasher’s, the century-old New York bakery, in a sweet-tart base of cream-cheese/sour-cream ice cream. The treat debuts this week.

We started wondering about other Jewish-y ice cream flavors. Turns out there’s a universe of frozen dairy desserts with haimishe Hebrew DNA, some of them pretty outrageous. Here are some of our favorites: 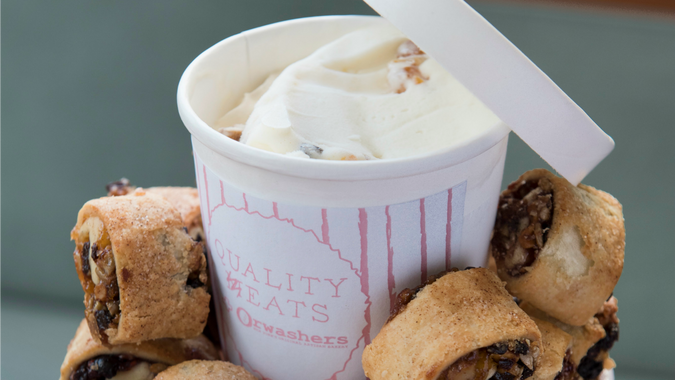 Quality Eats’ executive pastry chef, Cory Colton, has surely earned a place in the Book of Life for this creation. It’s available by the pint for $10, and is served at both Quality Eats and Orwasher’s in New York. 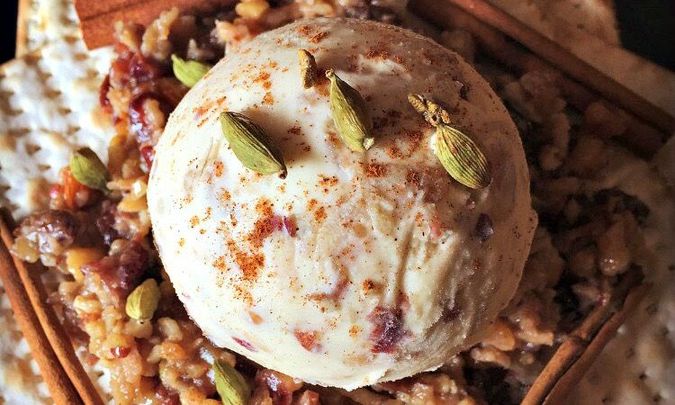 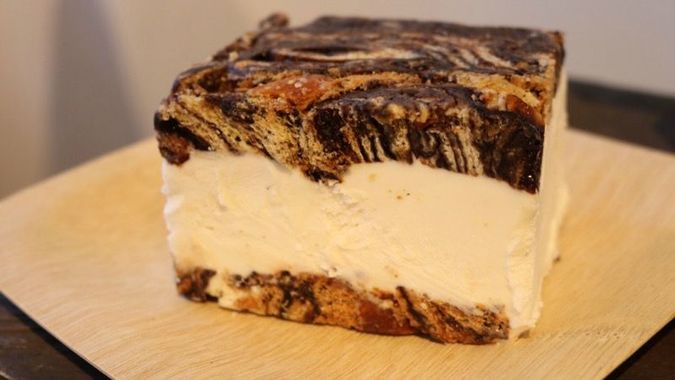 On Rye’s babka ice cream sandwich Image by On Rye

So the ice cream itself is plain vanilla — sue us. When you sandwich it between pillowy, luscious babka, as Ilyse Fishman Lerner does at her Washington, DC deli, you’ve reinvented the wheel. 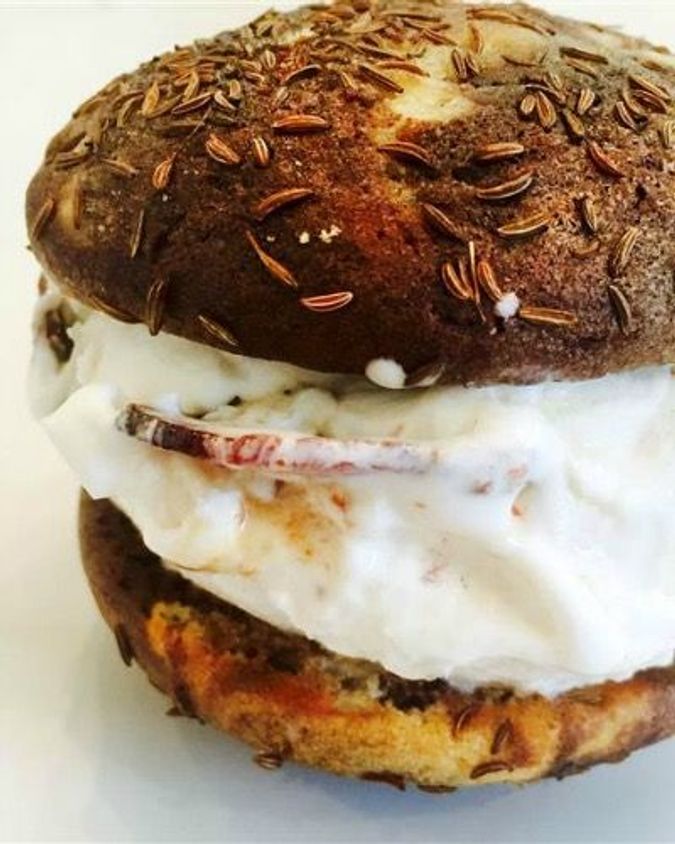 Kosher, it’s not. Delicious, it is. Coolhaus’ meat-infused ice-cream became a global sensation by replicating deli memories in a cone. The pastrami flavor is about “salty, sweetness, savory, fattiness,” founder Natasha Case told the Forward https://forward.com/food/321449/pastrami-ice-cream-anyone/. “Not that different from what our ice creams do already.” For perfect pastrami ice cream sandwiches, caraway seeds were added to marbled-rye cookies. 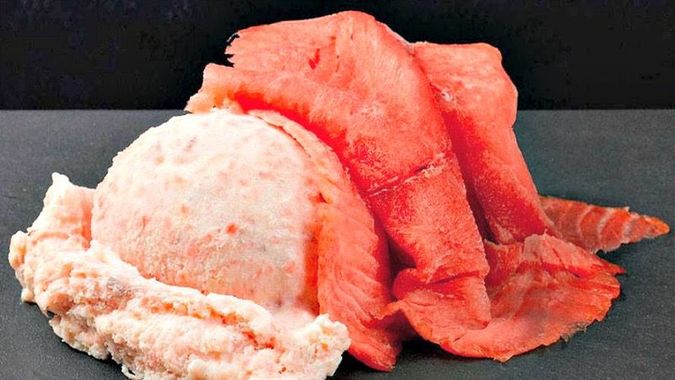 Well, we do eat smoked-salmon and cream cheese. Is ice cream that much of a stretch? At this Queens shop, it’s vanilla ice cream blended with nova lox bits, cream cheese and salt. It sounds repulsive, but — against all odds — it works.

What happens when you mix goat milk and tahini? At Seed & Mill, which creates some of the world’s most delicious tahini, you get an incredibly rich ice cream with faintly nutty undertones. Top it off with mixed halvah crumbles, just-milled tahini, sliced almonds or chocolate shavings. 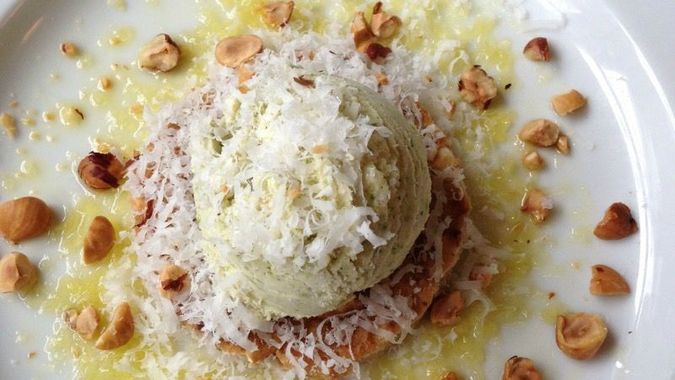 Jared Goldman’s genius idea was to combine Jewish-themed storytelling with a monthly ice-cream pop-up. Sellout crowds have devoured his tales — and his creations — like the “Maurice,” his Passover concoction of brown butter-and-asparagus ice cream, matzo brei, parmesan, olive oil and toasted hazelnuts.