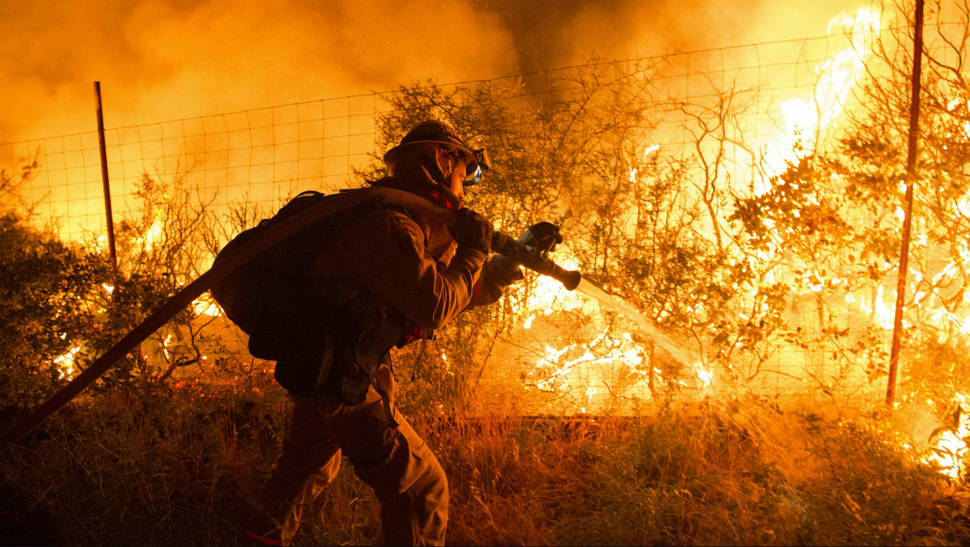 The raging wildfires that have left a trail of destruction across northern California’s wine country have been fickle when it came to kosher wineries.

One vineyard, Hagafen Cellars, sustained serious damage. The other, Covenant Winery, was largely spared by the devastating blazes that have killed at least 15 people and driven thousands from their homes.

“Compared to our colleagues to the North in Napa and Sonoma, we’re in very good shape,” said Jeff Morgan, co-owner of Covenant, as he stood outside his Berkeley winery, 70 miles away from the fires.

Still, the air was full of smoke. “I’m not just smelling it; I’m in it,” said Morgan. “I wish I could say it was a purple haze but it’s a gray haze, and it’s hanging over the San Francisco Bay area. But we’re lucky because our winery is here [in Berkeley], and our home is here, and so it’s not threatened by the fires.”

Hagafen Cellars, in Napa Valley, fared worse, though owner Ernie Weir said he is still uncertain about the full extent of the damage. The winery building was affected mainly in the back, where the wine is made. “I can’t tell the extent of it until I can turn on the power and take a look at it,” he said. “The building is standing and it’s very well insulated and the wine inside and in barrels and in the tanks is all fine,” he added.

The vineyard, 12 acres in all, was mostly already harvested. “We did lose about an acre,” he said, “and we lost our guest house, all of our agricultural equipment, and we lost the chicken house, and the chickens, a lot of things that were on the rear perimeter of our property. They are burned in some cases beyond recognition. It was devastating.”

Covenant had also harvested most of its grapes, which come from Sonoma and Napa (as well as Lodi, which is not in the fire zone). “The good news is that 90 percent of our harvest was over; the grapes are fermenting happily away,” Morgan said.

There will be long-term repercussions, both financial and emotional, for all the wineries involved. “Vineyards can be replanted, but that takes time and money. Wineries can be rebuilt, but that takes even more money if not less time.”

Covenant does have two vineyards whose grapes were affected by the fires. “We were picking them on Monday morning and we didn’t realize until five in the morning that we couldn’t do it,” he said. We have some cabernet and petit verdot that didn’t get picked. The cabernet is hopefully coming in tomorrow once the roads are open, and I think it will be okay, but the petit verdot in the Sonoma Valley got toasted.”

The upcoming holiday of Simchat Torah presents an additional challenge.

“For kosher wineries in particular, the big challenge is to get it off the vine and picked and processed in our winery before the chag (holiday). We only have until about 6 p.m. tomorrow night and then we have a three day chag. That’s the one great challenge with kosher winemaking, that we have to adhere to halachah (Jewish law).”

Weir concluded an email he sent to friends, family and colleagues by saying, “We have been humbled by nature once again but we remain resilient, adaptive, creative and happy to be alive.”