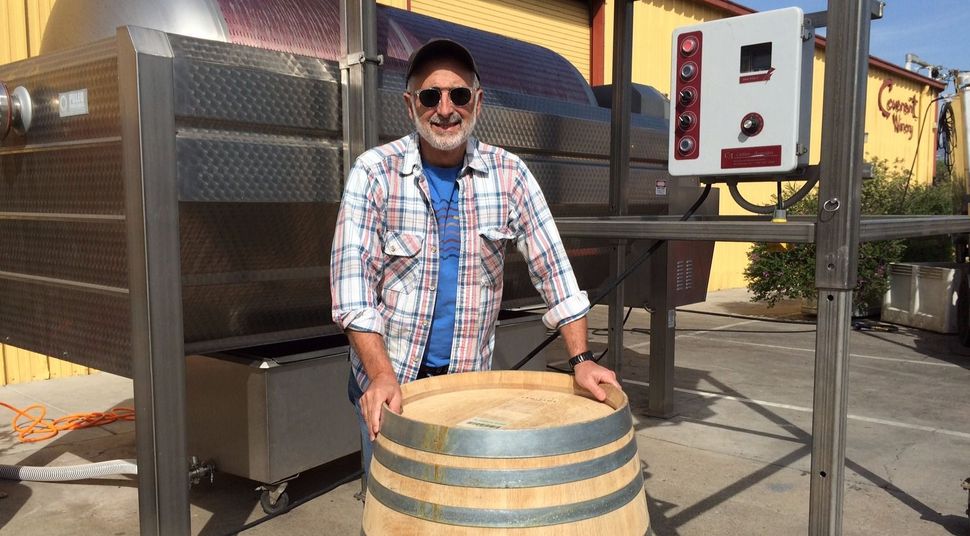 On Sukkot, Jews build huts to recall their voyage through the desert, to remember how vulnerable they were, and still are — though we may try to pretend otherwise.

For the only two kosher vintners of Northern California wine country, there is no denying the frightening reality. They received a horrific, present-day reminder of our defenselessness in the form of the deadly wildfires blazing throughout Napa Valley and Sonoma County — a reminder that goes far beyond symbolic sukkahs, or prayers and discussions in synagogue.

As of now, the fires have caused 41 deaths — dozens of people remain missing — and incinerated over 200,000 acres, destroying thousands of homes.

“Certainly, we are suffering from our vulnerability and our impermanence this year,” said Ernie Weir, owner of Hagafen Cellars, the only kosher winery in the Napa Valley, which sustained major damage, including the loss of all its agricultural equipment and its guest house. (The winery’s tasting room reopened on Monday.)

Like the symbolism inherent in the holiday of Sukkot, the relevance of this week’s Torah portion — the story of Noah — is also clear. The parsha focuses on God’s response to human failing and its contribution to what we might call the earth’s first natural disaster, the flood.

The kosher winemakers, however, resist any suggestion of cause and effect.

“Some people might say, ‘This is a result of something that we’ve done and we’re being punished for that,’ and I don’t connect to that,” Weir said. 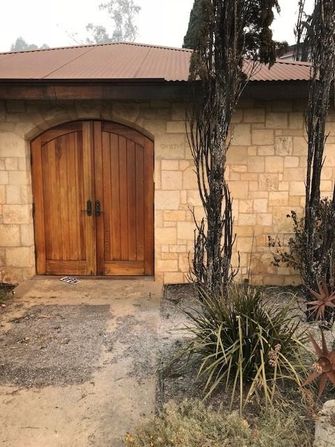 At Hagafen Cellars, damage included the loss of the agricultural equipment and the guest house — plus lot of burned trees. Image by Courtesy of Hagafen Cellars

Jeff Morgan, co-owner of Covenant Winery in Berkeley, California, agrees. “It’s not, for me, a cause and effect of doing something bad and being punished,” he said. “We often read in the Torah that if we follow the path and do the right thing, God will take care of us. And that’s good enough for a lot of people. I don’t presume to dispute that, but that’s not exactly what works for me.”

Morgan, who is originally from New York, came late to his faith, becoming a bar mitzvah in 2007, in his 50s. The Torah portion he read was the story of Noah. That feels synchronous today, but for Morgan, at the time, it seemed quite amazing.

“When I belatedly found out that Noah was my parsha — years after we started Covenant — I must admit I was blown away,” he said. “I mean, not only do we have the story of the first winemaker, but we also have what I believe is the first covenant with God: the rainbow. How was it possible that I was born on this week? And how were we drawn to the name Covenant without really knowing its significance relative to Noah?”

Had he not become a kosher winemaker, he said, his connection to Noah and the rainbow covenant would surely have remained a secret.

Covenant was spared by the fires, though four to five tons of petit verdot grapes, which were growing in Sonoma County and had not yet been harvested, were damaged. The fires also caused a particularly stressful and arduous work situation for Morgan and his colleagues.

Observant Jews had to stop working at sundown last Wednesday — which began the last two days of Sukkot — and not resume until motza’ei Shabbat, the time on Saturday evening when the Sabbath came to an end. But there was still crucial work to be done at Covenant Winery, where Morgan and his staff had to process the last of the harvest’s grapes and get them into a chilled fermentation tank before sundown, or they would spoil over the holiday.

Rather than testing his faith, however, the situation only clarified it. Even amid the damage and challenges, Morgan remained as focused as ever on adhering to the strictures of halachah (Jewish law) that govern the making of kosher wine.

The problem was, the grapes were in the northern Napa Valley, and had to make their way down to the winery in Berkeley, a difficult drive through smoky roads that would take at least a couple of hours.

“We have to ask ourselves why are we doing this,” said Morgan. “Why am I worried about getting my grapes in time to process them before the chag (holiday) kicks in?”

It was a big gamble, he said, and one he normally would not attempt, “because things can go wrong and you can’t fix them until you can go back to work.”

“I suppose, definitely, this is an act of faith today,” he said. “And if we didn’t have some kind of faith, I guess we couldn’t effectively make kosher wine. So I would say I guess our faith is challenged, but we’re going to keep it. We’re going to keep the faith.”

That sense of conviction is a powerful propellant, without which Morgan might not have attempted what he himself called “a bad idea.” As it turns out, the reward was a positive outcome, as he relayed early this week: “We got our last grapes in just before the chag!” he said.