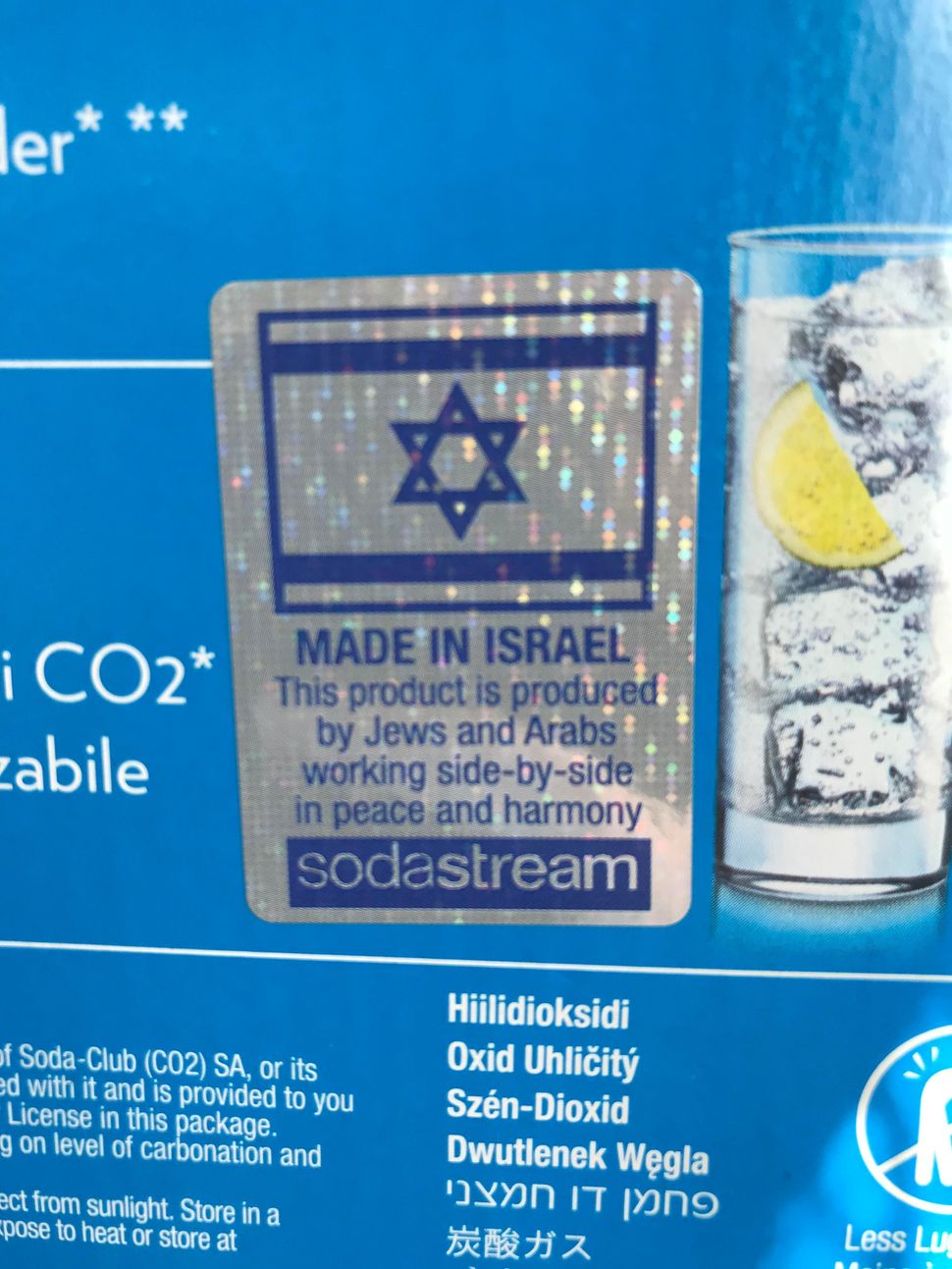 Back in the intemperate days of 2014, swearing your allegiance to or against DIY sparkling water company Sodastream was an excellent litmus test designed to measure where you stood when it came to the challenges of Israel and Palestinian co-existence.

74 Palestinians were fired when the company closed their West Bank plant due to global pressure, then re-hired when the Israeli government agreed under duress to reinstate their work permits. Mayim Bialik shilled for them, touting the environmental benefits of not wasting plastic when creating your own sparkling water at home. And when actress Scarlett Johansson joined the party (guiltlessly!), there was an international uproar. It was a full “storm in a soda cup.”

But several years later, things are a little more low-key down at the Sodastream factory.

Their beverages are now manufactured with a label that reads “This product is produced by Jews and Arabs working side-by-side in peace and harmony.” The world (by which I mean the basement dwellers of Reddit, where this photo came to light) are skeptical about capitalism promoting ethical coexistence, but it certainly is an interesting business move to counter BDS.