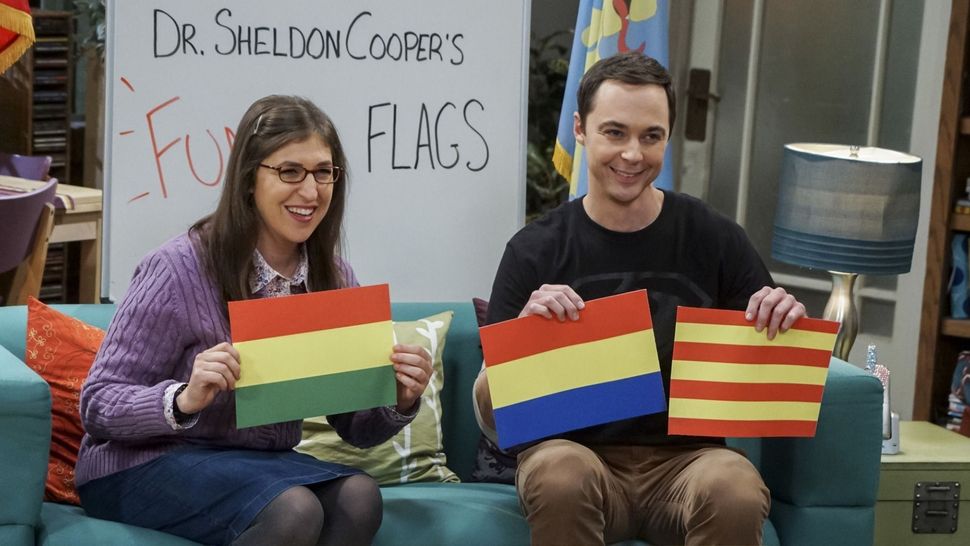 Mayim Bialik and Jim Parsons as Amy Farrah Fowler and Sheldon Cooper on “The Big Bang Theory.” Image by CBS 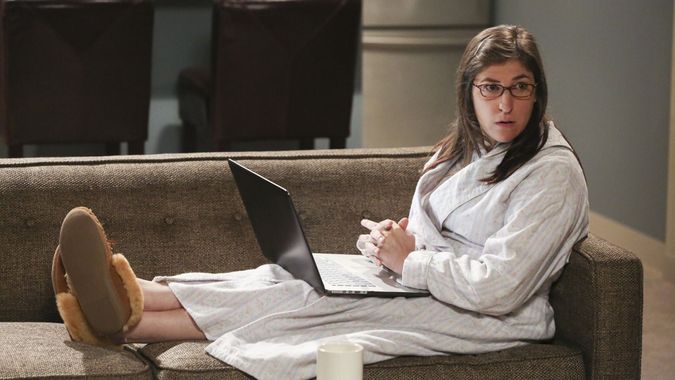 I was a senior in high school when my mom surprised me with tickets to see a taping of “The Big Bang Theory.” We were spending my yeshiva winter break in Los Angeles for a mother-daughter trip. And then, in the middle of the Warner Bros. studio tour, my mom handed me a piece of paper with printed tickets.

What followed was: a full minute of ecstatic screaming, four hours of waiting on the lot, and security that was almost as tight as the TSA. Finally, we got a seat in the studio, facing the set of Penny’s apartment. I was in awe of the sets, the cast and crew, and just the fact that I’d never thought that I would be sitting in this folding chair, sitting not fifty feet away from the people that I welcomed into my home every week.

As I sat in the audience, between scenes in what would become the fourteenth episode of the seventh season (also known as the one that featured cameos from James Earl Jones and the late Carrie Fisher), I spotted actress Mayim Bialik, going over her lines on the couch, in the set of Penny’s apartment. Her costume as Amy Farrah Fowler was simple — it would even be considered modest. Skirt to the knee, high neckline, long-sleeved sweater. She looked exactly like one of my fellow students walking through the halls of my yeshiva, or one of the mothers strolling the streets in very Jewish neighborhood on Long Island.

I was intrigued by this woman — this TV star in modest dress, whose name, in Hebrew, means “water.”

Sure, I had heard of her before — there was a very short period of my life where I developed an addiction to those “where are they now” television shows late at night that would remind its viewers about her time as the title star on the hit 90s sitcom “Blossom.” And she had been a cast regular on this show for a good portion of the series’ existence. But as I left the studio lot a few hours later that night, still thinking of sweeping skirts and long sleeve sweaters, I decided to take a second look at Bialik and learn more. 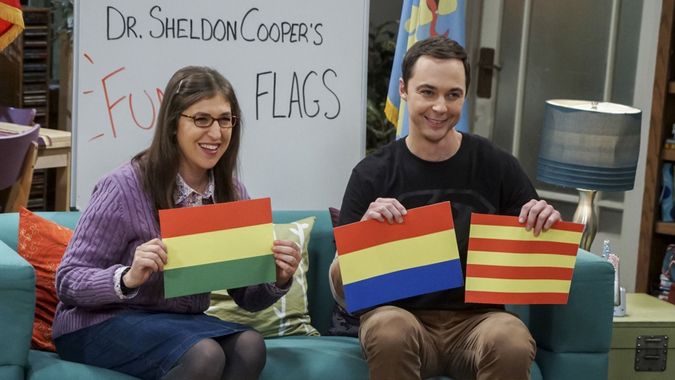 Mayim Bialik and Jim Parsons as Amy Farrah Fowler and Sheldon Cooper on “The Big Bang Theory.” Image by CBS

Like a scientist puzzling over a lab sample, I got to know the woman who plays Amy Farrah Fowler. Aside from her Israeli ancestry (yes – she is related to famed Israeli storyteller Chaim Nachman Bialik), what surprised me was how close Bialik is to her Jewish roots. She identifies as Modern Orthodox, and so values her Jewish commitments that the show worked with her schedule and filmed on Tuesday nights instead of the Friday night schedule that most television sitcoms abide by (“I obviously have to plan my challah baking,” she told the Jerusalem Post when asked about being an Observant Jew). She even graduated college with minors in Hebrew and Judaic studies (something familiar to me as a recent graduate of Yeshiva University) and has a Ph.D. in Neuroscience – an accomplishment for anyone, let alone a Hollywood actress.

Bialik has found a way to make Judaism mainstream with her blog, Grok Nation, and the use of her YouTube channel, bringing explanations of the Jewish tradition to audiences that might not be as familiar. Even the costume that initially sparked my interest could be traced back to Judaism, with Bialik wanting to abide to the laws of tzniut, modesty, something she has talked about in the past.

As Bialik once said: “Being Jewish is such an integral part of my existence I don’t even think of it as a separate identity.”

An Orthodox Jewish woman who somehow found a way to make it in Hollywood? It amazed eighteen-year-old me. She became the example for when I didn’t know if there was a way for a Modern Orthodox woman to pursue her dreams of working in the entertainment and journalism industries.

As the show ends after twelve years this Thursday, my heart hurts.

Gone will be the days when one could turn on primetime television and see a woman who seamlessly blended her religious beliefs with her secular passions. Gone will the be a time in American pop culture where there will be a character who exemplified modesty — and not because the character is on a Jewish series, like “The Marvelous Mrs. Maisel” or “Shtisel.”

Gone will be the days where I can see a woman who resembles me and the values I hold so dearly on the television screen.

Mayim Bialik has somehow brought her brand of Judaism into the spotlight with her role on “The Big Bang Theory,” and I honestly can’t tell you the next time the Jewish American population will be able to find someone like her again, no matter how patient we are with our many remote controls, or how many streaming services we subscribe to.

So thank you Mayim, for your almost ten years of primetime television and being a role model to the modern Jewish woman. To Amy Farrah Fowler, we bid you farewell. To Mayim Bialik, we look forward to seeing you soon.