Mayim Bialik: Thanks So Much For Noticing My Breast Size 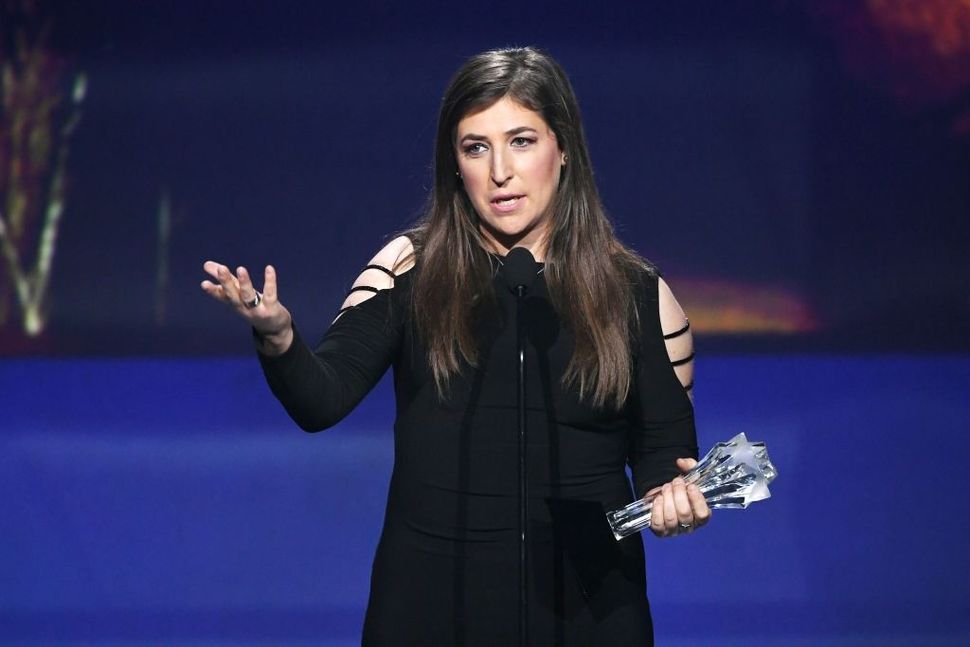 Yeah, we’ll say it — Mayim Bialik is hot! She’s also brilliant, funny, and entrepreneurial. She has good taste in eye-wear. She is many things.

The line between appreciating a person’s physical appearance and loudly scrutinizing a person’s body parts is actually pretty clear. But as everyone who’s been cat-called or objectified in a way that felt unidentifiably painful knows, it’s hard to find the words to tell your harasser why he (it’s almost always a he) shouldn’t have spoken up.

Not for Mayim Bialik.

Bialik — recovering child actress, power broker blogger, neuroscience Phd, and star of “The Big Bang Theory” — fired back at a man who commented on a photo of the actress she posted to Instagram.

“Damn a bit bustier than I thought,” he wrote, under an image of the CBS star posing with the Pokemon character Pikachu.

Look, this isn’t evil. That’s a low bar for how human beings should treat each other, though. “Now that I’m looking at this picture, I see that this woman’s breasts are larger than I first realized” — if you think it, fine. No need to type it up and send it to the person and all of her fans.

Bialik responded, anyway. “Thanks so much for noticing,” she enthused. “It’s the most important thing about me.”

The way we speak about celebrities and their bodies is complicated, because performers’ appearances are part of their act. It would be ridiculous to claim that any actor doesn’t rise and fall at least partially because of their appearance. But commenting on a person’s breast size isn’t just rude and uncalled for, it’s a power trip. It’s a way of reminding Bialik that, to some fans, no accomplishments-stuffed resume will make her really human, only a set of free-floating body parts to be enjoyed by men.

Mayim Bialik has a 12 series-long smash hit network TV show to wrap up this week. She’s pretty busy fighting for women who were separated from their children at the US-Mexico border. She’s always campaigning to help Jews make Judaism and the world a little better. And she has her own family to take care of.

But if Mayim Bialik, and Mayim Bialik alone, wants to talk more about her body, we’re all ears.

Mayim Bialik: Thanks So Much For Noticing My Breast Size