‘The Big Bang Theory’ Will End After Season 12 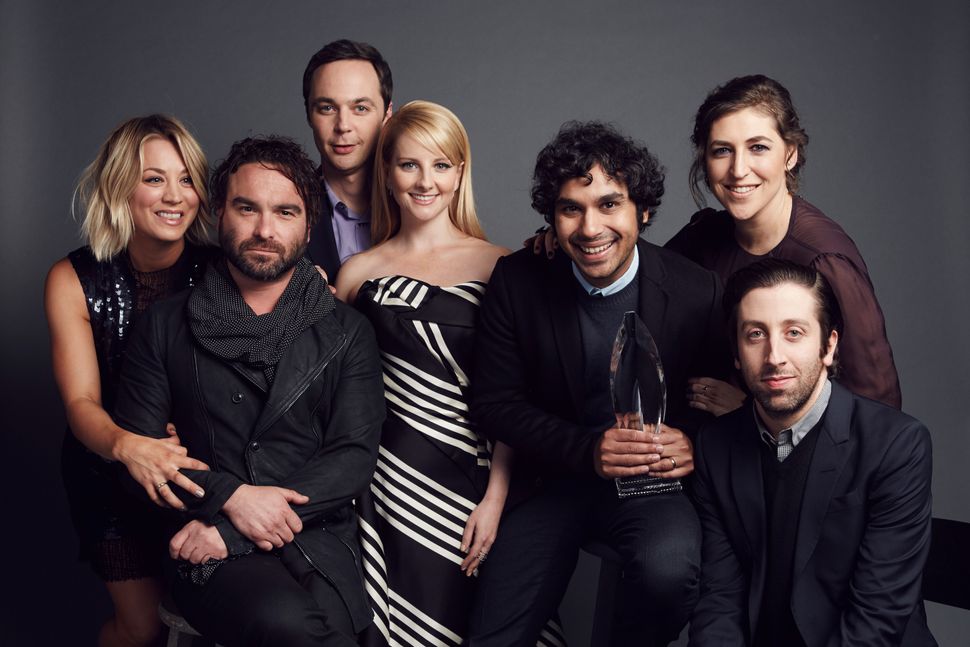 The cast of ‘The Big Bang Theory’ Image by Getty Images

From distinct periods of the universe’s existence to TV’s longest-running multi-camera series, all good things must end. “The Big Bang Theory,” the CBS sitcom that first aired in 2007 and stars Schmooze perennial favorite Mayim Bialik, will end in May of 2019, producers announced on August 22.

Currently filming its 12th and final season, the mega-hit comedy is the brain child of Chuck Lorre and Bill Prady, who are both Jewish, and whose talents have made and remade television over the past few decades. In a joint statement between CBS, Warner Bros. TV and Chuck Lorre Productions, the studios told fans that they plan to put out a “final season and series finale that will bring ‘The Big Bang Theory’ to an epic creative close.”

One more season of Sheldon, Rajesh, Leonard, Penny, Howard, and, of course, our beloved Amy Farrah Fowler. We wish it was a “bazinga” but it’s just the news — our friends are growing up and getting ready for other adventures in the cosmos. We wish them the biggest and best things on their journey.

The final season of “The Big Bang Theory” will air on CBS on September 24.

‘The Big Bang Theory’ Will End After Season 12