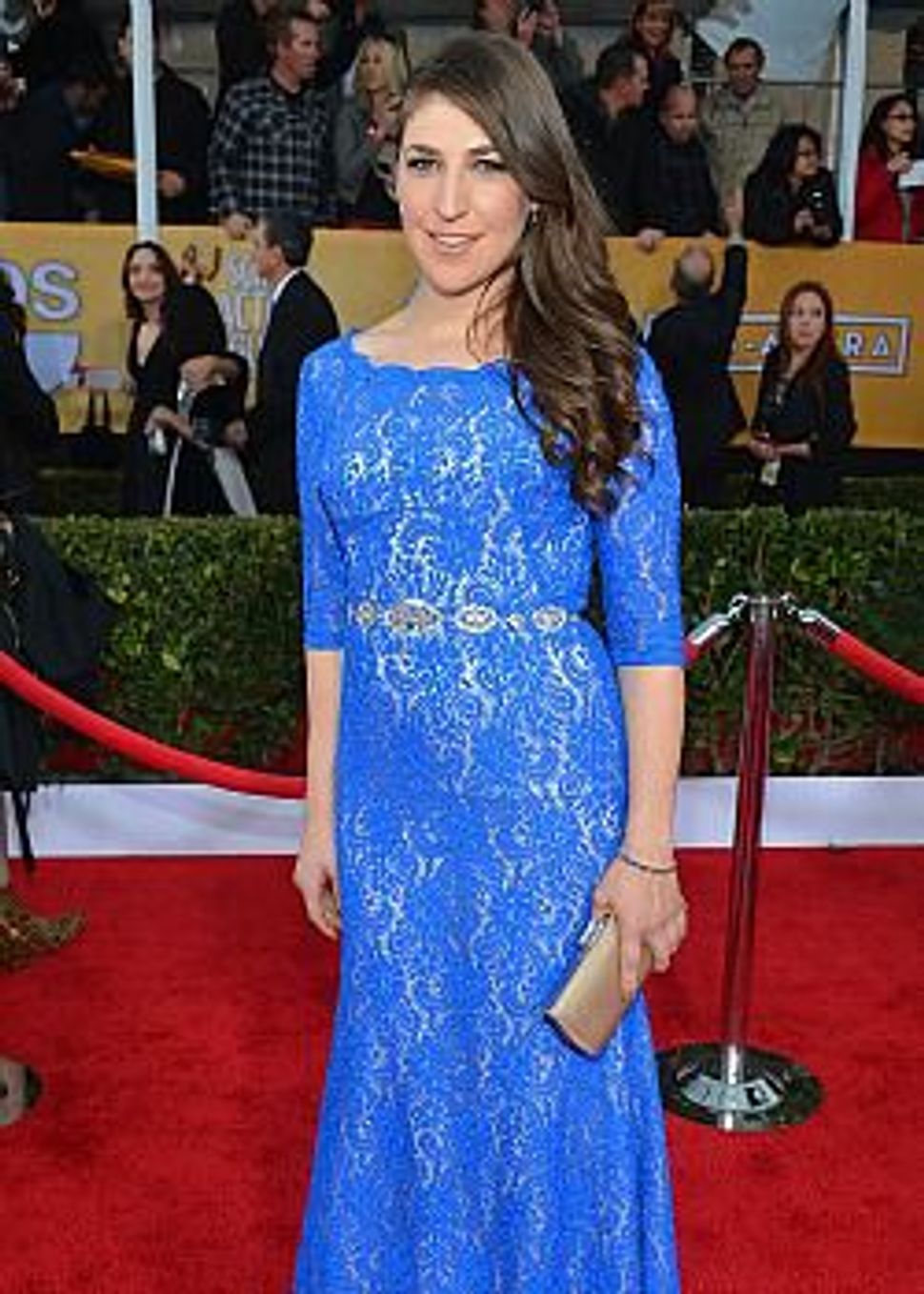 As she writes over at Kveller:

Fred isn’t going to nurse on his way down the wedding aisle or at his high school graduation. I didn’t need to break him of a “habit” and teach him “who’s in charge.” I didn’t need to set boundaries you thought I should have set when I didn’t want to set them.

Because we did it: Fred weaned.

As you might imagine, Mayim got a lot of criticism for being a strict devotee of attachment parenting, family co-sleeping and allowing her children to self-wean and all. When she titled her book on the subject “Beyond the Sling,” she really wasn’t kidding.

I don’t believe there is anything inherently wrong with breastfeeding until your child is ready to wean on his or her own. Mayim did a beautiful job of explaining how she sees this as a feminist act when she said, “we have empowered ourselves and refuse to endure a male-centered obstetric history that has taken women’s bodies and molded them to their preferences for their convenience, their comfort and for their world view.” And the fact that she managed to be, literally, so attached to her children, and star in a successful sitcom, and write about it all, means that her nursing of a kid with a head full of hair and mouth full of teeth did not get in the way with her professional life. (Though there was some speculation that her parenting methods might have had something to do with her recent divorce.)

But there is a problem in the way in which we make heroes or villains of mothers based on their breastfeeding — or other parenting choices. And Mayim participated in this culture with her promotion of her parenting style as superior for children, rather than just one way to do it.

Because the fact is that what works for one woman just might not work for the next; a few minutes online will bring up solid scientific studies to back up any (reasonable) point of view. There are studies that extol the benefits of breast milk and others that conclude that there isn’t much of a difference with formula after all. There are also studies that promote co-sleeping while others fall on the side of teaching kids to self-sooth.

The principles of attachment parenting are incredibly demanding and not all parents are physically, emotionally or economically capable of following them. I know that most of my friends, as well as myself, are not. And I know we are always feeling a little bit guilty about that fact because somewhere out there, there is a mom who is always doing more. (I have experienced insomnia-inducing anxiety over the fact that I sometimes use a stroller instead of always wearing my baby, a concern that seems quite silly in the morning.)

And so we take a big gulp of our chardonnays and chuckle about the fact that we are “bad moms” because we stopped breast-feeding at three or six months. But really we aren’t necessarily bad and Mayim isn’t necessarily good. We are all just moms doing what we feel is best for our families.