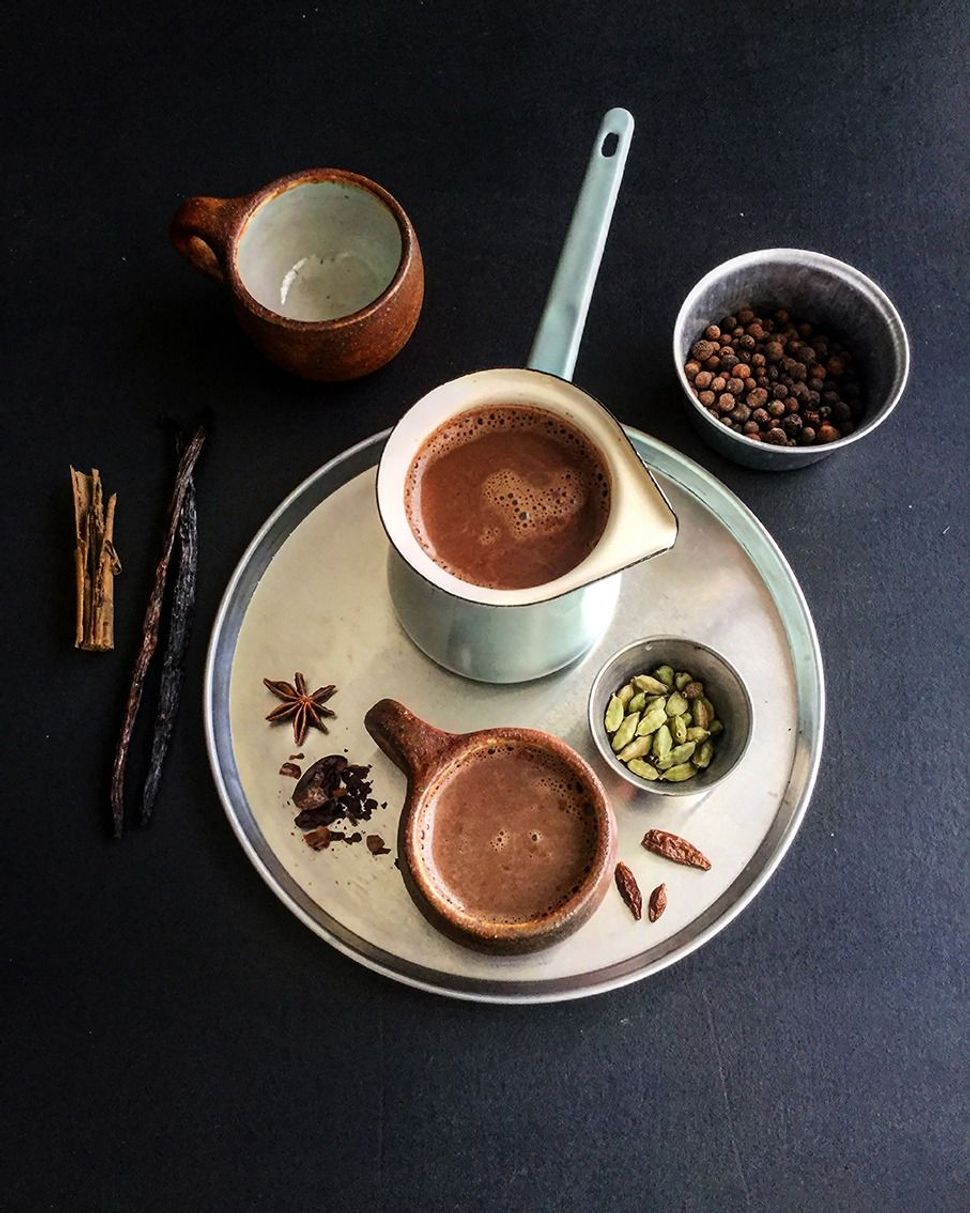 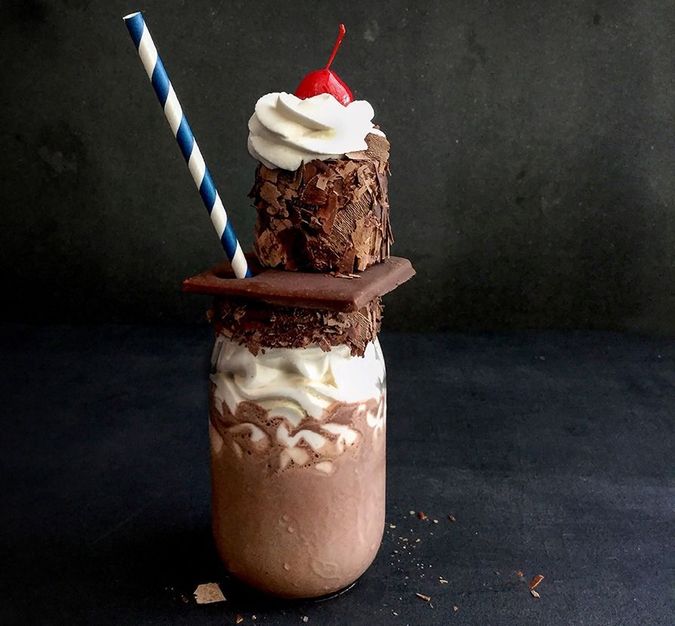 Five years after a noncompete agreement forced him out of retail, the co-founder of Israeli chocolate powerhouse Max Brenner has resurfaced with a storefront boutique that’s much more modest than his old business — but even more ambitious.

Oded Brenner opened Blue Stripes Cacao Shop in a high-ceilinged, brick-walled space in Manhattan’s East Village last week. The name of the store makes a statement; rather than chocolate, Blue Stripes showcases cacao, the under-appreciated fruit whose guts get processed into commercial chocolate. Brenner calls it “an amazing superfood. Because it’s a fruit, I don’t know what bracha you’d say on it,” he joked. 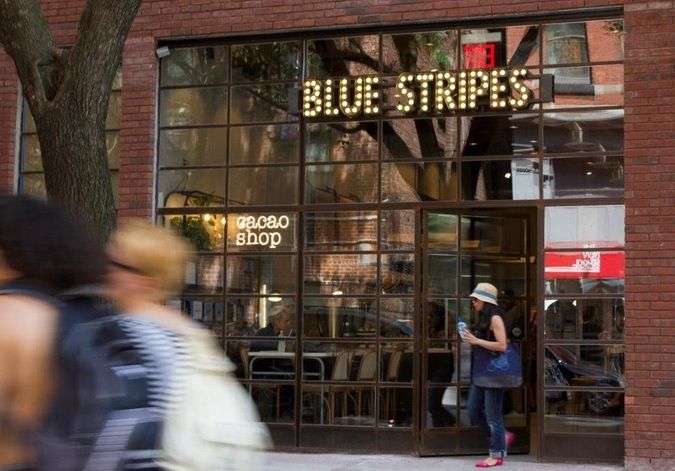 “Blue Stripes is the new generation of Max Brenner,” Brenner told the Forward. “People are not familiar with many different aspects of cacao fruit. I myself discovered it in those long five years I had a noncompete with Max Brenner. I had a lot of time to explore, travel, and investigate. Cacao fruit was one of the things that really intrigued and fascinated me. I wanted to create a concept around it.”

When cacao fruit’s opened, Brenner explained, “it has an amazing pulp that’s a beautiful white with a very delicate, slightly sour kind of flavor, with hints of guava. It has nothing to do with what people think of as chocolate. It’s smooth, light, and refreshing. I’d say that when you eat it, you feel your body’s going through an internal cleanse.” 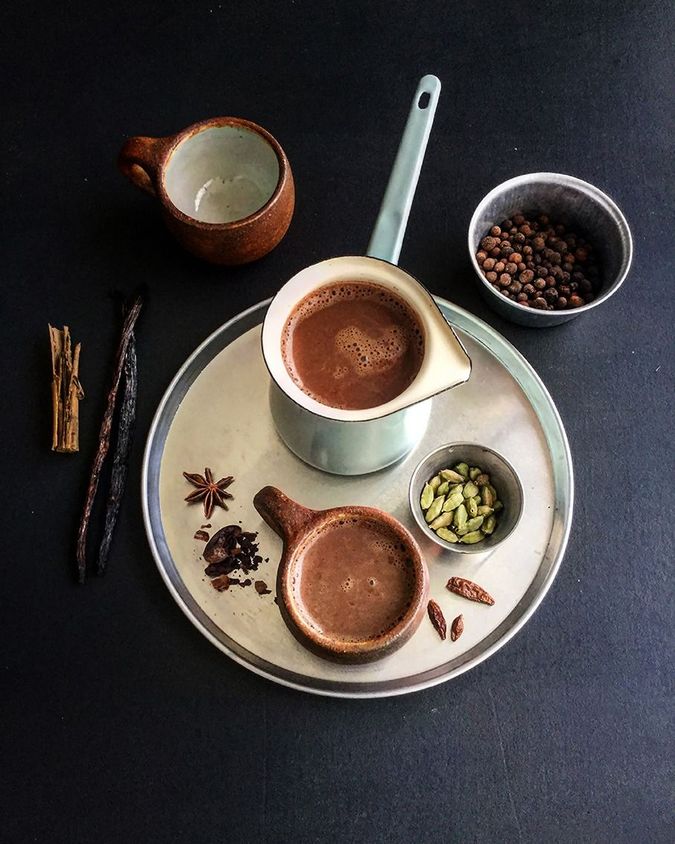 Entrepreneur that he is, Brenner realized the commercial potential. So at Blue Stripes, he’s serving up the pulp in trendy bowls and shakes – the first establishment in the world to offer cacao pulp in this form, he claimed.

“These are in the style of acai bowls, but with cacao fruit. We top it with granola, fruit, or other toppings. We’re also making energy shakes with cacao juice.” Blue Stripes baristas are also making “cacao tea” sorbets, made with cacao juice, also appear on Blue Stripes’ menu, along with branded cacao products and desserts. A chocolate bar here translates as a “crumbly cookie” made from beans ground as customers watch.

While craft chocolate’s booming in the US, Bloomberg reports the nation boasts more than 100 makers who average about $2 million each in annual sales – Brenner still expects a steep learning curve for consumers. “We’re going to have to do a lot of education,” he said. “It’s very different, very new. Most people haven’t heard about it. So in the shop, we’re explaining, showing, tasting. Once people try it, they’re hooked. It’s a much purer experience than what they’re used to.”

By now, Brenner’s backstory’s legendary in foodie circles. He and partner Max Fichtman founded the Max Brenner brand as a suburban Tel Aviv shop in 2006. After Israeli food giant Straus Group bought it, Max Brenner grew to 60 franchise locations as far-flung as the Phillipines and Singapore along with New York, London, and Moscow. Straus has since sold the entire company to two Israeli franchisees.

Oded Brenner’s first venture after leaving Max Brenner didn’t exactly pan out as planned. In 2012, after he opened Little Brown Chocolate Bakery & Coffee in New York, Max Brenner’s parent company sued him for breach of contract. Straus Group alleged Brenner violated confidentiality and noncompete agreements, according to Law360. For the remainder of his non-compete term, Brenner consulted on projects from restaurants to (cannabis edibles)[https://forward.com/food/395087/max-brenner-turning-to-marijuana-infused-chocolates/].

The experience left Brenner introspective, but also fired up. “There’s a big part of this business that’s emotional,” he said. The Blue Stripes brand partly grew out of stories Brenner would tell his daughter Nellie about his life. “The story of the business is the journey of an entrepreneur who started very young and innocent in Israel, with all of the unique, sad, and happy times of building a business, going international, then unfortunately going into very rough litigation, and starting again from scratch.”

Now, Brenner said, “I’m now telling my life story again. There’s something very beautiful, very different, and very mature in being a dad, telling my story to Nellie, and sharing it all with other people.”

Next: Wholesaling and expanding the Blue Stripes brand, Brenner said. “Some of these products are revolutionary in the chocolate field. But I’ve learned in my career that you should do things step by step, and that’s how we’re proceeding.” Japan and China make likely prospects for growth; “this is a very Asian concept,” he said.