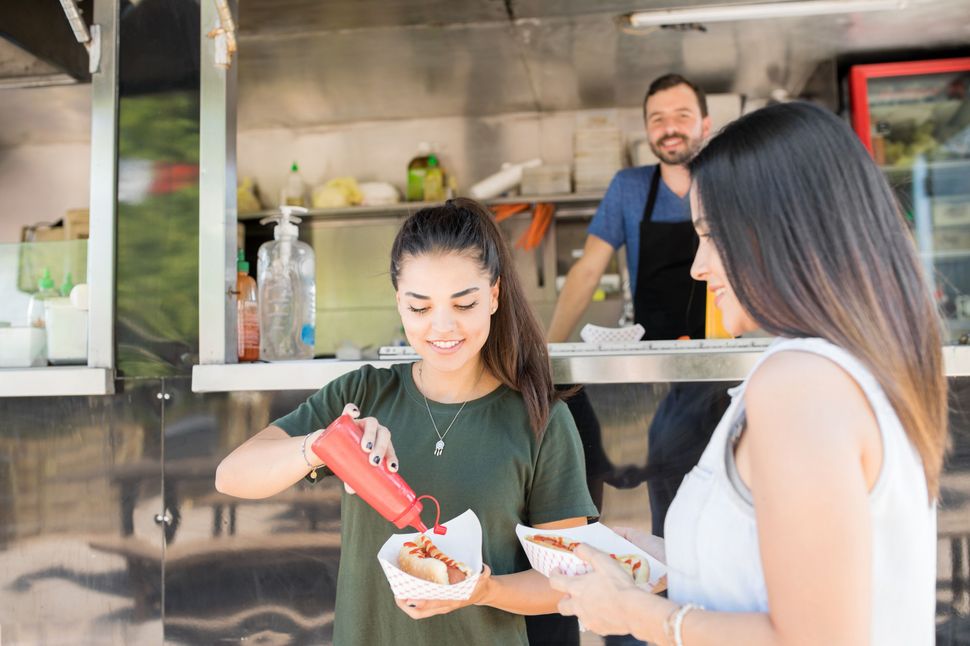 On this auspicious fourth of July, Americans will eat about 150 million hotdogs.

Baked into the heart of Americana, along with baseball games, a love for country music, fast food and Budweiser, is a love for hotdogs. And according to the Guardian’s definitive study, Hebrew National hotdogs were ranked a solid 7.1 out of 10 by the judges who measured for snap and emusification as well as overall taste. They did not measure up to Trader Joe’s all-natural uncured all-beef hot dogs, which scored a sweet 7.4, but ce’est la vie.

Unlike lesser hotdogs such as Casper’s and Nathan’s, Hebrew National was deemed “pretty tasty, if not slightly too salty.” While the hot dog itself isn’t kosher in origin (it’s more Austrian or German), the innovative Jewish butchers of the Lower East Side in the early years of Jewish Americana began developing their own kosher beef hot dogs.

In 1905, Theodore Krainin, a Russian-Jew, created the Hebrew National Kosher Sausage Factory in the Lower East Side, and the rest is history. In fact, a 1921 article in the Globe and Commercial Advertiser acknowledged that Hebrew National had “higher standards than the law requires.” Remember, this was in the days of Upton Sinclair’s The Jungle, when people regularly died because of unsanitary factory conditions.

So if you’re a Jew with mixed feelings towards your motherland of ‘Murica, who is still invested in celebrating this holy Independence Day, consider zipping down to your nearest grocery store for some artery-clogging fourth of July goodness.

Shira Feder is a writer. She can be reached at feder@forward.com