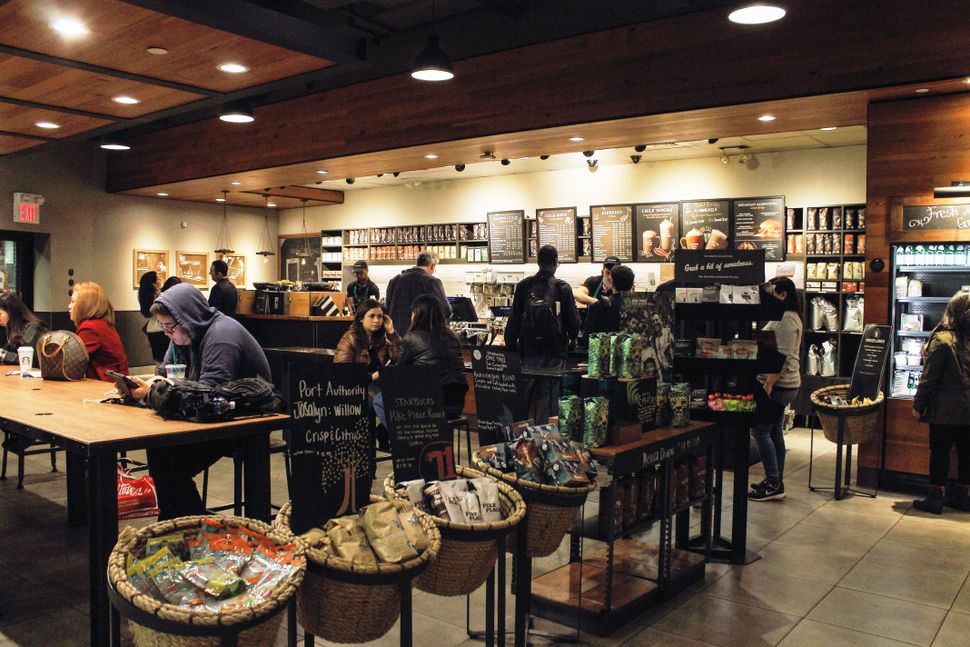 Starbucks has never been 100% kosher, per se (and we’re not talking about its illusions of third-wave coffee grandeur). For years, it has been functionally kosher, with certification groups like STAR-K providing customers with information about what they can comfortably drink – and what they can’t.

That just ended. The STAR-K kosher information program, which dedicated itself to consistently checking which items were kosher, is no more.

In 2011, when Starbucks began serving hot non-kosher sandwiches like its chicken & double-smoked Bbacon, the kashruth of everything at Starbucks, including the drinks, was called into question by Orthodox rabbis. Some rabbis were lenient, ruling that Starbucks’ drinks were still kosher enough, while some rabbis took a harsher stance.

“As a kosher certification agency, we were directed by our rabbinic administrator, Rabbi Moshe Heinemann, not to take a lenient position on this topic and to leave this to individuals to discuss with their own rabbis,” said Rabbi Zvi Holland, of STAR-K.

Amidst a growing swirl of confusion, STAR-K created a list designed to serve the public, of acceptable drinks that Orthodox Jews could safely order from Starbucks — whose equipment did not come into contact with that of non-kosher food. Rabbi Heinemann, who led STAR-K at the time, felt it was also safe to publicize that travelers who could not access kosher coffeehouses would be able to purchase coffee from Starbucks, relying on halakhic leniencies for travelers.

“In 2015, we were approached by Starbucks to expand the updated information we provide even further, to include drink items served in stores that were not labeled with a kosher symbol,” Rabbi Holland told me. “Working directly with the company, we were able to expand the list of kosher items to include Frappuccinos, Mocha and caramel sauce among other things. We were also able to confirm which drinks were kosher without consumers needing to check labels.”

Thus STAR-K could vouch for the kashrut of certain menu items without requiring them to actually be certified, an uncommon practice in the kosher certification world.

This program was accompanied by a kosher-friendly store program in some New Jersey and New York stories where, despite not being kosher, special measures were taken to ensure that the drinks not be cross-contaminated with non-kosher equipment (i.e. that the milk frother used for a latte isn’t washed in the same dishwasher with a knife that cut bacon).

“It is this final program that Starbucks has chosen to end,” Rabbi Holland told me. The expanded STAR-K kosher information program is gone, as is the kosher-friendly pilot program.

And kosher consumers are pretty devastated. Today, a petition started circulating in the Orthodox Jewish community to demand Starbucks take up its kosher program again, aptly titled, “Make Starbucks Kosher Again.” It has over 5,000 participants, at the time of publication.

Shira Feder is a writer for the Forward. She’s at feder@forward.com