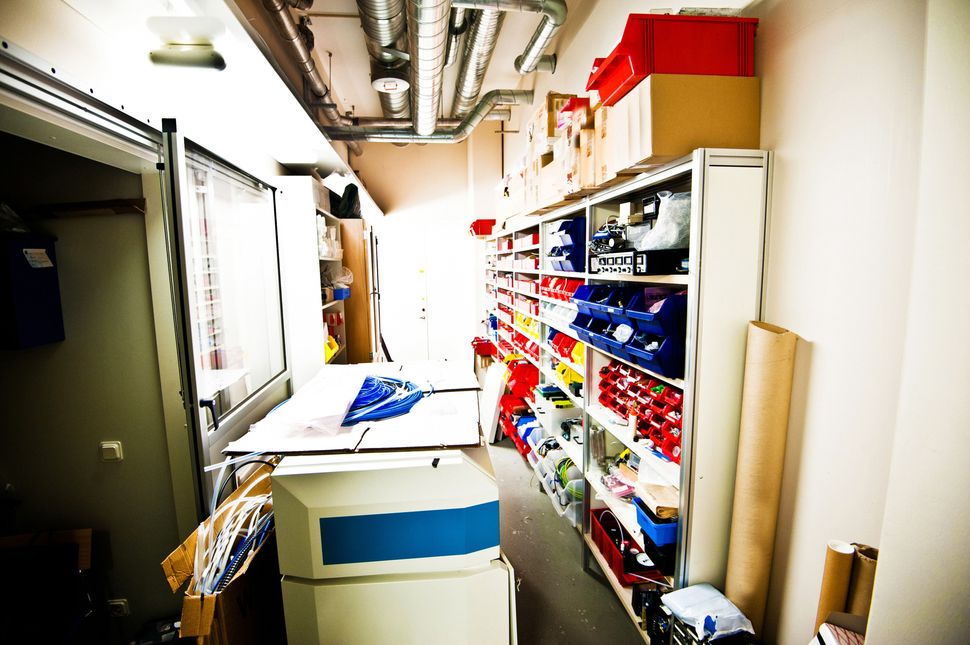 Michael is a modern Orthodox Jew with three kids, a mortgage he’s paying off, and one big storage closet in his house filled with piles of water bottles and baked beans. He thinks disaster might strike soon, wiping out most of the human race and modern civilization and leaving the remainder of humanity to fend for themselves. He’s a survivalist — and he wants to keep kosher when the world as he knows it ends. He’s one of a very small group of Jews that are stocking up for Doomsday.

These survivalists, or “preppers” as they call themselves, prepare for the worst by stocking up on non-perishable items, by learning how to hunt and by making everything from pepper spray to bomb shelters themselves.

For an observant Jewish prepper, matters are even more complicated. They must find shelf-stable food that hew to kosher specifications. The blog JewishPreppers makes list of kosher foods with long shelf lives and it’s run by Josh Wander, a former IDF soldier and self-described middle class Jew. On the Survival Podcast’s forums, a discussion of permissible dehydrated foods ensued. In dark corners of the Internet, the rare discussions about kosher rations are being had by Jewish preppers.

Michael is looking into purchasing a tilapia tank and raising his own chickens which he will one day eat, after studying the correct method for kosher slaughter. The art of meat preserving and home canning are hobbies he’s planning to pick up, too.

Most lifeboat rations, as the pre-packaged, non-perishable food items are known, contain animal products and certainly do not have kosher certification. Humanitarian Daily Rations, or HDRs, are food rations intended for humanitarian crises and they contain no animal byproducts — but they shouldn’t be eaten for longer than two weeks, and they’re expensive, to boot.

Besides, Michael probably won’t be keeping strictly kosher when the apocalypse comes.

“According to the Torah you are allowed to break rules to save human lives,” Michael told me. “In a disaster-type situation, worst case scenario, I can eat a rabbit. They’re not kosher but it’s an emergency.”

Will Michael make a bracha, or blessing, on his non-kosher rabbits before he eats them?

Shira Feder is a writer for the Forward. Write her at [email protected]