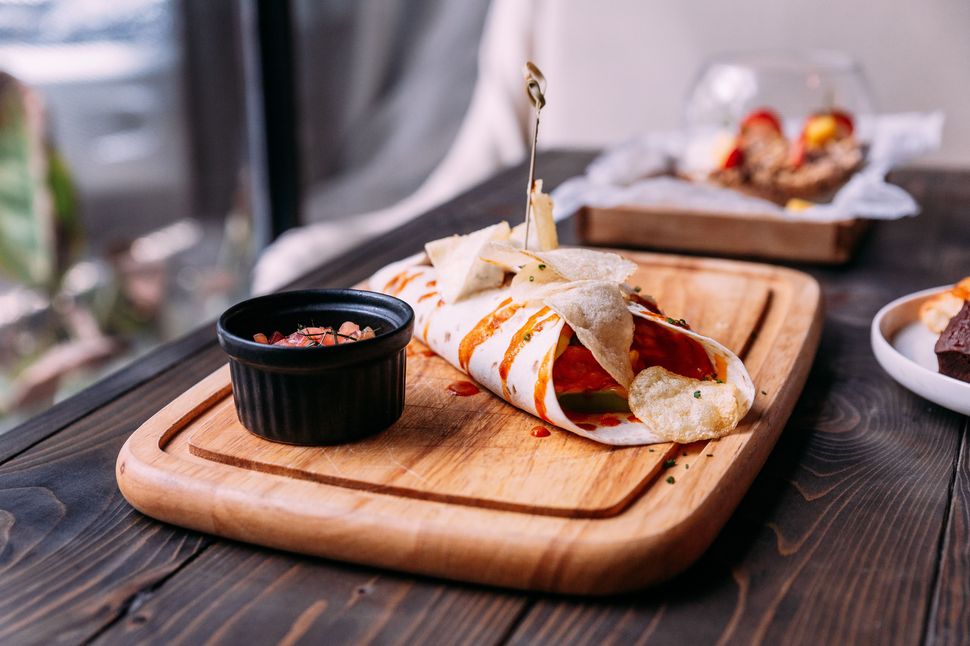 What is the shwarma experience? It’s an indulgent pita sandwich dripping with fresh salads, tahini sauce dribbling down the sides, vegetables and amba. A couple of crispy fries topping the entire concoction never hurts. Oh, and it’s filled with shawarma. At new restaurant Sultana, that shawarma is completely vegan, harming zero animals in its making.

Usually shwarma is made by putting a chunk of raw meat on a large, rotating cone. As the meat rotates, it cooks, usually for hours. It’ll take a chef with some knife skills to cut off thin slices in exactly the right way, to adorn a crispy, warm pita just waiting to be eaten. Carnivores flock to this Middle Eastern street food, which is sort of like a cross between a gyro and a taco. It’s cheap, you can buy it anywhere in the Middle East, and it’s filling.

But Israel’s growing vegetarian demographic beg to differ. Israel is the country with the most vegans per capita, and the trend is only growing — so shwarma was ripe for a reboot.

Chef Harel Zakaim told Haaretz that “As far as I know this is going to be the first vegan shwarma made out of seitan [a meat substitute made of gluten].” But the forest mushrooms he will be using as a meat substitute are anything but fast food, requiring at least two hours to cook and a gentle touch when placing on the pita. Zakaim will also be offering vegan kebabs, alongside vegan tzatziki and labneh cheese.