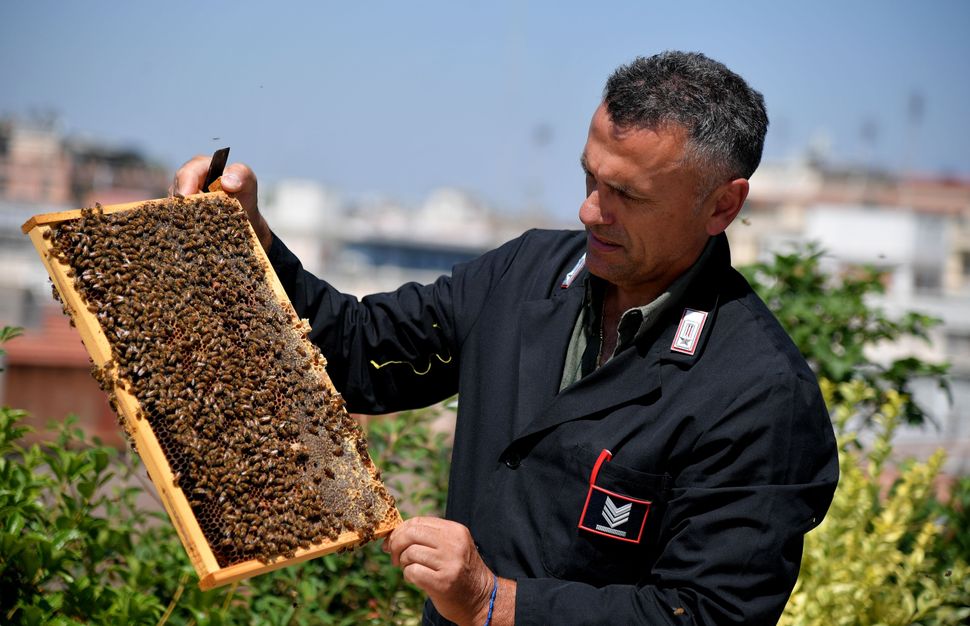 Honey is one of the few foods in the world that can never go bad, but still qualifies as real food your grandmother would recognize. Since ancient times, honey has been a major part of many cultures, and Judaism is no exemption. On Rosh Hashanah, the Jewish new year, apples and honey are traditionally eaten, to inspire the people eating it to have a sweet new year.

Bee production’s been a hot issue lately, when it comes to how honey’s made and how the bees are treated. Honey is not vegan (although some Jewish vegans do indulge on Rosh Hashanah). Most of the world’s honey comes from domesticated beehives, although wild bee colonies also give honey. Americans love themselves some honey. In 2014, the US honey industry was valued at 385 million U.S. dollars. But which state produces the most? 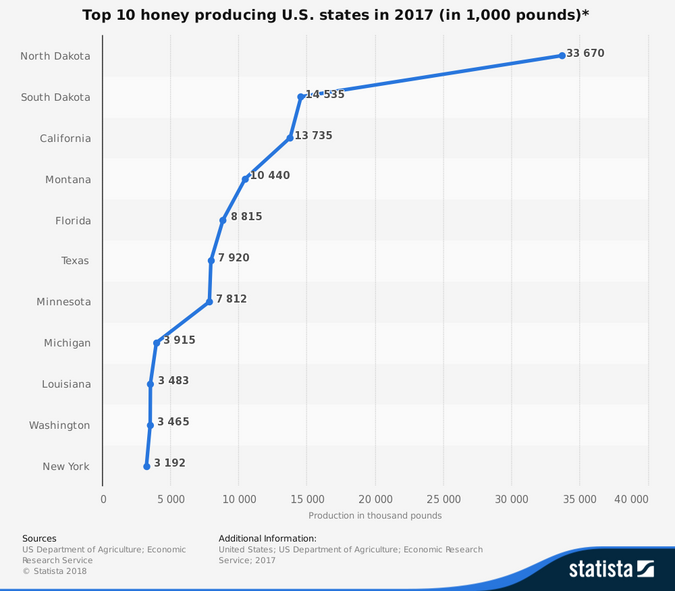 South Dakota leads the pack in honey production, with about 33.67 million pounds of honey. New York lags behind with a mere 3,192 pounds of honey (although the beekeepers at Breads Bakery are doing their best to add to it!) Beekeepers in the Dakotas are responsible for supplying one third of the nation’s supply according to the USDA-ERS Sugar and Sweetness Outlook. 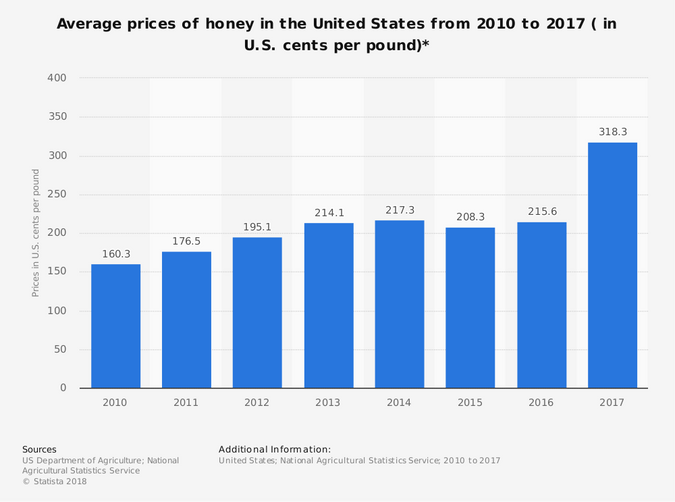 US Department of Agriculture. (n.d.). Average prices of honey in the United States from 2010 to 2017 ( in U.S. cents per pound)*. In Statista - The Statistics Portal. Retrieved August 28, 2018, from https://www.statista.com/statistics/593611/us-average-prices-honey/. Image by Statistica

Along with American honey consumption, US honey prices have also risen in recent years. If you want to enjoy a sweet new year in 2018, it’ll cost you a bit more than it did in 2010.