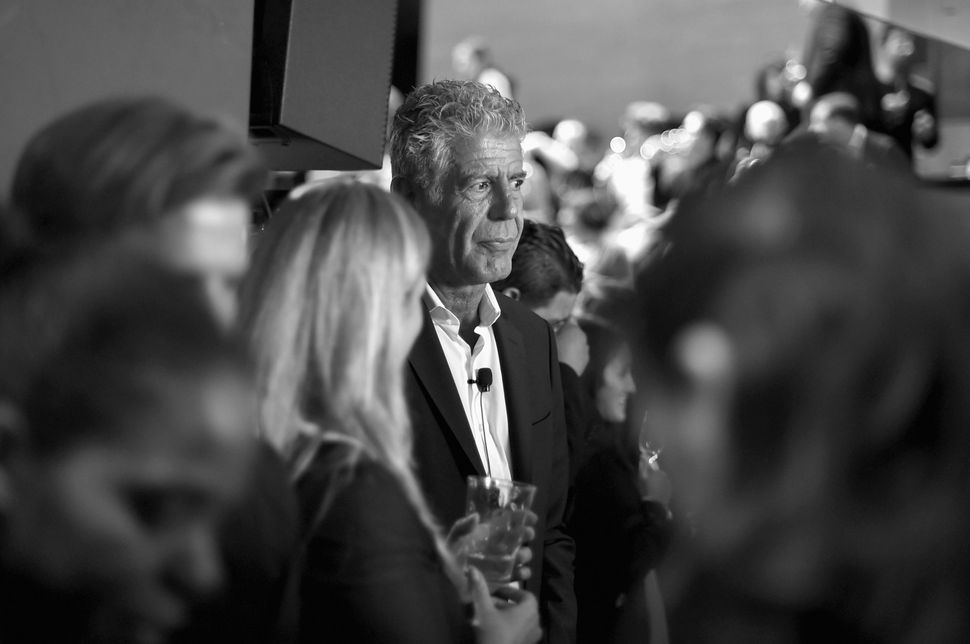 The real tragedy of the human condition is that often, adoration comes posthumously. Consider the legacies of people like Michael Jackson, Prince, and now Anthony Bourdain, and the way their reputations skyrocketed after their unexpected deaths.

Glancing at the cover of the swiftly published re-release of the Les Halles cookbook, with its nearly-hagiographic innards and cover portrait of him, arms crossed, in tasteful sepia tones, I wonder how Bourdain, the man, would have felt about Bourdain, the legend.

There have been the understandable attempts to reframe Bourdain as the perfect #MeToo-ready man and to focus on his Jewish roots, as people grapple with the fact that the the celebrity is gone, leaving us for the company of a monolithic pantheon of dead celebrity chefs instead. And there is something strange in this quick re-release, all the tenses seamlessly switched from present to past tense. 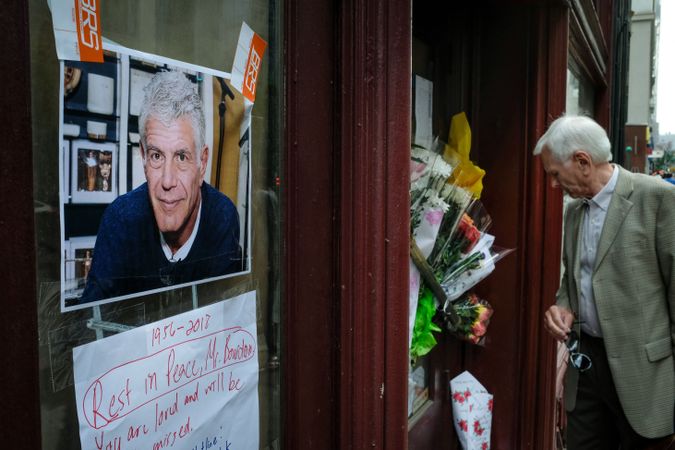 NEW YORK, NY - JUNE 8: A man looks at notes and photographs left in memory of Anthony Bourdain at the closed location of Brasserie Les Halles, where Bourdain used to work as the executive chef, June 8, 2018 in New York City. Image by Drew Angerer/Getty Images

And yet. The book is written like Bourdain is standing right next to you, alternately yelling at you (“What is your major malfunction, dipshit? This stuff is EASY!” on page 12) and plying you with helpful cooking tips (my favorite, from page 31: “When you can’t find any hippie-raised, free-range stuff, there’s always kosher. If you’re lucky enough to have Hasidim in any number around, there is every likelihood of fresh-killed poultry.”) Bourdain’s unpretentious cooking approach was appealing to those tired of near-pornographic cookbooks with impossible recipes, food snobbery rising to new peaks, and the growing preciousness of a society done with gluten, animal fat, and soy. All Bourdain demanded was that you respect the ingredients, whatever they were.

The cookbook was worth a read in 2004 — and though the author is gone, his wisdoms remain.