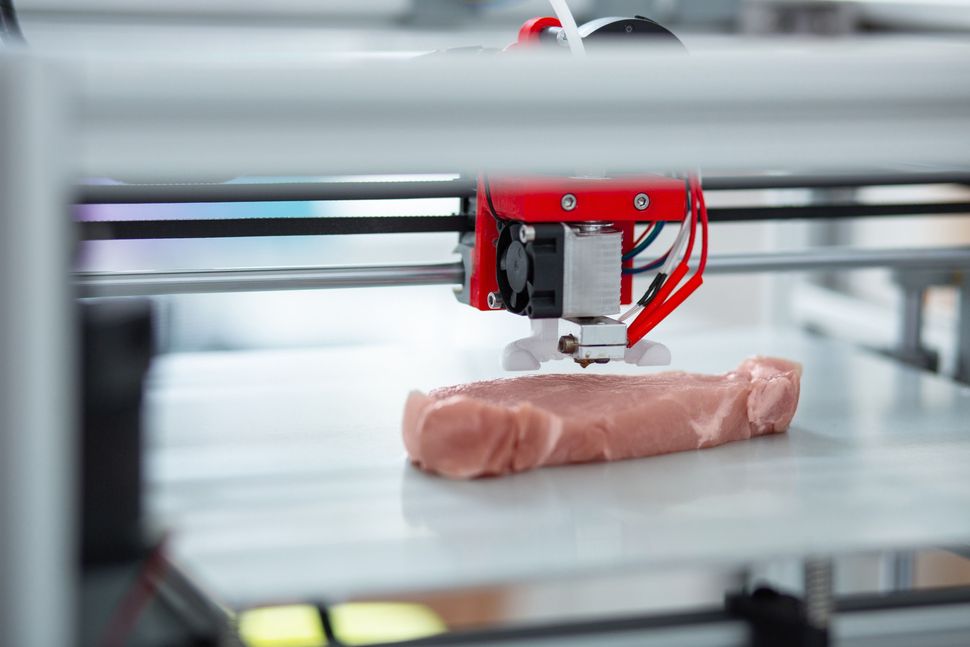 The future of food is being printed out as you read this. Eating actual meat, like people have done for centuries, has now been rendered gauche. Eating meat, or simulations of meat, is the new wave. From the impossible existence of the Impossible Burgerto the now equally impossible existence of 3D-printed vegan meat, the future is now, and it’s being printed out for you by the Israeli company Jet Eat.

According to NoCamels, Jet Eat was founded by Eshchar Ben Shitrit, a former meat-eater committed to using his knowledge of 3D printing to create sustainable, vegan-friendly food. Jet Eat has five employees, funding from angel investors, is based out of Ness Ziona, Israel, and is currently using taste testers at Israeli University Technion to assure that taste is getting printed along with protein and color.

Jet Eat’s release is scheduled to come out by 2020, but will vegans actually eat it? Ted.com asked vegans, included almost-vegetarian Morton Bast, whether they’ll imbibe. “10,000 points to the first rabbi hip enough to come out and declare a stance on the theological implications of printed meat,” she said, adding, “It’s exhilarating and awesome to watch a concept as futuristic as printed meat come into contact with a concept as old as religious tradition.”

In this final frontier of artificial eats, Jet Eat has some competitors, and the race to create a table-ready, 3D printed meal has only just begun. Barcelona based company Nova Meat, fronted by researcher Giuseppe Scionti, is hard at work trying to achieve the very same impossible goal of 3D printing a vegan burger. A filing to the United States Department of Agriculture declares that “with reduction in price, it can reach the masses with religious restrictions on meat consumption (people restricted to Hindu, Kosher, Halal diets) and finally populations with limited access to safe meat production.”