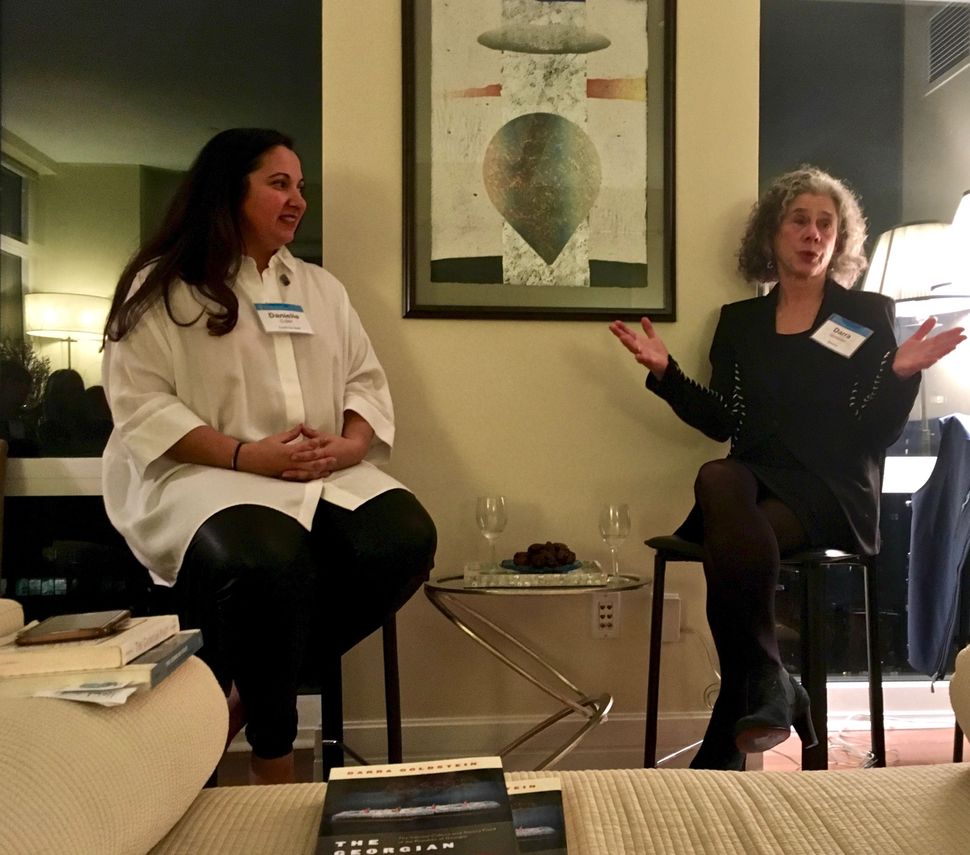 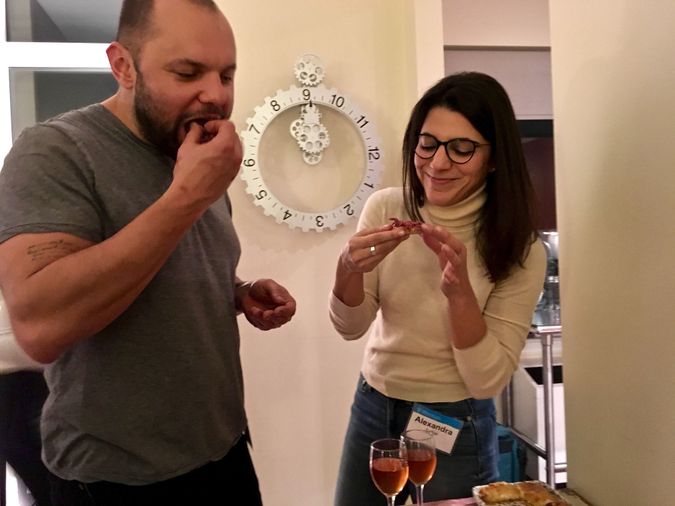 Alexandra Saltiel and Andre Ayrapetov try some khachapuri together. Image by Shira Feder

At the Manhattan home of Jewish Joint Distribution Committee board member Shari Levy, a select group of humanitarian foodies sat down to have a supra, the Georgian word for feast, last night. No one in the room had Georgian heritage, and only three people in the room had ever been to Georgia. The Georgian feast served was based on the James Beard award winning book, “The Georgian Feast” by Darra Goldstein, who was in attendance.

“I’d like to think I’ve kept something for my family,” said Goldstein.

On a trip to Georgia, while retracing the footsteps of a modernist Russian poet for a dissertation, Goldstein realized Georgian food had to be written about. “People were smiling, there were lemons, there were watermelons, there were sun, and I realized I had to write about it,” said Darra. Georgian cuisine had yet to be officially codified, with the exception of Georgian princess and feminist Barbare Jorjadze’s 1874 offering. 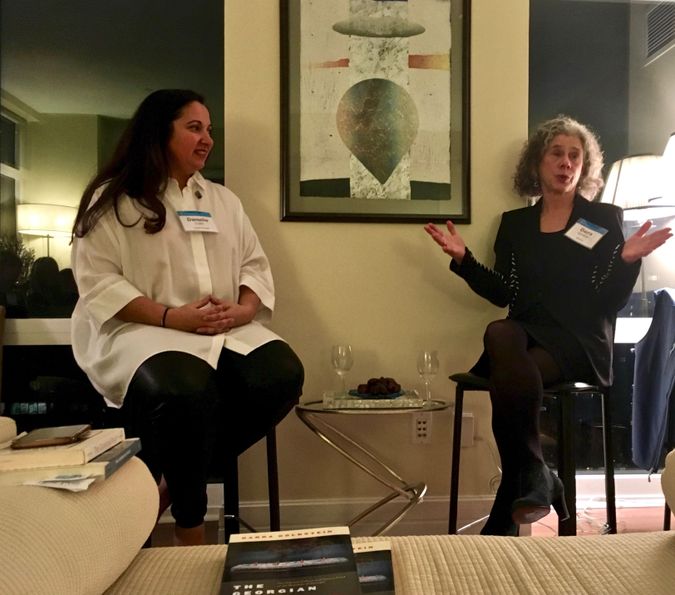 The food, cooked by JDC Food Circle organizers Rueven and Danielle Rehfeld Colen, of blogs Kosher Like Me and The Inherited Plate, respectively, consisted of khachapuri, the salty Georgian cheese bread that is Georgia’s most recognizable offering, eggplant puree and some other mysterious dips, tasting of garlic and walnuts.

“JDC food circle was made to enable donors to meet chefs to better understand Jewish life,” said Rueven. “1/3 of JDC’s budget, $119 million, is spent on care for impoverished Jews including 42,000 Holocaust survivors.”

South of Russia, east of Turkey, and neighboring Armenia, is Georgia, a country the size of South Carolina, where guests are seen as a gift from God. Supra, which literally means tablecloth, has come to mean “feast.” There’s a tamada, a designated toast-maker, who serves as a de facto repository for community knowledge, toasting to deaths, marriages and the like. “They toast to those who are gone, present and yet to come,” said Goldstein. “And women can be tamadas now, too.” 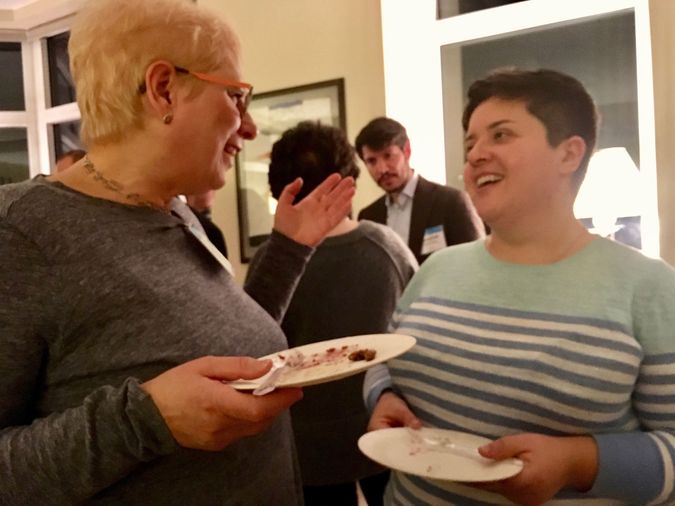 Private chef Ziva Ophir and Georgian food enthusiast and chef Marina Berger stand with nearly empty plates. Berger has spent nearly five years learning about Georgian food as a way of getting in touch with her heritage. Image by Shira Feder

And then there’s the Georgian creation myth:

“But God,” said the would-be Georgians. “We’ve been living in the most honorable way, talking about how beautiful your world is and feasting on your creations.”

So God said, “You’re right. I’ll give you the part of the world I reserved for me.” And that is how eating became a sacrament for the Georgians.