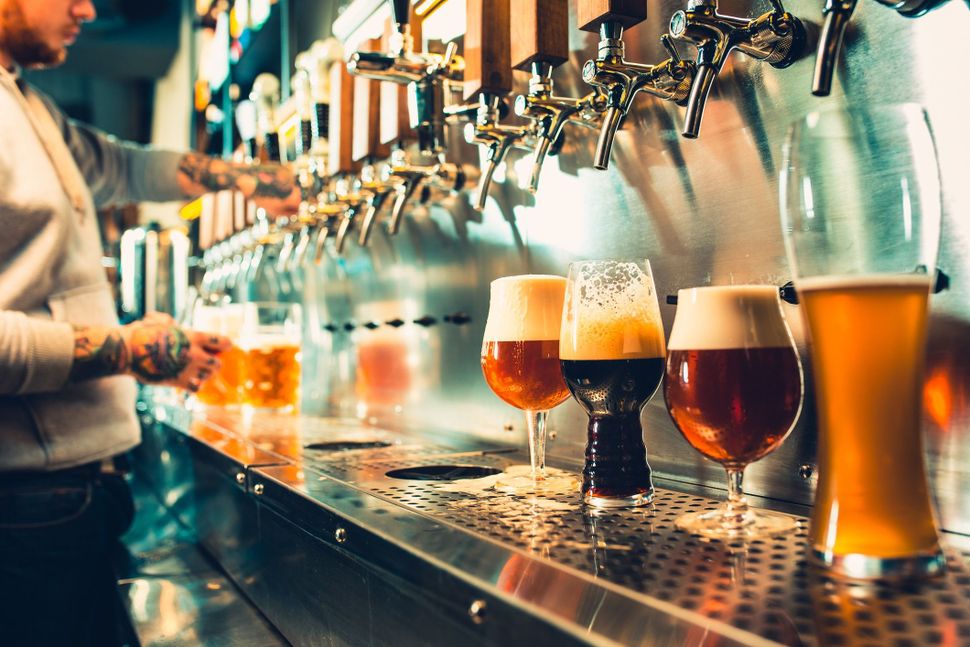 To make the Janis Hoplin beer from Leikam Brewery, first gather all the ingredients for a 6-8 hour brew day. Meld the grains for an hour and a half. Put in about 400 pounds of barley. Then put the beer in the fermenter for about three weeks. Then bring the beer to a conditioning tank. Put into kegs and force carbonate. Put a label on it and send it out the door. Sell it for seven dollars a pint.

“As far as we know, we’re the only 100% kosher facility in America outside of Schmaltz Brewing,” says Sonia Marie Leikam, co-owner of Leikam Brewery, certified by Oregon Kosher. The Leikams are Sonia Marie, her husband Theo, and her three sons, aged 10, 7, and 5. Leikam Brewery’s first kegs went out to the public into 2015. Four years later, the Leikams have purchased a property to serve as an eclectic bar and community space where people can eat and drink, do Torah study and have jewelry-making classes. In Portland, Oregon, breweries are a dime a dozen, but not for the Leikams.

“I think a big part of our identity is being The Kosher Brewery, and it’s great to have that community, but there’s more to the beer than the kosher part,” says Theo Leikam, who is not Jewish and in the curious position of running a brewery known more for being kosher than it is for the beer.

The story of Leikam Brewery is really the love story of middle school sweethearts Theo and Sonia Marie, who went to a dance together in sixth grade. “As I’ve gotten older, and particularly with my family, my connection to my personal Judaism has deepened and that’s not necessarily what he signed up for,” says Sonia Marie. “I’m much different now than I was in my early 20s, so it’s been a journey for both of us, and having the brewery be so blatantly visible as a Jewish space has at times been tension building.” 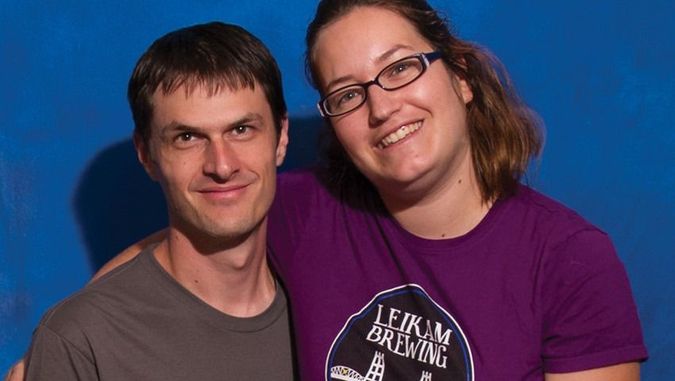 While pregnant with her third child, Sonia Marie facilitated a merger between the Jewish Museum and the Oregon Holocaust Center, and then left her job. Theo followed suit, quitting an unhappy career as an accountant. (He later made a 6.8% alcohol beer to commemorate his past career, the CPA CDA – “Dedicated to CPAs and everyone else out there putting in the long hours.”) The Leikams decided that they would either move to New Zealand or start their own brewery.

So the brewery began as a 400-square foot structure in the Leikam backyard. It was unique in all ways. “My husband is not Jewish and I am,” said Sonia Marie, “so it allows us to run the business differently. We sell the brewery during Passover, because we’re a Jewish household and we don’t own the grains, but he still works in the brewery, because he’s not prohibited from working in the brewery at that time.”

Most beer is inherently kosher, consisting of water, malt, hops and yeast. Oftentimes beers are made with clarifying agents, and those can contain gelatin or fish bladders. At Leikam Brewery, an algae-based clarifier is used, and Leikam’s hops are sourced from Crosby Hop Farm, a 5th generation family hops farm.

The kosher certification wasn’t just for Jews. “It was also a way to tell vegans its safe to eat here as well,” she said. “We have a pareve certificate, which is something vegans look for. If something is pareve, in the beer world it means it hasn’t been processed with gelatin or fish bladders.”

“Satisfy your soul and find your one love while sipping on our Mob Barley Stout. Chocolatey, roasty and bold. 8.8%” Image by Leikam Brewery

And the kosher certification wasn’t just about the food. For the Leikams, it was an ethical symbol as well. 10 cents from sales of every can goes to a different non-profit. The Maccabeer benefited a Habitat for Humanity called The House That Beer Built. The red beers benefit Rafael House, a local organization working for survivors of domestic violence. The stouts benefit organ wild, an organization focused on preserving public wildlands. The upcoming Janis Hoplin beer will be benefiting schools in the local area. Hey Porter will benefit non-profits for art education. Another upcoming beer will be named HOME, benefiting Sudanese refugees.

And yes, Sonia Marie and her husband name all the beers themselves.

But the Leikams haven’t let their near-monopoly on kosher breweries get to their head. For one thing, there aren’t enough Jews in Oregon to fuel market demand. “If we were in LA or New York, I think there’d be more market demand for our beer,” says Sonia Marie, “but here, I think we just make good beer and we happen to be known as the kosher brewery.”

As a lone couple owning a brewery, the Leikams wear many hats. Theo Leikam is a master brewer, recipe developer, janitor, keg washer and head of maintenance, while Sonia Marie handles the marketing and sales, while assisting in brewing, too.

“We easily could have gotten into this space where our whole worlds revolved around our kids and our jobs, but this brewery is a space where we get to nourish our relationship,” Sonia Marie says. “Sometimes people are like: Oh, you married a non-Jew? And I’m like: I just diversified the gene pool and am strengthening our people, please.”