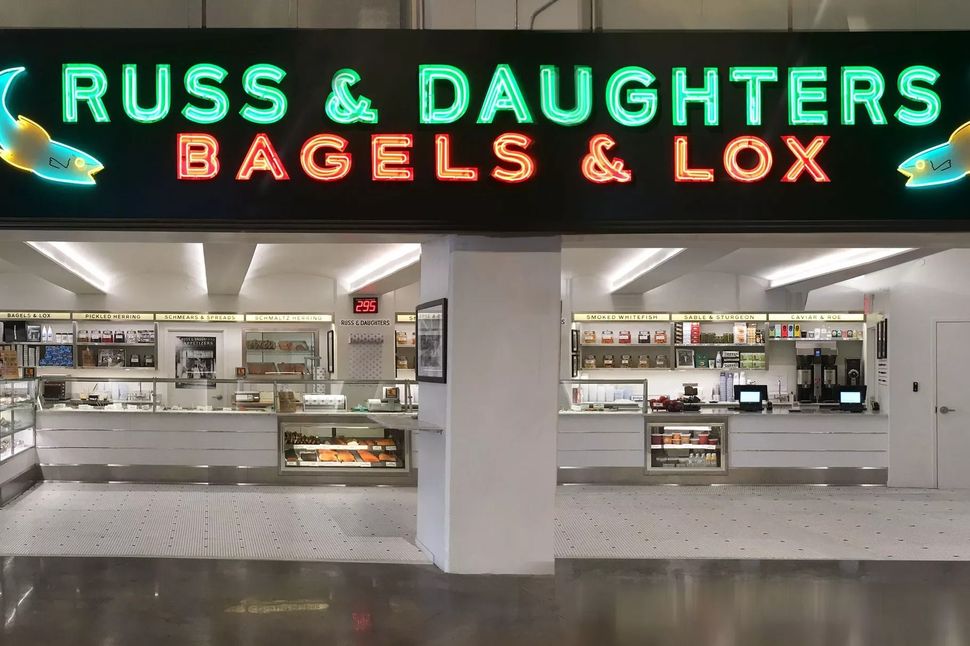 Russ and Daughters might already have a Forward Food Award-winning cafe, and a miniature location at the Jewish Museum, but owners Josh Russ Tupper and Niki Russ Federman aren’t resting on their laurels. They’ve decided to emigrate out of the confines of Manhattan, where every foot is worth a premium, and into Brooklyn, where certain areas still remain empty, waiting for history to make its mark. The Brooklyn Navy Yard is one of those places, with Russ and Daughters’ new superstore filling an 18,000 square foot void.

But as Russ and Daughters grows, it must fight the urge to automate processes, to cut corners, to cook faster and easier and cheaper. As Tupper and Federman told Grubstreet, “We have a certain obligation to three generations of the family.”

“You lose something immediate: look, feel, haimishness,” said Tupper, about the prospect of franchising and expanding.

The message is clear: Russ and Daughters might be getting bigger, but the service is just as personalized, and all the food will still be made on hand (and visible through an enormous glass wall) by dedicated employees, serving the appetizing food that made it famous.

In 2017, the eminent Katz’s Deli emigrated to Brooklyn, to the Dekalb Market Hall, and earlier this year Shelsky’s Bagels expanded to Park Slope. If only Barney Greengrass could be compelled to cross the Williamsburg Bridge.