Claudia Roden’s first book on Middle Eastern food came out in 1968, when many people thought the now-ubiquitous cuisine was mostly comprised of “sheep’s eyes and testicles.”

“I could never have even dreamt of it,” she said of the evolution. 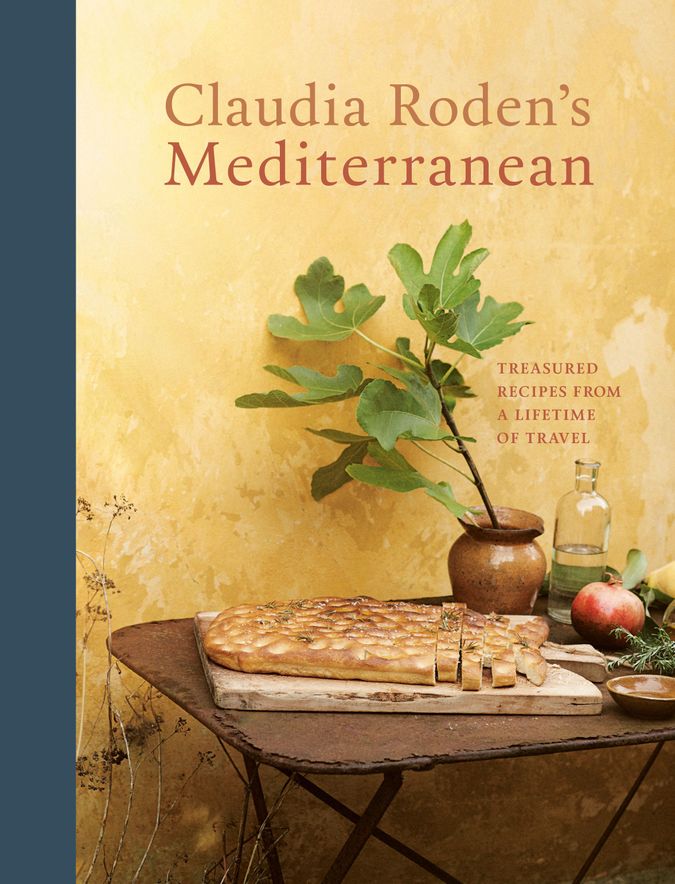 The cover of Claudia Roden’s new cookbook By Susan Bell

While Roden’s work, “The Book of Jewish Food: An Odyssey from Samarkand and Vilna to the Present Day,” published in 1996, is widely considered one of the best of the genre, it is the only Jewish book she has written. Her others cover the cuisines of Italy, Spain, Morocco, and more.

This one is comprised of recipes she most often makes at home, inspired by her Mideast travels. Roden has lived in London since young adulthood and works and travels often in Paris and the south of France, which also inspired many of these recipes.

But focussing on the food of the Mediterranean keeps Roden connected to her homeland. Of course, things changed dramatically for Egyptian Jews from the time she was born until now, and most of them were forced to leave the country. She has fond memories of her cosmopolitan upbringing — she was raised in Cairo, speaking French, with a Slovene-Italian nanny and an Egyptian cook, Awad.

Born Claudia Douek, three out of four of Roden’s grandparents were Syrian Jews, with the fourth from Istanbul. Her great-grandfather was the Chief Rabbi of Aleppo. A photo of him appears in the book.

“I started collecting recipes in 1956, when the Jews were forced to leave Egypt after the Suez War,” she writes. “We thought we would never see each other again, so recipes were something to remember one another by.” 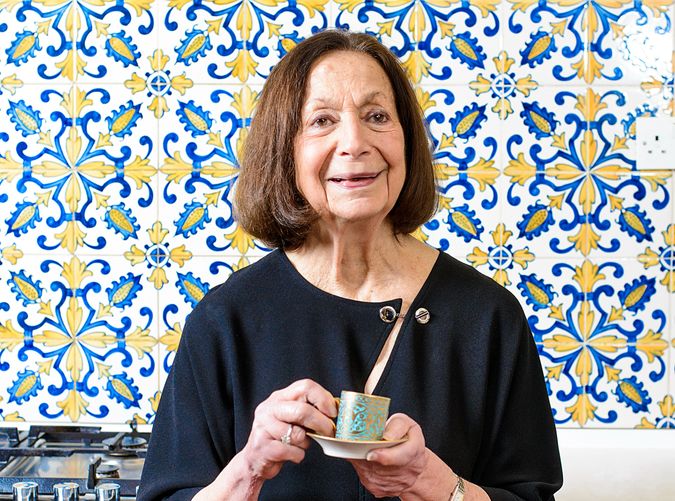 The book’s recipes are more in line with how people like to cook now. There is less meat and more fish and vegetables, as well as fewer steps. In a bygone time, Roden points out, one’s hospitality could be measured by how many hours were spent in the kitchen.

Also, many of the book’s recipes are gluten-free, vegetarian or take other dietary restrictions into account. There is also a fair amount of treif: recipes with both shellfish and pork.

“I don’t really know what proportion of people in the various Jewish communities around the world keep kosher today,” she said. “In Egypt, my family did not keep kosher and I knew no one of my generation who did.”

The book intersperses personal stories and food history. We learn that mezze, the small plate spread now served throughout the Middle East,began in Lebanon, in Zahlé, in the Bekaa Valley, in 1920, where two cafes tried to outdo each other, with which could have the more elaborate.

Roden’s includes some of her favorite mezze recipes: muhammara, a pepper and walnut paste, pureed eggplant dishes and tarama, a spread with smoked cod roe.

There are a few recipes from her family. She writes that her father’s family always cooked the food of Aleppo. A recipe for eggplant with pomegranate dressing and yogurt sauce and a recipe for turmeric rice with spinach and yogurt are both attributed to her aunt.

“To me Syrian recipes became ‘Jewish’ when Jewish communities took them to new homelands and passed them on to new generations,” she said. “They became their cultural baggage.”

There is also a chocolate almond cake that Roden explains is both a Sephardic Passover recipe and her family’s go-to, year-round birthday cake.

One little-known fact about Roden that is not in the book: She was Egypt’s national backstroke swimming champion at the age of 15.

Does she still swim?

“Not anymore,” she said. “But I dream of the happy times when I swam far out to a tiny island in the sea in Alexandria.”