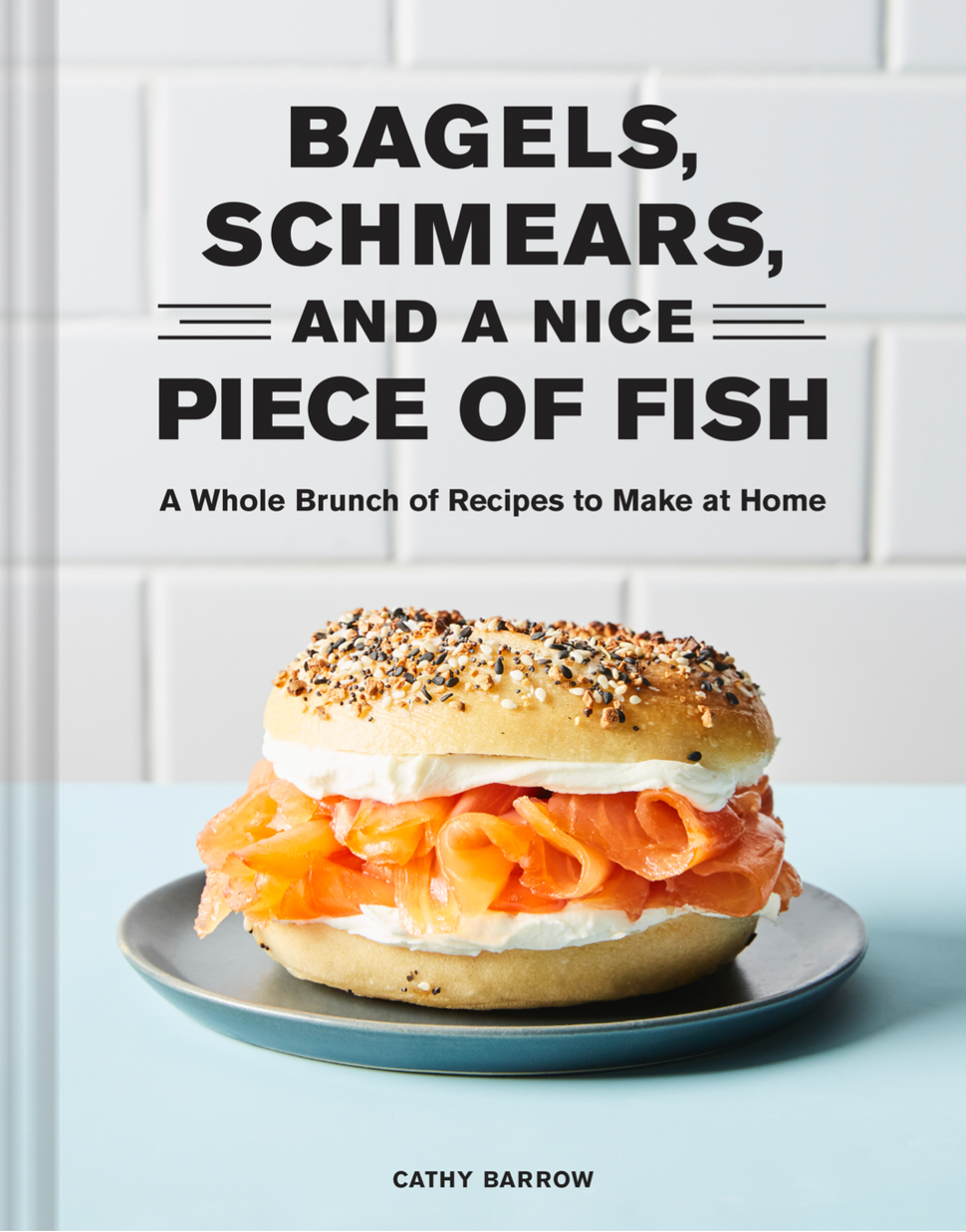 On the momentous occasion that is National Bagel Day — Feb. 9 — comes news about a forthcoming book that will help you properly celebrate.

“Bagels, Schmears and a Nice Piece of Fish: A Whole Brunch of Recipes to Make at Home” (Chronicle Books) by Cathy Barrow addresses all things bagel: How to get the seeds to properly adhere, the right way to schmear a bagel and a treatise on the all-important skill of building a bagel sandwich whose ingredients don’t squish out when you bite into it.

This, then, is the bagel book we didn’t know we needed, a must-have for bagel and cooking enthusiasts everywhere, especially outside of major cities where good bagels are hard to find. 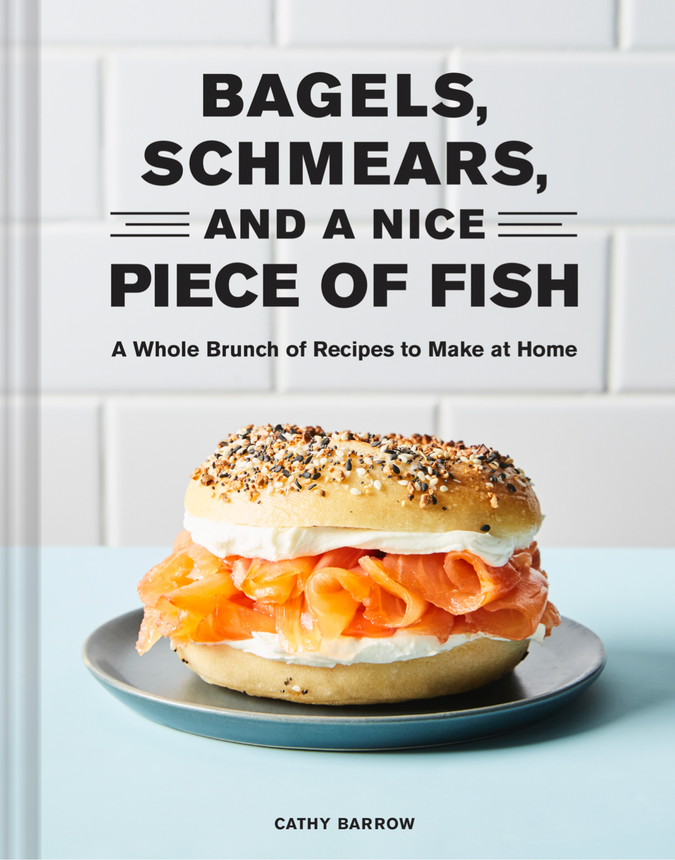 Given the enduring popularity of bagels, it was only a matter of time before someone would write an entire cookbook devoted to them and their accompaniments. There have been plenty of Jewish baking books that include bagel recipes already, but this may be the first to make bagels the centerpiece.

Barrow immediately establishes her Jewish cred by dedicating the book “To my Mishpocha.” A food writer and cookbook author who lives in the Washington, D.C. area, Barrow has written three previous award-winning cookbooks, including the James Beard Award-nominated “Pie Squared.”

The introduction is called “My Bagel Life,” and its second sentence will no doubt have many readers nodding their heads in recognition: “My Boston-born mother, Jan, was not built for Toledo, Ohio, bemoaning a world without a seashore, an international airport, nor a single freshly baked bagel.”

We then learn how her grandmother Bea would fly to visit the family, bringing bagels from her mother’s favorite Brookline bakery, an act of love that deeply resonates for all of us who have ever become bagel mules, stuffing our carry-ons with precious cargo to ferry from bagel meccas like New York to wherever in bagel exile we may live.

For years, Barrow tried to bake the perfect bagel herself, with lackluster results, ending up more often than not with just a roll with a hole.

That all changed when a Washington Post recipe introduced her to high gluten flour, which had her cracking the code to an authentic bagel that passed muster in all the necessary categories: consistency, crust, maltiness, taste and chew.

Once she conquered that skill, she went on to experiment with all the accompaniments one craves: the schmears — both sweet and savory — the fish, the pickles.

Barrow, whose family has European Jewish roots, didn’t grow up religious. Her mother’s parents not only had a Christmas tree, but her mother’s mother (brace yourself) flavored her matzo balls with bacon fat. Therefore no one should be surprised that the section on unrecognizable bagels includes one with Asiago cheese and pepperoni.

Ask anyone who’s made them, and they’ll tell you that bagels are not complicated to make at home. Barrow’s standard recipe only requires five ingredients: high gluten flour, malt sweetener, yeast, salt and water.

But given that they require numerous steps, with some the night before, the time commitment goes beyond what many home cooks are willing to invest. Not to mention that the fermentation process, which can be anywhere from eight to 14 hours, takes up valuable fridge space overnight.

Barrow’s method keeps the morning boiling and baking routine to an hour, provided you take the proper steps the night before. 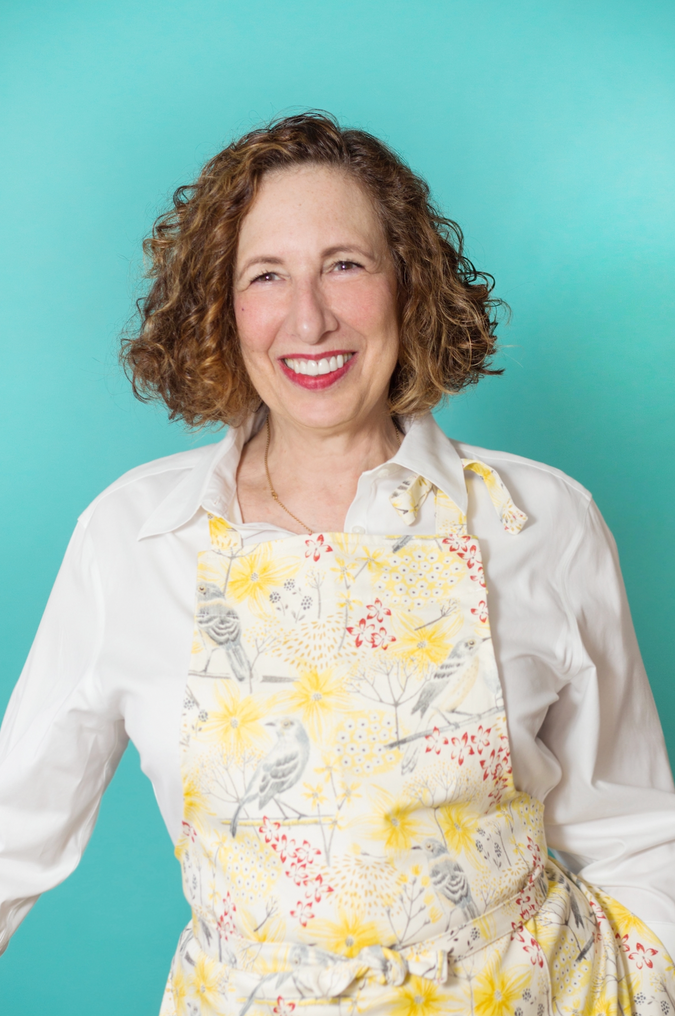 There is also a gluten-free bagel recipe, which Barrow says comes pretty close to a New York specimen, and of course she tackles the distinction between New York and Montreal.

Barrow includes a section on all of her recommended ingredients by brand, and what substitutes will work and won’t. She gives explicit instructions on how to measure barley malt syrup, and dispenses with the notion that legitimate bagels require New York City water.

A stand mixer is recommended. The trusty Kitchen Aid that many have will do, but the heavy dough will take its toll. Kneading by hand for 15 to 20 minutes is another option.

Barrow is great at troubleshooting, offering her advice on everything from overly dense bagels to how to get them not to stick to the baking parchment. She includes recipes for the pletzel and the bialy, and discusses bagel-like items from other cultures.

The schmears, fish and pickles sections continue with the same amount of granular detail. While bagels take at least 12 hours to make, making cream cheese from scratch takes four days. Not active time, of course, but it takes that long for the dairy to drain properly and become cultured.

Like the bagel section, the schmear section offers up all the classics. Many of us probably wouldn’t need a recipe for scallion or chive cream cheese, but they’re there anyhow, with a non-kosher option, bacon and scallion, too. More novelty shmears include out of the box-options like hot honey and Marcona almond, dried apricot, coconut and thyme, and tamari almond candied ginger.

There are recipes for curing your own fish several different ways, as well as standard appetizer spreads like whitefish, tuna, chicken and egg salads.

After the pickle section, which has both vinegar and lacto-fermented pickles, there’s a chapter on bagel sandwiches, which again, has both classic ideas we’d recognize and things we definitely would not, like “If a bagel were a burrito.”

There are suggested menus for a bagel brunch and a shiva.

“I did not start this project with the idea that writing and cooking my way through it would conjure memories of my grandparents, that I would again taste foods that we ate regularly when I was very young, or that I would start dreaming about those days,” Barrow wrote in the beginning. “But that is precisely what happened.”

With any luck, the same will happen for the reader.

The book will be available next month and can be pre-ordered now, on National Bagel Day.