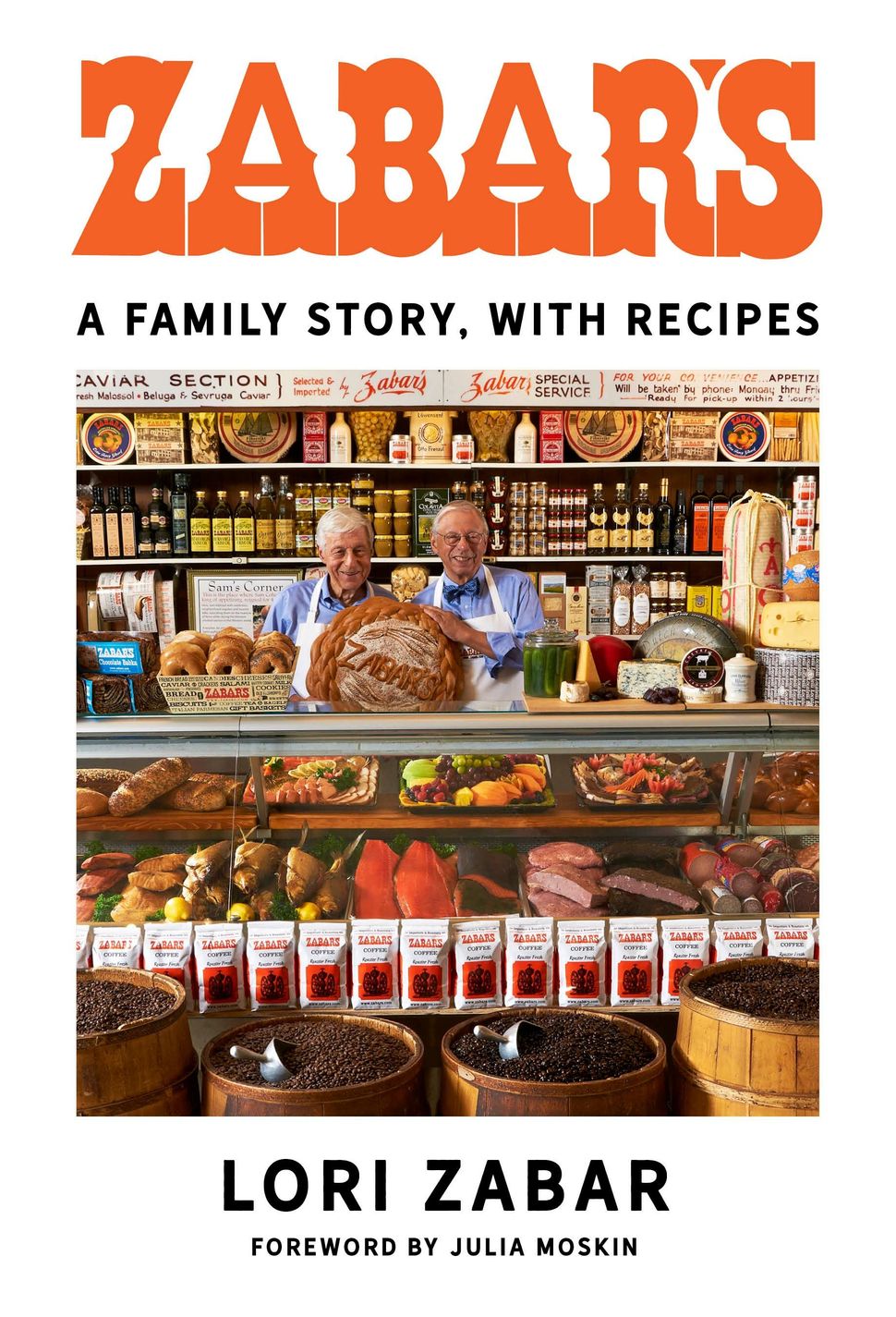 As a kid growing up on Manhattan’s Upper East Side, I always wanted to be a West Sider — and I can sum up the reason in one word: Zabar’s.

I crossed the park every chance I got. That’s where my best friend lived, and two blocks up from her apartment — occupying not one but five storefronts in a row between 80th and 81st Street on Broadway — was the market that managed to be both the quintessential Jewish appetizing shop and a global gourmet emporium.

Yes, we had smoked fish and fancy olives on the Upper East Side too. But the atmosphere, attitude, and contents of the noisy, crowded, bustling eaters’ and cooks’ paradise was certainly nowhere to be found on our more staid and expensive side of town.

My mother shopped at Eli’s Market, owned by the youngest son of Zabar’s founders Louis and Lilly Zabar. This orderly, pricier shop was close to my family’s apartment, and conventional wisdom had it that Eli’s East Side exodus had caused a rift within the Zabar’s clan. But as I learned from the excellent new book, “Zabar’s: A Family Story, With Recipes” by Lori Zabar, there was in fact no feud at all. There was, however, a truly fascinating tale to be told. 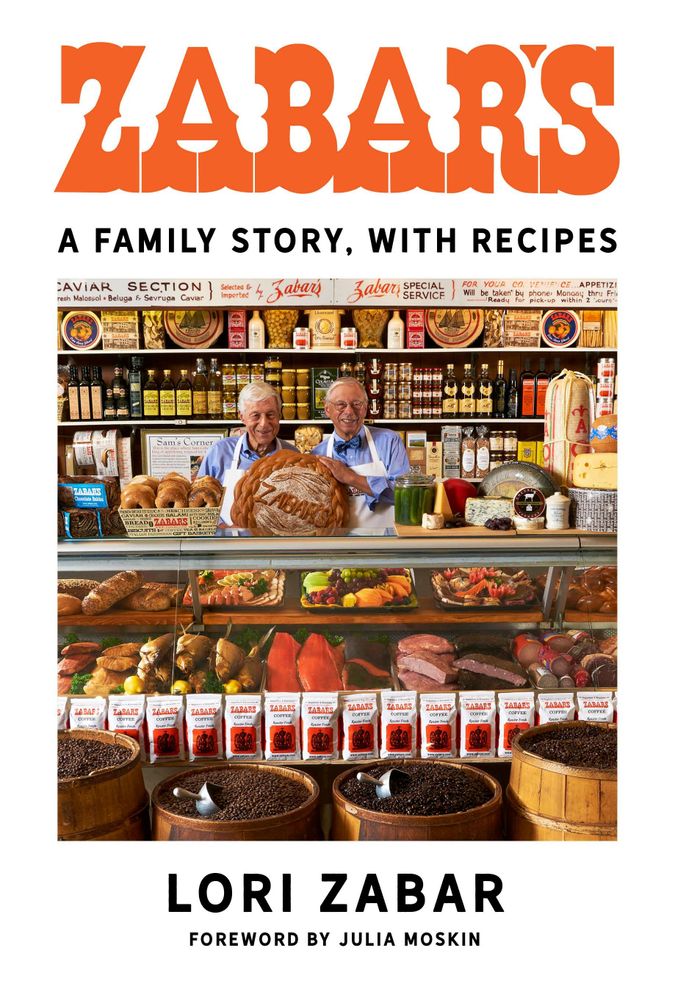 “It’s not just a family story, a business story, a Jewish story, or even a New York story, but a uniquely American story,” Zabar wrote in the book’s introduction. “It encompasses one hundred years of family folklore, behind-the-scenes anecdotes of beloved employees and quirky customers, original Zabar-family recipes (some of which became mainstays of the store), and the evolution of the Upper West Side from bustling upper-middle-class Jewish neighborhood to down-at-the-heels and sometimes dangerous area to today’s thriving community of professionals and their families.”

Zabar, who died of breast cancer in February 2022 at age 67, was the eldest grandchild of Louis and Lilly. She was an art and architecture historian and one-time attorney, whose memoir is meticulously researched and beautifully written. It begins in 1920 in the town of Ostropolia — a then-Russian city 140 miles northeast of Kyiv — where Louis, who was born Mordko Lieb Zabarka, lived with his parents and eight siblings. The story unfolds like a novel:

“On a cold day at the end of Sukkot, the Zabarkas listened as the sound of clomping boots came nearer to their house. The front door was thrust open and a band of armed Cossack soldiers, accompanied by some local thugs, marched into the living room…”

During the course of this pogrom, they killed Louis’s father and one of his eight siblings, and shot his mother, who survived and insisted that he flee the country. The young man made his way to New York City, where he worked for cousins who owned a grocery store. He swept floors during the day and slept in the storage room at night.

“The noisy elevated train that ran up and down Second Avenue shook the buildings and left them and the streets perpetually in shadow,” Zabar wrote. “It was quite a different life from the one Luis had enjoyed in Ostropolia” where he had been the son of a wealthy merchant. Now he worked hard to send money home to his mother. He soon reunited with his sister’s childhood friend Leika Teitelbaum – who would soon become Lilly Zabar.

How this young immigrant couple quickly established themselves in their new city, opening Zabar’s in 1934 and expanding the business over the following decades — buying up businesses and properties well beyond the strip of buildings on Broadway — is only part of the story. There are brushes with the law, squabbles among partners, and a vividly drawn cast of characters populating the pages.

Interwoven among the history are fascinating descriptions of the foods sold at Zabar’s — the ins and outs of herring, salmon, coffee, and caviar — and what goes into choosing and preparing the best of it for the store.

“Just as his father used to do, once a week Saul went to the smokehouses in Brooklyn and Queens to inspect and sample the domestic smoked fish destined for Zabar’s —sturgeon, whitefish, sable, salmon, herring, and brook and rainbow trout,” Zabar wrote, describing the process by which her uncle would press and massage the fish to determine if it had the right texture, then carve out a small sample to try.

“Sometimes the fish was too dry, and other times it was too mushy or soggy,” she wrote. “There were days when Saul rejected the entire batch of a particular smoked fish and then came back the next day to taste a new batch.”

How the inventory expanded from appetizing to deli to coffee to housewares to all manner of global culinary goods is explained in fascinating detail.

“As a somewhat confused second-generation American Jew, I was always mystified by the fact that Zabar’s also stocked Italian prosciutto and Virginia ham, and made a magnificent dish of poached shrimp in dill sauce,” New York Times food columnist Julia Moskin wrote in the book’s introduction. “But it was the late twentieth century, and all kinds of cultural and culinary assimilation were happening.”

The family recipes that end each chapter are, however, classic Ashkenazi — among them Lilly’s Chicken Soup With Matzo Balls; Cheese Blintzes with Blueberry Sauce; Chopped Liver; and Meat Borscht and Flanken Soup.

That these recipes, passed down from the matriarch of this estimable culinary family, are now available to us, feels like a gift. That amid the ever-changing New York City landscape a new generations of Zabars continue to devote themselves to the family business is a relief.

A century after Louis and Lilly Zabar left Ukraine for America, Zabar wrote, “their great-grandchildren work in the business they founded and their legacy remains very much alive.”

And thanks to Lori Zabar, their story will inspire and entertain generations to come.

I’m now an Upper West Sider, and I start every morning with intensely aromatic coffee scooped from a distinctive orange and white bag emblazoned with the iconic Zabar’s logo. The last time I picked some up I heard 93-year-old Saul’s gravelly voice over the loudspeaker encouraging customers to visit the fish counter. I have arrived.