A Feast of the Forest 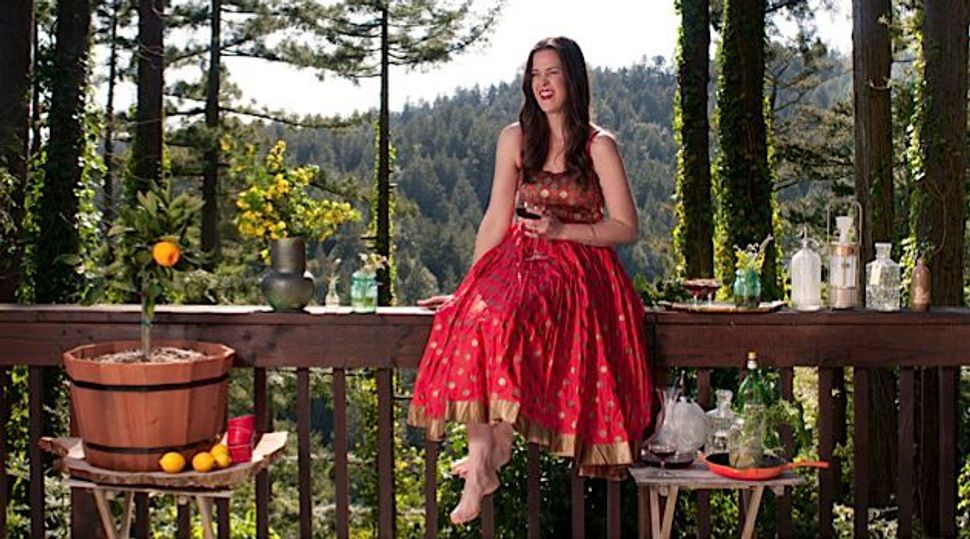 Image by Courtesy of Erin Gleeson

Erin Gleeson’s story reads like a modern homestead fairy tale: Hardworking city photographer meets and marries the man of her dreams (a reform rabbi named Jonathan), moves with him to a cabin in the woods and launches a blog chronicling the couple’s amazing feasts from her rustic, sun-drenched kitchen.

That kitchen, which spills out onto Gleeson’s wooded deck in Northern California and overlooks a sprawling expanse of conifers and fruit trees, is outfitted with mason jars, vintage seltzer bottles and an oversized Le Creuset skillet. Nearby, a collection of potted plants and a ceramic tagine lines the windowsill.

The blog, called The Forest Feast, captures her world, featuring colorful, produce-centric dishes — like peach salad with mint and feta, and an asparagus tart with pine nuts and capers — photographed to capture the whimsy of her surroundings. The recipes themselves are distinctly uncomplicated, often shot with the ingredients arranged on a piece of raw wood and overlaid with minimalist, hand-scrawled instructions.

For Gleeson, 33, this simple, stylized approach to food and cooking is by design. Before moving to California, she spent several years photographing food and chefs for places like The New York Times’ dining section and the James Beard House. But in 2011, when her husband, Rabbi Jonathan Prosnit, got a job at a synagogue on the San Francisco Peninsula’s South Bay, the couple packed up and headed west. Unexcited by the thought of life in suburbia, they instead chose to make their new home in the woods, about 30 minutes from Prosnit’s job.

“Moving to California, I basically had to start over,” Gleeson said. “The blog began as a place for me to explore our CSA box while building a new portfolio of work to send to editors.” Gleeson let her environment dictate her approach. “I figured, hey, I’m in the forest — anything goes,” she said.

As it grew, the blog also took a personal turn, like the Jewish foods that Gleeson began to weave into her seasonal repertoire. Although Gleeson did not grow up with a strong Jewish connection, she and Prosnit began hosting regular Sabbath dinners and holiday meals at their home. “I make challah most weeks, and my go-to dish [for Shabbat] is gnocchi with roasted vegetables,” she said. “We usually arrive home pretty late after services, along with a crew of hungry people who trekked all the way out to the woods. This meal is one you can make ahead of time and toss together at the last minute, but still feels really special. “She also makes more recognizably Jewish dishes, including several based on family recipes. “Jonathan’s mom is an amazing cook and has special recipes like matzo spinach farfel that she makes every year,” she said.

Raised in nearby Sonoma County before moving to New York City after college, Gleeson grew up in a vegan household that was focused on health food. (She is now an omnivore.) So her take on traditional Jewish cooking, as with all cooking, skews in a fresh direction.

“I try to take family recipes and give them a colorful twist,” she said. Her challah topped with pomegranate seeds, along with her latkes and tabbouleh, served in endive boats, captures her playful take on Jewish food. For Passover this year, a handful of guests were treated to a Seder that was nothing short of magical, thanks to the hand-picked wildflowers decorating the table, tea lights adding warmth to the room and two days’ worth of cooking such dishes as Prosnit’s mother’s farfel and a recipe for cardamom-spiced fig, pecan and dried cherry haroset, which appeared on the blog. 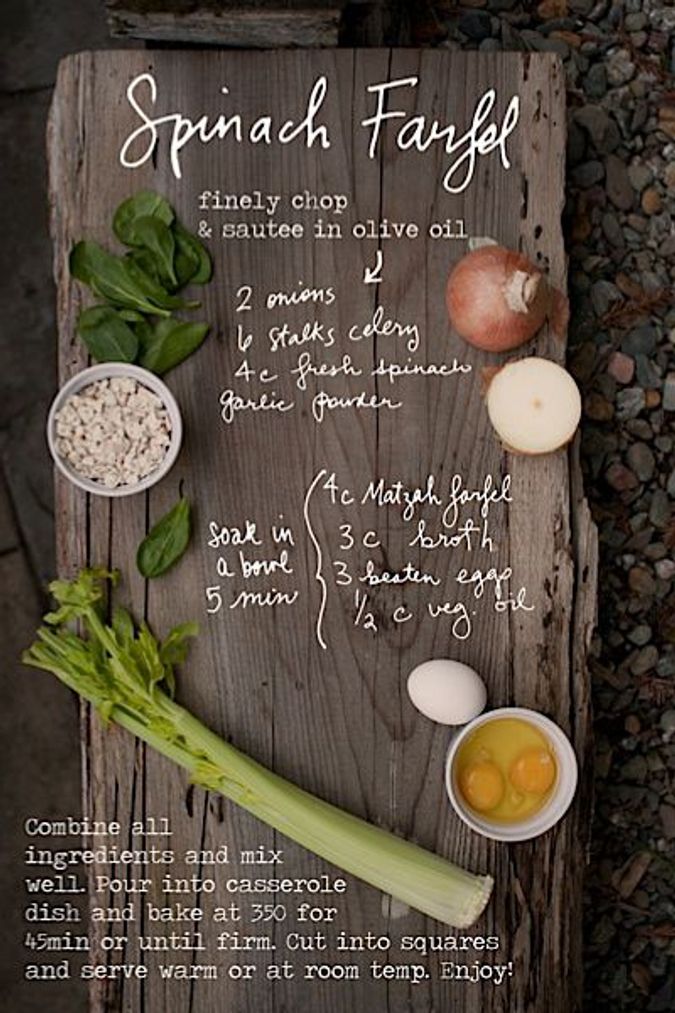 Gleeson is aware of the remarkable good fortune of her life in the woods, and particularly her proximity to California produce. “In Brooklyn, our CSA took a break during the winter months,” she said. “Here we get avocados almost year round.” But she has also worked hard to make the most of life’s unexpected turn of events. In a sea of blogs written by do-it-yourself kitchen enthusiasts cooking and writing about seasonal produce, Gleeson’s stands out for its charm and skill. Most posts come adorned with a watercolor title page hand-painted by Gleeson, and all display the attention-to-detail food styling and photography skills she developed while working in New York. “It has been thrilling to bring together my loves of painting, photography and cooking for the first time,” she said.

Her work is beginning to pay off. Just six months into starting her blog, The Forest Feast, a literary agent came calling. Gleeson and the agent put together a proposal, complete with Gleeson’s photographs and watercolors, and quickly scored a book deal. “The Forest Feast Cookbook,” which will be published by Abrams in the spring of 2014, will highlight 100 of Gleeson’s trademark seasonal recipes, including her challah.

In the meantime, Gleeson and Prosnit have no plans of leaving their magical cabin in the woods.

Leah Koenig writes a monthly column on food. Contact her at ingredients@forward.com

A Feast of the Forest