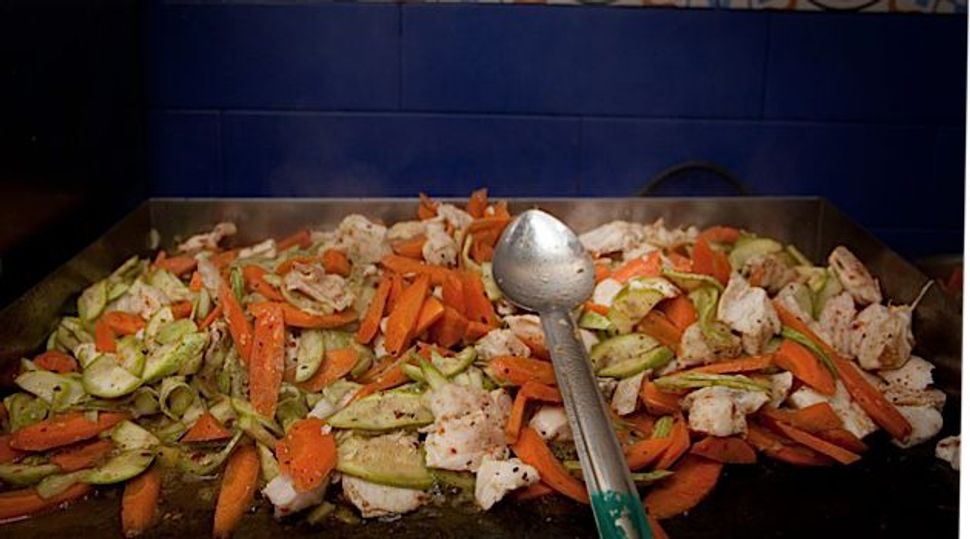 *Vegetarians can leave out the chicken

1) To prepare the sauce, place all the ingredients in a pan, except for the coriander, and cook uncovered over a low light for about 30 minutes. Add the fresh coriander and put to one side.

2) In a bamboo steamer, or a pot with straining holes, steam all the vegetables quickly—about 3 minutes, season and place in ice water to stop the cooking process and ensure that the vegetable remain crisp.

3) Heat a wide pan with a little oil and place the cornflour in a flat bowl. When the oil is hot roll the chicken cubes in the cornflour until they are fully covered. Gently shake off any excess flour and fry until browned. Place the cubes on a plate lined with absorbent paper towel.

4) To serve, divide up the vegetables and the chicken onto plates and pour the sauce over them. We recommend serving it with either rice or noodles.

About Dana Weiss: Dana Weiss is the presenter of the weekend news on Channel Two Israel. Previously she was the host of “Meet the Press” on the same channel. She is also a documentary producer, investigative journalist and a lawyer and a guest lecturer at the Sammy Ofer School of Communications at the Interdisciplinary Center (IDC) in Herzliya.