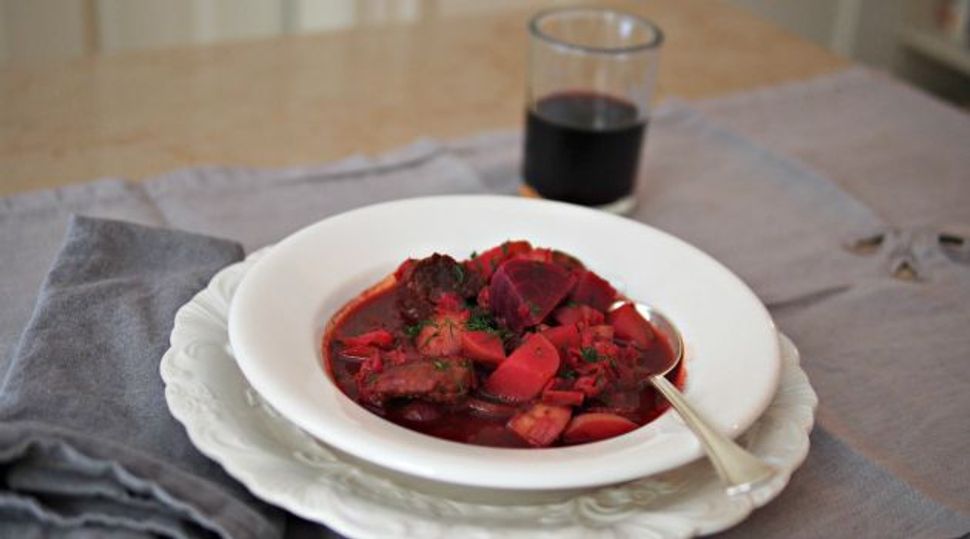 Garnish with sour cream or a nondairy version such as Toffuti Sour Supreme and chopped fresh dill.

2) Fish out the wilted dill fronds. Add beets, potatoes, sunchokes, carrots and cabbage and cook about 1½ hours more, until meat is tender but vegetables are still in tact.

Liza Schoenfein is senior food writer for the Forward. Contact her at schoenfein@forward.com and follow her on Twitter @LifeDeathDinner. Her personal blog is Life, Death & Dinner.