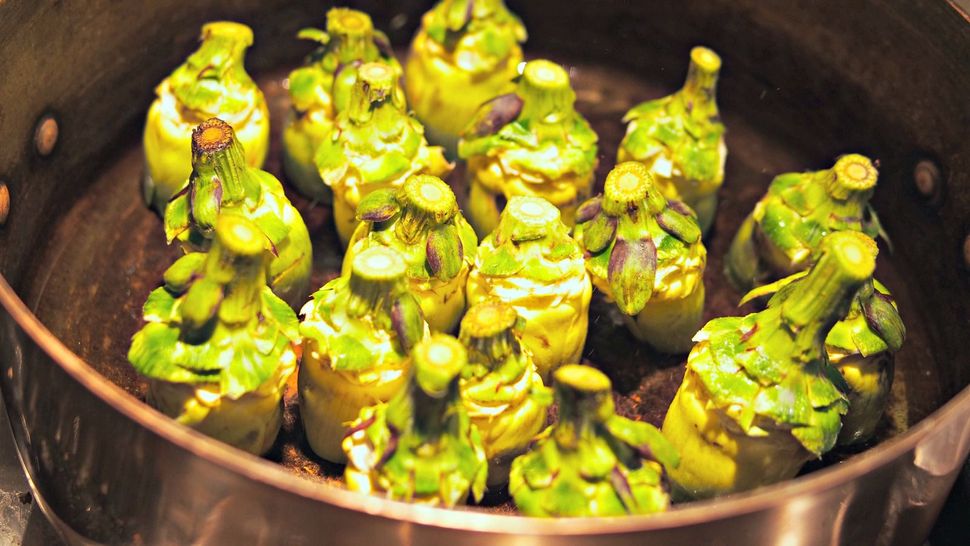 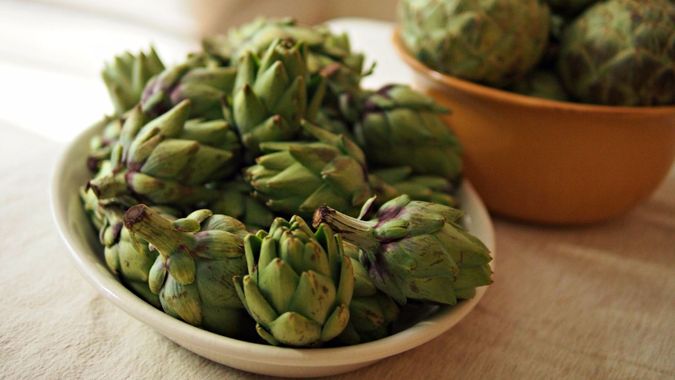 I gave a cooking class to vegetarians tonight, and focused on what was in season: artichokes, asparagus, peas, mushrooms.

One of my students had expressed an interest in learning how to work with artichokes, so I decided to demonstrate how to make them both raw and cooked. We did a salad and a stew. Here are the recipes. 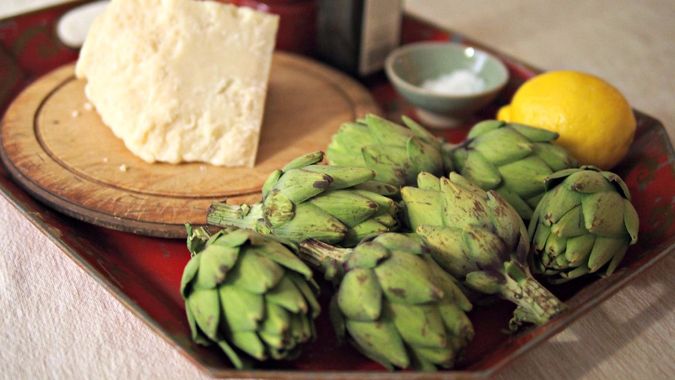 1) In a salad bowl, whisk together the olive oil and lemon juice.

3) Add the celery, parsley, pepper and salt and toss well.

Drink pairing: Artichokes ruin wine, most particularly if they’re the main ingredient and especially when they’re raw. Instead, go with a cocktail. We made one that incorporated Cynar, which is an Italian liqueur made from herbs and plants, including artichoke. It’s called The Presbyterian’s Revenge and it consists of Cynar, blended scotch whiskey, lemon juice, simple syrup, orange bitters and a twist of grapefruit. 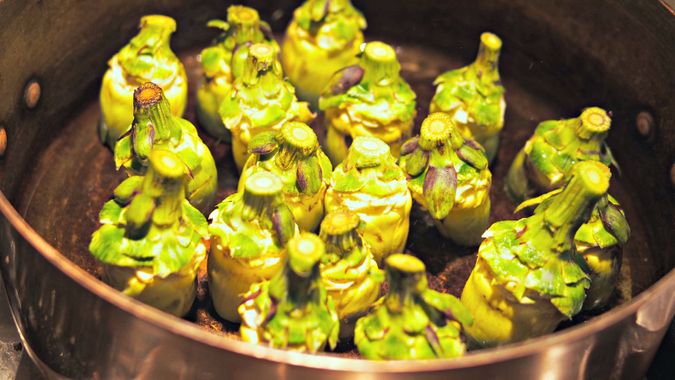 1) To prepare baby artichokes: Fill a large bowl with acidulated water (water with juice of a lemon added). Remove all the outer leaves of the artichokes until you get to the pale, softer leaves, and slice about ¾ inch off the top and an inch off each stem. Use a spoon to remove the choke from each. As you finish working with each artichoke, place it in the acidulated water.

2) Heat a large pot (large enough to hold the artichokes in one layer) over medium-high heat. When hot, add olive oil and heat until it begins to shimmer.

3) Carefully add artichokes stem-side up and let cook 3-4 minutes. Lower heat to medium-low and toss garlic, morel mushrooms and lemon around the artichokes and cook for 2 minutes more, stirring carefully without knocking over the artichokes.

4) Add the wine, salt and pepper and cover. Cook 30 minutes. Remove lid and add asparagus and peas. Cook for 3 minutes more. (Don’t overcook or it will all turn brown.)

5) Divide faro among four shallow bowls and divide artichokes and sauce among the bowls. Drizzle with lemon aioli, garnish with herbs, and serve.

Liza Schoenfein is food editor of the Forward. Contact her at schoenfein@forward.com. Her personal blog is Life, Death & Dinner