Cooking the Classics From ‘A Treasure For My Daughter’ 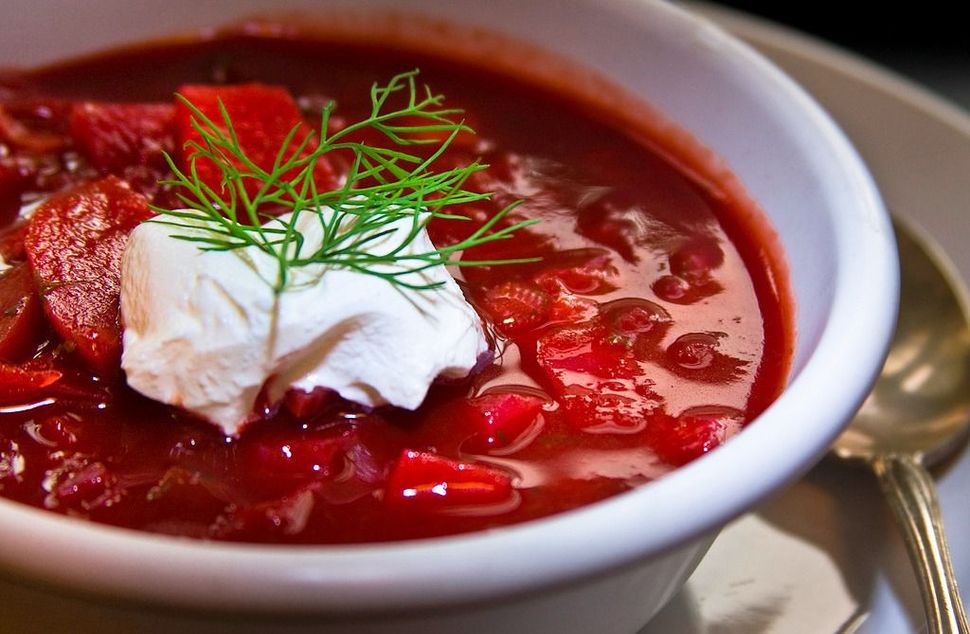 Classic cold beet borscht is one of the traditional Ashkenazi recipes featured in “A Treasure For My Daughter.”

Make all of these dishes ahead of time, chill and serve. Schav, or sour grass, is a Russian recipe based on sorrel, a perennial green sometimes available at specialty food markets. If you can’t find it, spinach works well. For a lunch, serve the eggplant relish with as a dip with a crusty Italian bread. For a heftier cool dinner, add cold potato to the beet borsht (the way we always had it when I was a child) and cold salmon to the menu.

2) Pour 4 cups boiling water over schav and bring just to a boil. Remove from heat and cool.

3) Put ¾ cup sour cream in a bowl, add salt to taste, and cut up 1 or 2 cucumbers and 2 or 3 shallots. Pour in schav slowly, stirring constantly. Chill and serve. 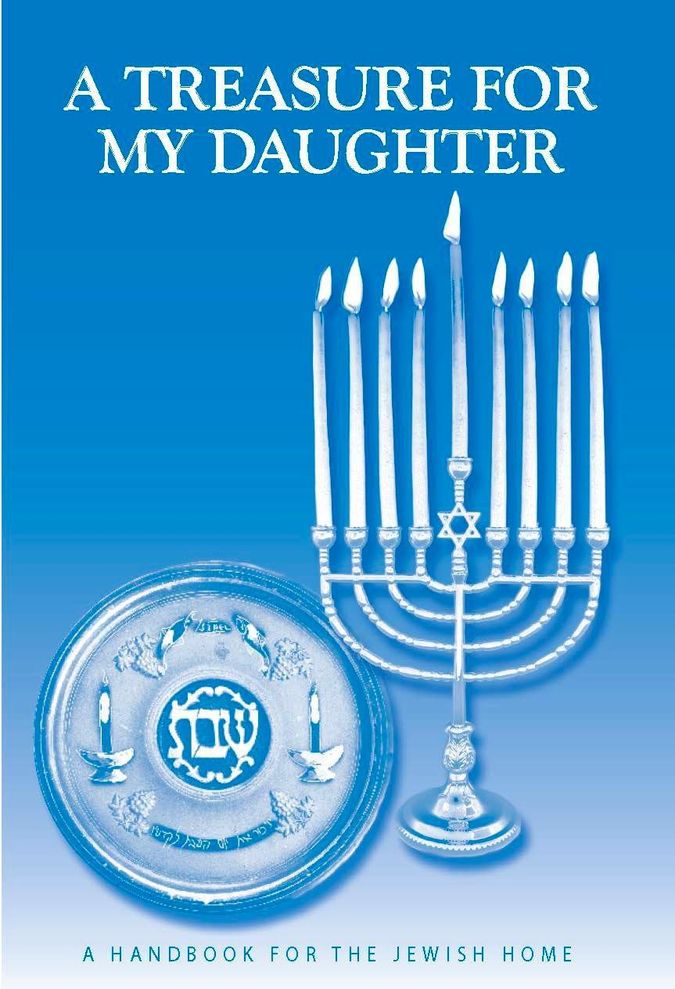 Image by Courtesy of the Montreal Centre of Canadian Hadassah-WIZO

1) Place whole eggplant in a baking pan in a 350 degree oven.

2) Bake until skin is wrinkled and soft. Remove from oven and peel off skin.

2) Place in bowl with the chicken fat, the beaten eggs, salt and pepper to taste. Beat quickly to distribute fat and eggs.

3) Spoon into preheated greased 1½-quart baking dish and bake in oven preheated to 400 degrees until top is browned and fat bubbly.

2) Beat together the eggs, salt, pepper and chicken fat or oil as in basic recipe, adding 1 teaspoon cinnamon and ¼ cup sugar.

3) Spoon into greased baking dish and bake as above.

Thanks to Alanna Elias, Coordinator of the Montreal Centre of Canadian Hadassah-WIZO, for permission to reprint these recipes from “A Treasure For My Daughter,” edited by Bessie W. Batist, as they appear in the current revised edition (2013). Recipe section compiled by Sarah Ein, Anne Warshaw and Mary Davids. “A Treasure For My Daughter” is available from www.Amazon.ca or by calling the Montreal office of Hadassah at 514-933-8461 or emailing [email protected]

Cooking the Classics From ‘A Treasure For My Daughter’