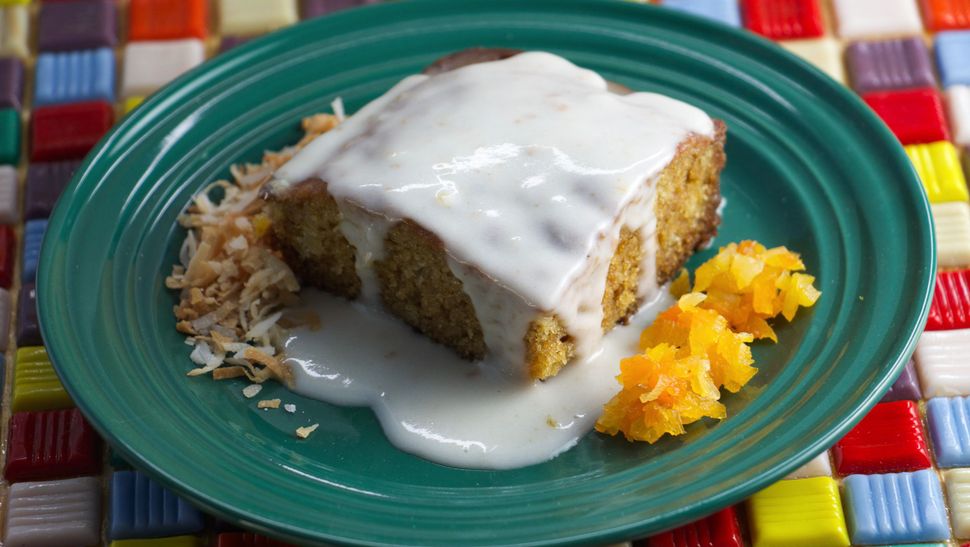 Jews probably began arriving in South Africa around the turn of the 16th century, alongside the Portuguese explorer Vasco da Gama, but the majority of Jewish immigrants arrived in Cape Town from Germany and Holland in the early 19th century. Later, Eastern European Jews, primarily Lithuanians, came in increasing numbers until World War II. In the latter part of the 20th century, Jews from Israel, Zimbabwe, Zambia and Namibia also settled there.

All brought their culinary ways, adapted them to the local climate, geography, and available foods, and then acculturated. Right off, that meant kosherization of local dishes, and over time — sometimes quickly and sometimes slowly — they made them their own, either with slight variations or as completely new creations.

In the 17th through 20th centuries, that meant a deep Dutch Colonial influence, from stews to sausages, as well as a strong Indian influence, in the form of curries. Add a dollop of Eastern European Ashkenazi, and with desserts, a decidedly German bent. Although Johannesburg is the seat of the largest Jewish population in South Africa today, Cape Town is certainly the oldest — and the foodways of both have been added to the mix. Factor in the the vast resources of South Africa, so often lost when discussing politics, and you’ve got quite a culinary adventure zone.

On Yom Kippur, I’ve been known to grill for Break Fast — a great make-ahead except for the last few minutes of grilling. How about making a braai—Afrikaans for a potluck-style barbecue — with cold salads, mild curry and a variety of charcoal-grilled sausages, like boerewors, with soft rolls? Adventuresome eaters can try grilling some gamier, uber-lean bison or venison. (Just keep them rare).

Malva cake, served with hot rooibos tea, whether after a grill-up meal or a bagel classic, is always a showpiece.

This malva recipe is based on the super-gooey pudding-style cake favored by the Cape’s Dutch Afrikaners. Made with apricot jam and a milk sauce, there are as many variations as there are cooks. My version is parve, dairy free, easy, must be made-ahead, making it perfect for a Yom Kippur break fast. It’s also ginger-rich, an homage to the Ingberlach candy often found in the Jewish community.

If apricots are still in season, use fresh slices as a garnish, or try some ripe and vibrant papaya to rejuvenate you. Add a few Cape gooseberries (with the paperlike wrapper peeled off) or a big chunk of fresh coconut as your “new fruit.” To top off any break fast meal, this South African comfort food dessert will delight and refresh after a long day of fasting.

This South African cake, a Cape Town favorite, is often referred to as a pudding because of its ultra-creamy sauce. I save some of that sweet goodness to pour over the cake just before serving. If you soak the cake with all the syrup, you will get a “less constructed” cake. Both methods work, so have fun. Want it even sweeter? Gild this lily with a scoop of apricot sorbet. This version is dairy free and bursts with both the apricot and tropical coconut flavors — along with a delicious kick of ginger.

1) Preheat the oven to 350˚F. Spray a 9-inch square baking pan with nonstick vegetable oil spray and line the bottom with parchment paper.

2) Sift the flour, baking powder, baking soda, and salt onto a sheet of parchment paper and set aside.

4) Transfer the batter to the prepared pan and bake for about 15 minutes. Rotate the pan 180° (turning it back to front). Bake for another 15 to 20 minutes, until the top is golden brown and a toothpick inserted into the center comes out clean.

5) While the cake is baking, prepare the soaking sauce: in a medium saucepan set over medium heat, whisk together the coconut cream, milk, and ginger liqueur. Whisk in the confectioners’ sugar and stir until the mixture is smooth and free of lumps and it begins to bubble and thicken. Remove from the heat.

6) When the cake is done and still warm, poke it all over with a cake tester, a thin wooden skewer, or a toothpick. Pour half of the warm soaking sauce over the top and let cool to room temperature for at least 1 hour before serving. Garnish with the reserved soaking soaking sauce, toasted coconut, minced apricots, and candied ginger and serve.

2) Coconut milk is made by blending coconut flesh with water and then straining the liquid. It’s typically used in tropical cuisines, but kosher cooks and others who rely on dairy-free cooking use it as an alternative to regular milk. Coconut milk can be purchased at almost all major supermarkets or online. Coconut milk should not be confused with coconut water, which is the liquid that comes out of the coconut when you crack it. Nor should it be confused with coconut cream, which is thicker, or with cream of coconut, the sweetened coconut product that is used in cocktails and baked goods.

Tami Ganeles-Weiser is a food anthropologist, recipe developer, writer and founder of .