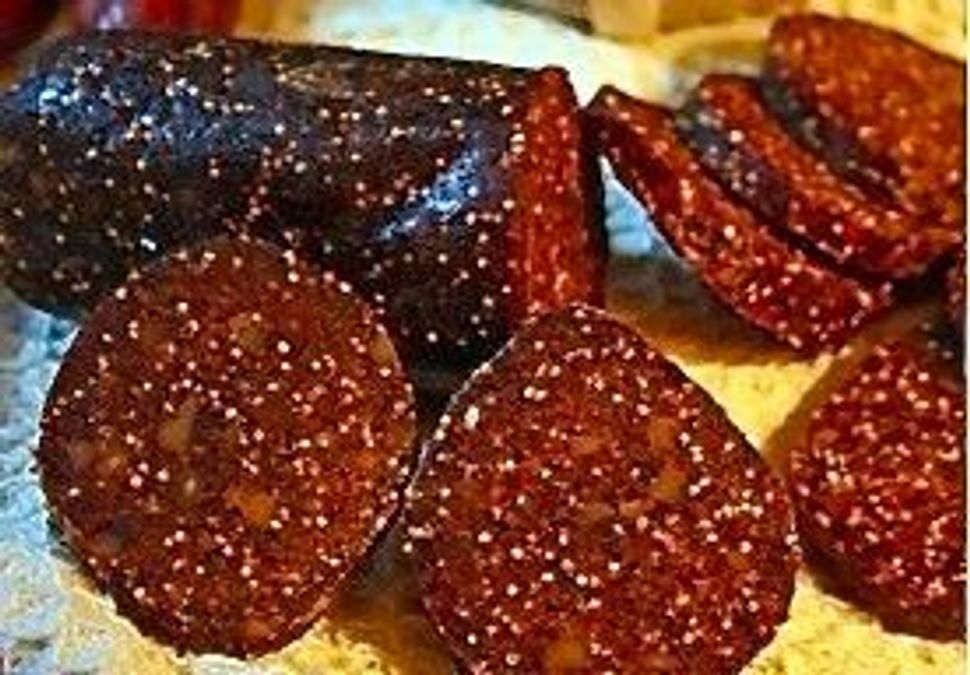 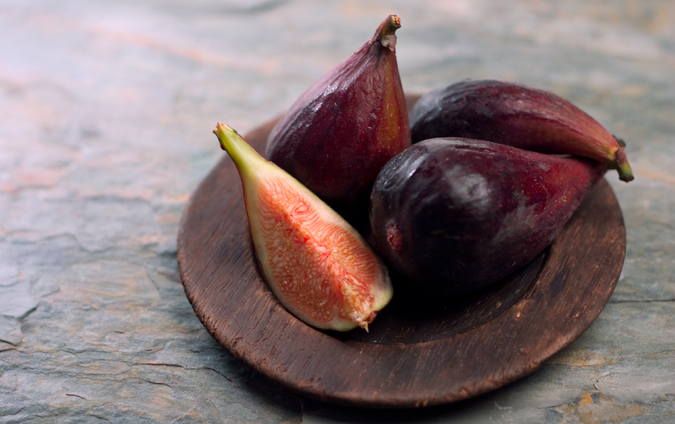 The Torah is rich in fig references, including one for a pressed fig cake made by Abigail for David. Our recipe, below, pairs beautifully with a cheese plate.

From the front porch of our volunteers’ bungalow on Kibbutz Malkia, I had a spectacular view of Mt. Hermon, as well as of a verdant landscape dotted with sabra cactus and wildflowers. My roommates and I, eager to explore our new home, were delighted to discover on the grassy hills a stand of ancient fig trees. Up to that point, as an unsophisticated teenager who had grown up far from a cosmopolitan city, the only figs I had ever seen were the ones that came from the supermarket tied in string and wrapped in cellophane. They were sweet and tasty — with the texture of shoe leather.

Until that sunny September day in the Upper Galilee, I had never known the sweet, soft and sensuous ambrosia that was a fresh fig. No wonder the Torah features the fruit in its scenario of peace and contentment: “But they shall sit every man under his vine and under his fig tree; and none shall make them afraid: for the mouth of the Lord of hosts hath spoken it.” [Micah 4:4]

To pluck a fig from one’s own tree must indeed be Eden.

More recently, our daughter Elana was working in the stables at Kibbutz Geva in the Jezreel Valley. One day, she emailed to inform us that she had been riding horseback and found her own stand of fig trees. She and her companion picked some from atop their steeds.

An idyllic vision, no?

In fact, the image of each man with his own vine and fig tree is considered an indicator not only of peace, but of wealth and prosperity. One of the great accomplishments of King Solomon’s reign was a prolonged period of quiet and tranquility, and with that calm came the freedom to cultivate figs. We read of that time in a verse almost identical to that in Micah: “And Judah and Israel dwelt safely, every man under his vine and fig tree, from Dan even to Beer-Sheba, all the days of Solomon.” (1 Kings 4:5)

I can just picture Solomon sitting in his palace garden with his stylus, composing this verse for his Song of Songs (2:13): “The fig tree ripens her green figs. The vines are in blossom. They give forth their fragrance. Arise, my love, my beautiful one, and come away.”

Ficus carica, the common fig, originated in northern Asia Minor. Sumerian stone tablets dating back to 2500 BCE record their use. We can certainly understand their popularity. Figs are not only very nutritious — containing fiber, calcium, iron and potassiumv — they are so sweet that they were used as a sweetener in ancient times before refined sugar became available. They are still used today in North Africa and the Middle East. The fig can enhance both savory dishes and desserts.

I keep a Mission fig tree in a pot. It spends the summer months sunning itself on my side porch, winter in the sunroom. And, while the tree produces three small crops per year, the fruits that result are not my favorites. What I would really love is to cultivate the Smyrna or its American spin-off, the Calmyrna, but alas, the process is so complex — involving male and female fig trees, a specific type of wasp for pollination, grafting and a move to California — that I have to throw in the towel and simply get store-bought.

The first mention of the fig in the Torah occurs in the book of Genesis (3:7), in which Adam and Eve use the leaves of the fruit’s tree to cover up when they realize they are naked after eating of the Tree of Knowledge. And, toward the end of the fifth book of the Torah, God promises the Jewish people, having wandered 40 years in the desert, “… a land of wheat and barley, vine, fig and pomegranate, a land of olives, oil and honey …” if they obey His commandments (Deuteronomy (8:8-10)). So, in two bookend stories, God metes out punishment with the leaves, whereas in the other, He rewards those who obey His laws with the lush fruit in the Promised Land.

In Kings (2:18) we learn that the King of Assyria tries to bribe King Hezekiah’s troops by offering deserters each his own vine and fig tree, obviously valuable commodities.

Talmud Tractate Eruvin (54a) discusses the fig tree, comparing it to the Torah. Just as one may find fruit on the fig tree as often as one looks, the student who searches may always find something new in the Torah.

The story of Abigail and David may be the earliest example of the adage, “The way to a man’s heart is through his stomach.” According to 1 Samuel (Ch. 25) Nabal is a rich but crude and greedy man. David, hiding from King Saul, is living in the wilderness of Paran, providing protection to various landowners’ flocks of sheep. David sends a small group of men to Nabal to request provisions, reminding Nabal that David has been protecting his sheep. Nabal responds by insulting him and his men, and refusing to give him any good. David plans revenge. Nabal’s wife, fearing what will happen to her people if David carries out his plan, takes matters into her own hands. Without telling her husband, she prepares plentiful provisions for David, among which are “pressed fig cakes.” David decides not to attack the village. When Abigail tells Nabal what she has done, he suffers a heart attack, and dies. David sees in this death God’s punishment and then marries Abigail.

Those fig cakes must have been really good then to impress David, and they are still popular today. You can find pressed fig cakes imported from Spain and Portugal in upscale wine and cheese shop. Or, you can make your own using the recipe below. 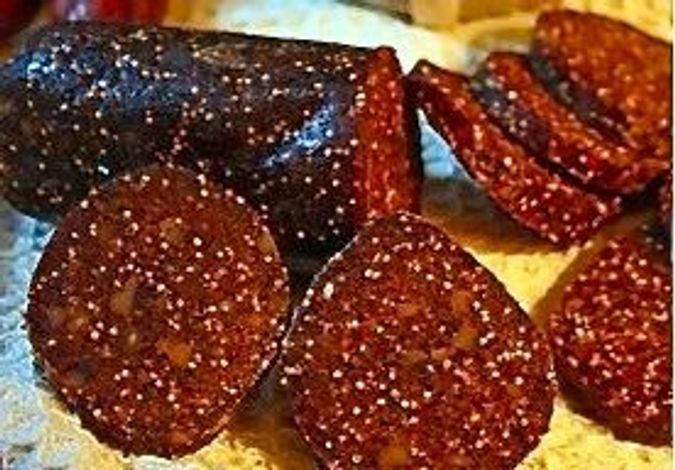 The so-called “pressed fig cakes” that Abigail delivered to David may not have followed this recipe exactly, but your family and friends should feel like royalty when eating this sweet, spicy and fragrant combination of chewy and crunchy textures. It slices easily and pairs beautifully with fresh goat cheese, cheddar or even blue cheese. This dish will add a touch of sophistication to your dessert service, but is a easy recipe to prepare. What’s not to love?

1) In a food processor fitted with the slicing blade, process the almonds. Set aside.

2) Change to the chopping blade and grind the figs with the cinnamon, ginger, lemon zest, pepper and brandy. Mix all ingredients together.

3) Divide into four sections and roll each one into a 6-inch-long log. Place the logs onto a pan that has been lined with wax or parchment paper.

4) Allow the cake to dry for a day and then wrap tightly in plastic wrap. To serve, cut into ½-inch slices and serve on a board with a selection of cheeses.