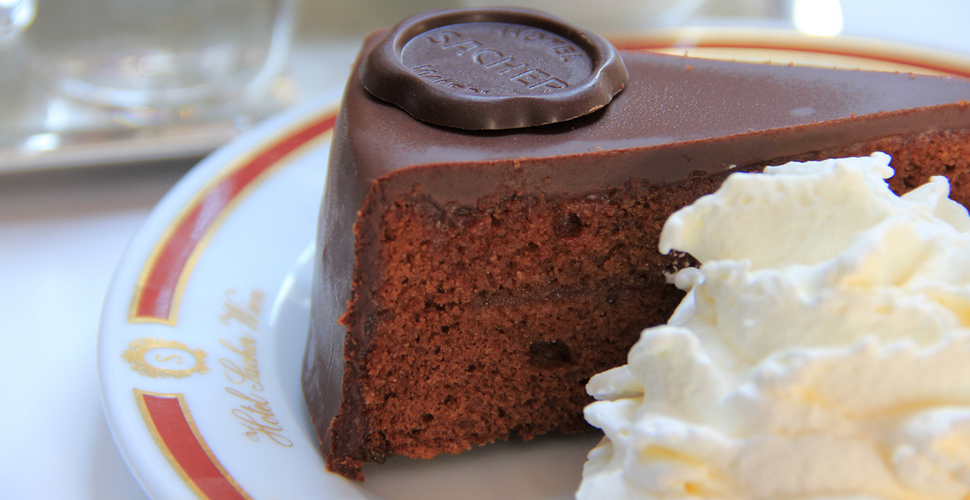 The young Jewish man who created this beloved confection in 1832 couldn’t have imagined that Americans would one day celebrate National Sacher Torte Day. But we do.

At just 16 years old, a Jewish cook’s apprentice named Franz Sacher revolutionized the pastry world with an impromptu creation that came to be known as the Sacher Torte.

In 1832 Sacher was working in the kitchen of Prince Klemens Wenzel von Metternich (1773-1859), the chancellor of Vienna, when the head chef fell ill. Everyone turned to the young Sacher, expecting him to create a new dessert for the special guests that evening. He came up with a dense, dark chocolate cake with apricot jam filling, which pleased the crowd — and has continued to be a crowd-pleaser ever since.

Sacher’s son, Eduard, parlayed his father’s accomplishment into an iconic sweet and a successful business, first at the Demel Bakery in Vienna and then at the Hotel Sacher, where it is always served with a side of schlag, or whipped cream.

Austrians debate the quality of the Demel versus the Sacher versions of the confection. The Hotel Sacher recipe layers jam in the middle, while the Demel smooths it below the chocolate icing. A seven-year legal battle was waged between the two bakeries, each claiming to be the “original.” Though the Sacher version won in 1965, people still argue over which is best.

Since this “Talmudic type debate” will probably never be resolved, here are eight variants of the Sacher Torte to try.

The one reprinted below was shared by Anna Sacher and, surprisingly, allows for whipped cream between the layers.

Joan Nathan’s recipe, handed down through the Bavarian side of her mishpacha, customarily appeared at family birthday tables. Nathan modified the ingredients so the torte may be served at Passover as well. Serious Eats posted a boozy update that pours liquor in the cake — and the filling and the frosting.

Try one of these in honor of the ingenuity and creativity of young Franz Sacher, in celebration of National Sacher Torte Day on December 5. Or, join the debates by trying a different Sacher Torte on each night of Hanukkah.

This is the original recipe, obtained through the courtesy of Mrs. Anna Sacher.

3) Cut top off and turn bottom up. Heat apricot jam slightly and spread over top.

4) Cover with chocolate icing, prepared as follows: Cook sugar and water to thin thread.Melt chocolate in top of a double boiler.Add sugar gradually to chocolate.Stir constantly until icing coats the spoon.Pour on top of cake

Note: If desired, split cake into 2 or 3 layers. Fill with apricot jam or whipped cream.

Rabbi Deborah R. Prinz lectures about chocolate and Jews around the world. Her book, “On the Chocolate Trail: A Delicious Adventure Connecting Jews, Religions, History, Travel, Rituals and Recipes to the Magic of Cacao” (Jewish Lights), is in its third printing. Prinz also writes for The Huffington Post and blogs at On the Chocolate Trail. The book includes discussions about ethical chocolate choices, the development of Chanukah gelt into chocolate, the idea that Jews brought chocolate making to France, Israeli love of chocolate, how chocolate outed Jews during the Inquisition and more.