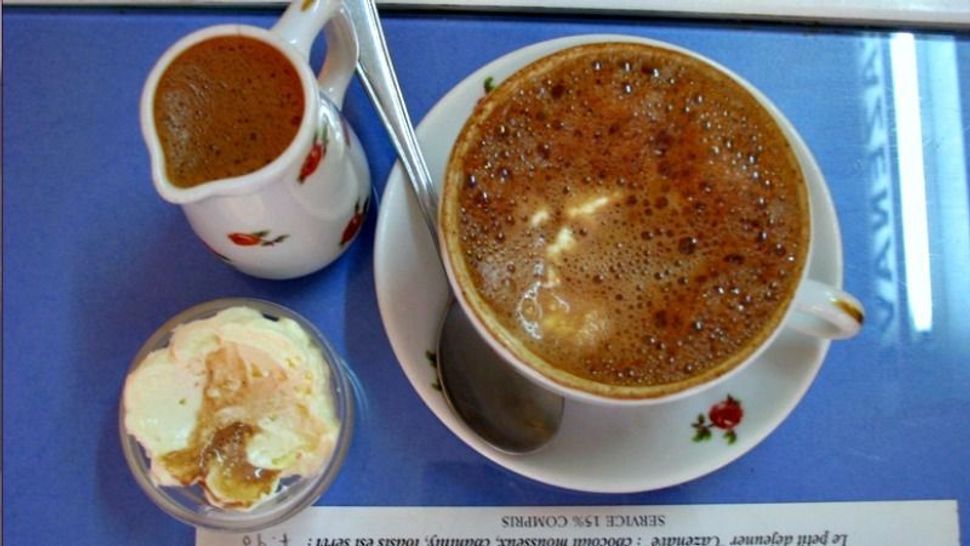 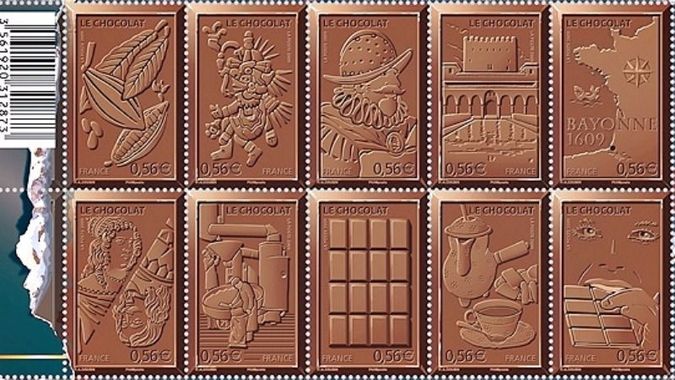 I happened into a chocolate shop, L’Atelier du Chocolat de Bayonne in Paris in 2016 with my husband. As we were tasting and browsing, I randomly picked up a company brochure. In my high school French, I slowly deciphered this astonishing statement:

At Bayonne the origins of the manufacturing and the consumption of chocolate happened at the beginning of the seventeenth century, when the Jews exiled from the Inquisition settled in the suburb of Saint Esprit.

First, I had to remind myself that this meant Bayonne, in southwest France, and not Bayonne, New Jersey. Then, I re-read the passage because in all of my years of Jewish studies, seminary and teaching about Jews and Judaism, I had never known of any connection between Jews and chocolate. And, it was, after all just my high school French. I would not have been surprised that Jews like chocolate. However, this was telling me that Sephardi Jews, exiled from Spain, brought chocolate making to France. Oooh, la, la.

It turns out that Bayonne Jews such as Emil Péreire, Isaac Péreire, Alvaro Luiz, Jacome Luiz, and Aaron Colace were in the business of importing, exporting, and smuggling cacao. Jews played a key role in this profitable trade through Bayonne to Amsterdam.

When I looked further, I learned that Jews molded that chocolate and its reputation. In September, 1725, it was reported that Bayonne chocolate for drinking was sold in marble-sized balls prepared on a stone (à la Pierre), or as known in the New World, a metate. With time, the reputation of Bayonne chocolate was so well established that dealers in Carcassonne, a fortified town also in the southwest of France, preferred chocolate from the Bayonne area known as à la Bayonnaise. 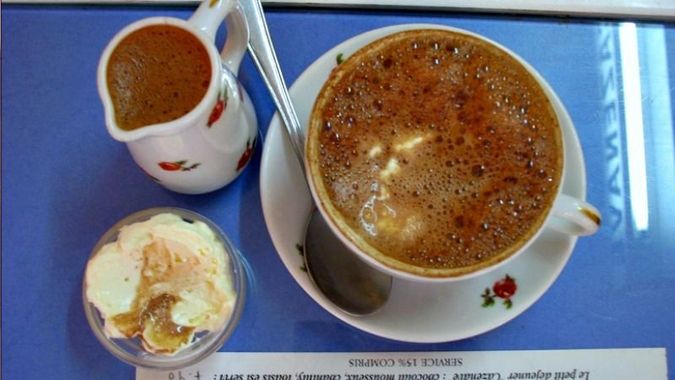 Many sources repeat this idea that Jews imported chocolate making to France including The Encyclopaedia Judaica, Mort Rosenblum’s book Chocolate: A Bittersweet Saga and Joan Nathan’s book about French Jewish cooking. In Bayonne itself we observed that many chocolate stores, several museums, and the city’s tourist literature reiterate the Jewish origins of French chocolate. Without question, this account of Jews introducing chocolate making to France became quite popular in Bayonne.

This pride in the Jewish origins of French chocolate overshadows the complications bubbling in the town’s chocolate past. The Jewish chocolate makers of seventeenth-century Bayonne encountered discrimination, jealousy, and anti-Semitism. Jews could not own or rent commercial or residential property outside of the St. Esprit suburb. They could not live in Bayonne proper. Jews had to leave the city of Bayonne each evening by sunset and were prohibited from selling chocolate on Sundays or Christian feast days.

So, in honor of Bastille Day eat a bit of chocolate, or some French chocolate, or make this popular Bayonne Basque Chocolate Cake. Either way, rejoice that Jews have been in chocolate, l’dor va’ dor, from generation to generation.

2) Lightly butter and flour a 9-inch round cake pan. In a large heatproof bowl set over a pan of simmering water, combine the butter and chocolate. Melt over moderate heat, stirring frequently, until smooth, about 4 minutes. Remove from the heat and let cool slightly. In a medium bowl, using an electric mixer, beat the eggs with the sugar at high speed until thick and pale, about 3 minutes. Add the flour and beat at low speed just until combined. Fold in one-third of the melted chocolate, then gently fold in the remaining chocolate; do not over mix.

3) Pour the batter into the prepared pan and bake for 20–30 minutes, or until a toothpick inserted into the center comes out clean. Invert the cake onto a rack and let cool.

Rabbi Prinz travels the world sharing stories about chocolate, cultures and convictions. More about Sephardim and chocolate, along with historical and contemporary recipes, may be found in “On the Chocolate Trail: A Delicious Adventure Connecting Jews, Religions, History, Travel, Rituals and Recipes to the Magic of Cacao”. Prinz also blogs at the Huffington Post and at onthechocolatetrail.org. She is currently working on a project related to women and chocolate.