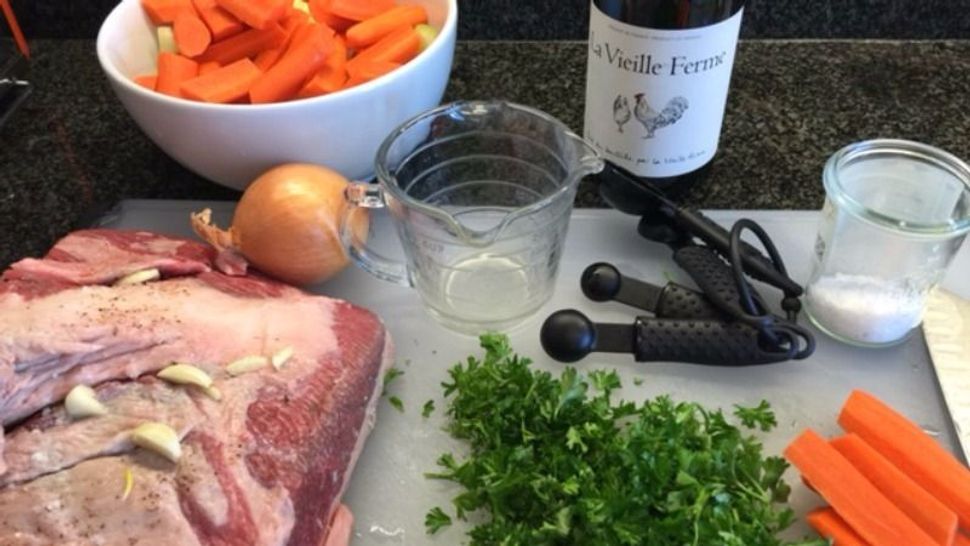 Ready to make one of the easiest brisket recipes ever? Image by Stephanie Pierson

I used to be embarrassed that this was my brisket recipe. It’s the first I ever cooked. It is never going to be the sophisticated brisket a superstar chef would brag about (Heinz chili sauce? Lipton Onion Soup Mix?) but it is insanely good: achingly tender, bathed in a sweet, rich, thick tomato-y sauce. Almost no prep time, and carrots to boot! No apologies necessary.

2) In a large heavy skillet, heat the oil over medium-high heat until hot. Add the brisket and brown on both sides, 5 to 7 minutes per side. Transfer the brisket to a platter.

3) In a large-ish bowl, stir together the wine, chili sauce, ketchup and 1 cup of water. Set aside.

6) Refrigerate overnight if you want. Skim any fat the next day when it’s cold.

7) Before serving, transfer the brisket to a cutting board and slice the meat (against the grain! But you know that!) the way you like it. Gently re-heat on the top of the stove.

8) Serve with the sauce and don’t let one person take all those yummy carrots.

Stephanie Pierson is the author of “The Brisket Book: A Love Story With Recipes,” Find her on twitter @TheBrisketBook