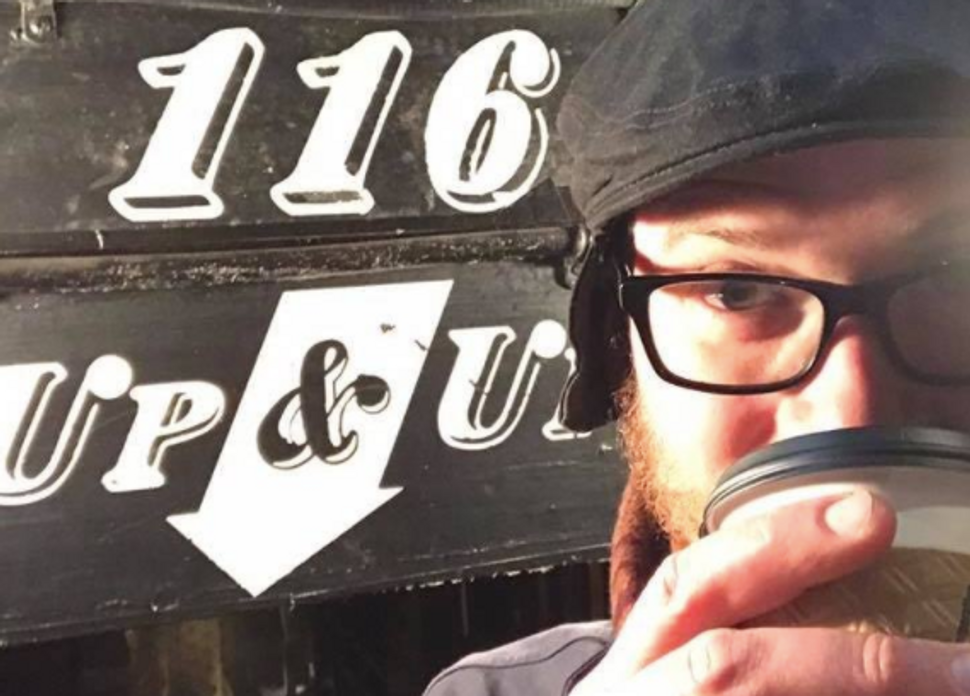 Chaim Dauermann, bar manager of The Up & Up in Greenwich Village, created a Hanukkah cocktail that’s a mini miracle in itself. Image by Facebook/Chaim Dauermann

When challenged with the task, Chaim Dauermann, bar manager of The Up & Up in Greenwich Village, devised a drink that sounds harder to make than it is. A take on a classic “milk punch,” the milk undergoes a seemingly miraculous transformation from the white stuff you pour over cereal to a perfectly clear concoction that can last for months in the fridge without spoiling. Made from potato vodka, apple brandy, and milk (think sour cream), the “Liquid Latke” is part science project; part potent potable — Hanukkah in a cocktail glass. Dauermann described his creative process to Forward food editor Liza Schoenfein:

What was the thinking behind this Hanukkah-themed cocktail?

“I wanted to make something that tied into Hanukkah in some culinary sense — featuring ingredients derived from potato, from apple and from milk — while also demonstrating an aspect of the Hanukkah tradition: to pay homage to the miracle of the oil.

Over the course of carrying out my job, I end up clarifying milk punch rather frequently. (We have one on the menu.) And, each time that the time comes to clarify the punch, there’s a part of me that hesitates, a part that doesn’t believe it’s going to work this time. And yet — miraculously — it does. The heated milk curdles, I commence the filtration process, and then, an hour or two later, I’m left with a completely clear milk punch. Honestly, it mystifies me every time. 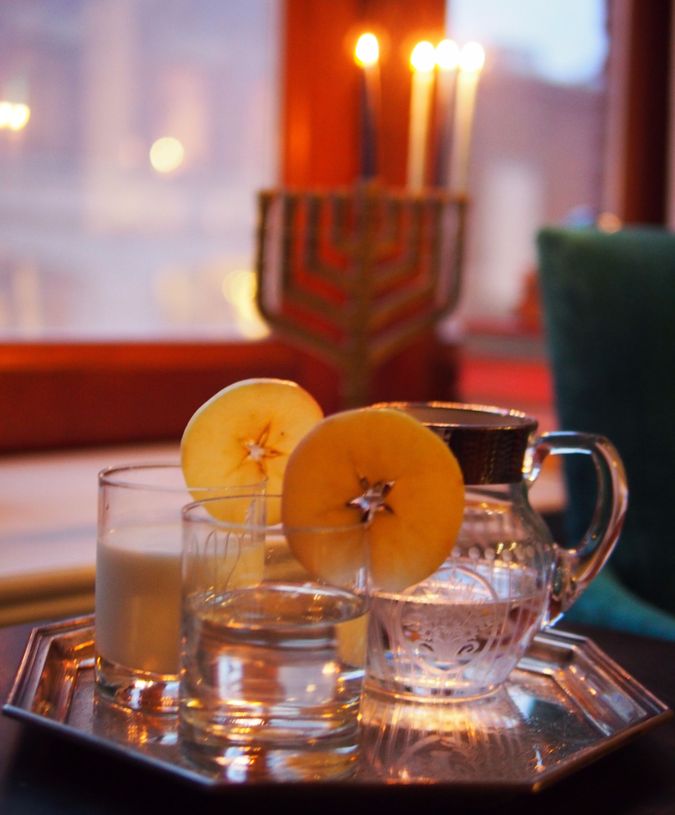 And that’s not all: Once clarified, the milk punch lasts. The entire mixture is stabilized and the “milk,” now clear, can last for weeks or months — far beyond what one would expect from milk before spoilage. It is these two things together — the “miracle” of clarifying the milk, along with the “miracle” of the milk lasting far longer than one would expect — that remind me, strongly, of the miracle recalled in the Hanukkah story: Oil meant to last for one night that lasts for eight.

Why clarify the milk? And if the reader doesn’t want to clarify, you say that’s fine too. Why is it okay either way?

I thought it would be fun to wed the two general styles of milk punch into one central recipe for Hanukkah. The milky version of this drink will, by its very nature, be fuller bodied and richer in character. Making the clarified version yields a lighter, more refreshing beverage. But, in the case of this recipe, it’s truly just the same drink in a different light. For those who lack the equipment or patience for clarifying, just talking about the process, and the fact that it’s possible, could be an interesting piece of conversation to share with guests (perhaps as you enjoy the non-clarified version of the recipe together).

This cocktail was created from a Jewish point of view. Are there cocktails in your repertoire at The Up & Up that reflect your Jewish upbringing, heritage or food influences?

Jewish influence pops up in my recipes all the time, and sometimes in unexpected ways. One of our drinks at The Up & Up, called ‘Amongst The Grottoes,’ features a garnish that is simply a small bundle of parsley dipped in salt water. It’s karpas straight from the Passover Seder plate!