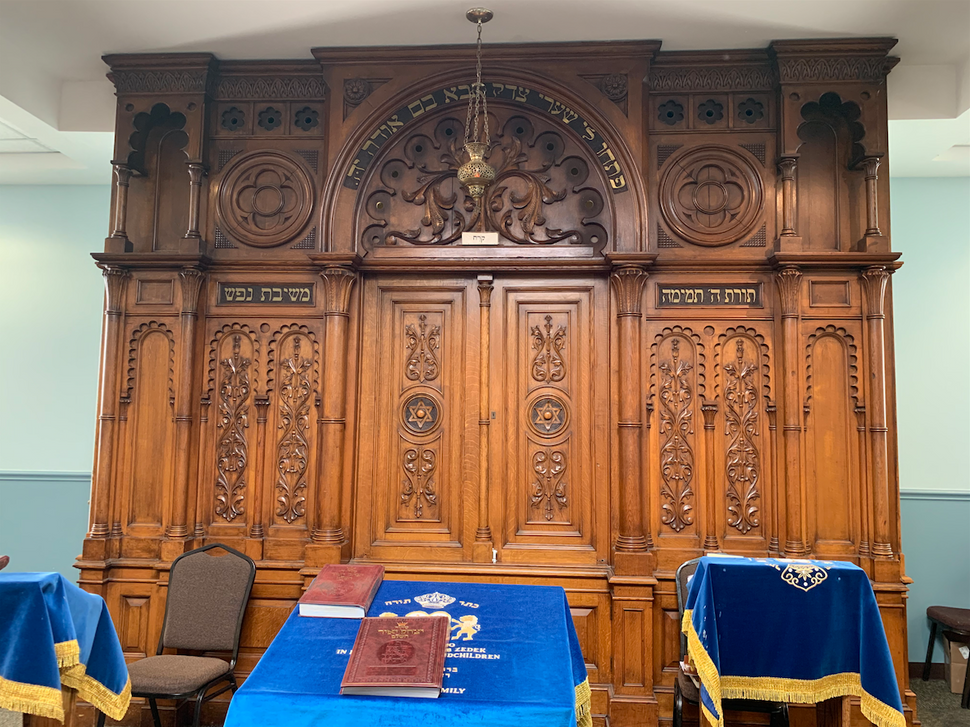 This summer, my synagogue, Young Israel Ohab Zedek in Riverdale, New York, has embarked on a new adventure, completely renovating and expanding its building in order to accommodate the growing number of young Jewish families moving into north Riverdale and south Yonkers.

Gazing at the large, wooden aron kodesh, or holy ark, one Shabbos morning before it was placed in storage for the duration of the reconstruction, I recalled a powerful story I heard about it from 1926, four years before my parents became members.

The shul was built in 1904 on Prospect Street in Yonkers, and was then called Congregation Ohab Zedek. For many years the (mostly) Hungarian congregation grew and prospered. But then, as in so many other cities, it began to shrink as the population aged and moved away. The holy ark eventually moved too, to be part of a newly combined shul, Young Israel Ohab Zedek, that served south Yonkers and north Riverdale.

Oh, the stories that aron kodesh could tell! The weddings, bar mitzvahs and funerals it has seen; the holidays, when during the synagogue’s heyday, some two dozen kohanim would stand before it to bless the 1,000-member congregation.

And then there was the time when the rabbi cursed the congregation.

Yes, really: In 1926, the spiritual leader of Ohab Zedek was the fiery Rabbi Philip Rosenberg. One day, in a battle whose cause I was never able to ascertain, Rabbi Rosenberg opened the aron kodesh and cursed the congregation.

It must have been quite a scene. At that time, the Ark stood some three stories over a raised platform before a magnificent stained glass window.

The congregation was understandably upset. And so they contacted Rabbi Philipp Klein, the spiritual leader of their namesake congregation, Ohab Zedek in Manhattan.

Rabbi Klein, who happened to be my grandfather, was originally from Hungary and had been ordained and received a doctorate in Germany. Having married Julie Hirsch, granddaughter of the formative Orthodox rabbi Samson Raphael Hirsch, he in 1880 became rabbi of the town of Libau, then in Russia. But when the Russian government began to show increasing signs of anti-Semitism, the Kleins took off for New York, which is when my grandfather took on the leadership of the First Hungarian Congregation Ohab Zedek. He quickly became known for his scholarship, integrity and leadership.

When the Yonkers Ohab Zedek reached out to him for help responding to Rabbi Rosenberg’s curse, he proposed a solution: Rabbi Philip Rosenberg would take a position at Cleveland, Ohio’s Knesseth Israel synagogue, and the Yonkers Ohab Zedek would hire his newly ordained son, Rabbi Alexander Rosenberg, in his place. Amazingly, the congregation, Rabbi Philip Rosenberg and his son all agreed.

Rabbi Alexander Rosenberg served the shul from 1926 until his death in 1972. His father was in Cleveland for the rest of his life.

Just a few months after this intervention, Rabbi Klein passed away. In his memory, Young Israel Ohab Zedek put up a plaque in gratitude for his help in addressing the problem of the curse. That plaque hangs there to this very day.