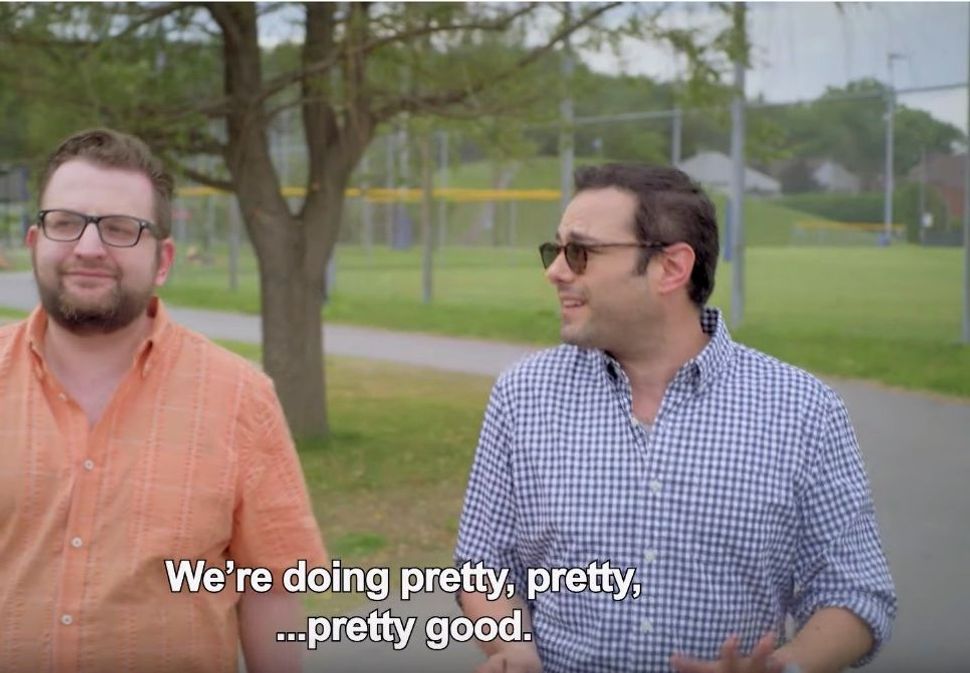 The 1980s marked the peak of a bizarre and often disturbing television trend: the “very special episode.”

Such episodes featured tragic events intruding upon the usually idyllic world of evening sitcoms. “Very special episodes” served an overt pedagogical purpose, warning about everything from drunk driving and the dangers of teenage sex to anorexia. Like the morality plays of late medieval England, these warnings were typically imparted in a ridiculously overwrought manner.

“Diff’rent Strokes,” starring child comedian Gary Coleman, often used and abused the format. In one two-part episode, “The Bicycle Man,” the young Arnold (Coleman) was groomed by a pedophile; in another, he tried to warn his classmates about the dangers of drugs only to be rebuffed by his principal. (Not to fear: All ends well thanks to the intervention of First Lady Nancy Reagan, who makes a terrifically awkward cameo as part of her “Just Say No” campaign.)

Although clearly inspired by such “very special episodes,” the season three finale of “YidLife Crisis” “Anticementish” makes far better viewing than its morally-minded predecessors. True to form, the show’s lead characters Chaimi (Jamie Elman) and Leyzer (Eli Batalion) react with humor to a dark intrusion of anti-Semitism into their serene but typically absurd world.

The episode begins in the “Old Country” as it were, i.e. Côte-Saint-Luc, the Montreal suburb where the two comedians grew up and studied Yiddish at Bialik High School. Walking by their alma mater, the duo enter a mall to buy cheese bagels, and – despite marijuana being legal in Canada – venture into a park to buy “groz” (Yiddish slang for “weed”) from their favorite drug dealer. Why? As Chaimi explains: “Tradition!” (This is far from the episode’s only nod to “Fiddler on the Roof” — keep your ears perked for Chaimi’s unique ringtone.)

As always, “YidLife Crisis” features Chaimi and Leyzer talking past each other while pontificating on a pseudo-intellectual topic. In this installment, it’s anti-Semitism and who bears the blame for its resurgence. Leyzer, the more conservative of the pair, expresses his belief that anti-Zionism is always an expression of anti-Semitism, while Chaimi responds that it’s best to avoid discussing the political situation in Israel entirely, adding that both the right and the left are not blameless for 21st century anti-Semitism. After a brilliant bilingual pun about the alt-right (they’re the “alt-rekhte!” — the “old-right”) the pair make a disturbing discovery of an anti-Semitic symbol spray-painted on a wall. Although momentarily shocked, the duo soon save the day with their sense of humor, cheese bagels and a little artistic help from their drug dealer.

Although “YidLife Crisis” is a Yiddish-language comedy series, “Anticementish” is notably the first episode to address anti-Semitism in a serious manner or mention the Holocaust at all. Although the episode doesn’t provide any cogent political analysis, that’s for the best. With this strong installment, Batalion and Elman demonstrate what the sitcom writers of the 1980s failed to grasp: The smartest comedy doesn’t bang its viewers over the head with a moral lesson or frighten them, but rather lets them reach their own conclusions and laugh in the face of adversity.