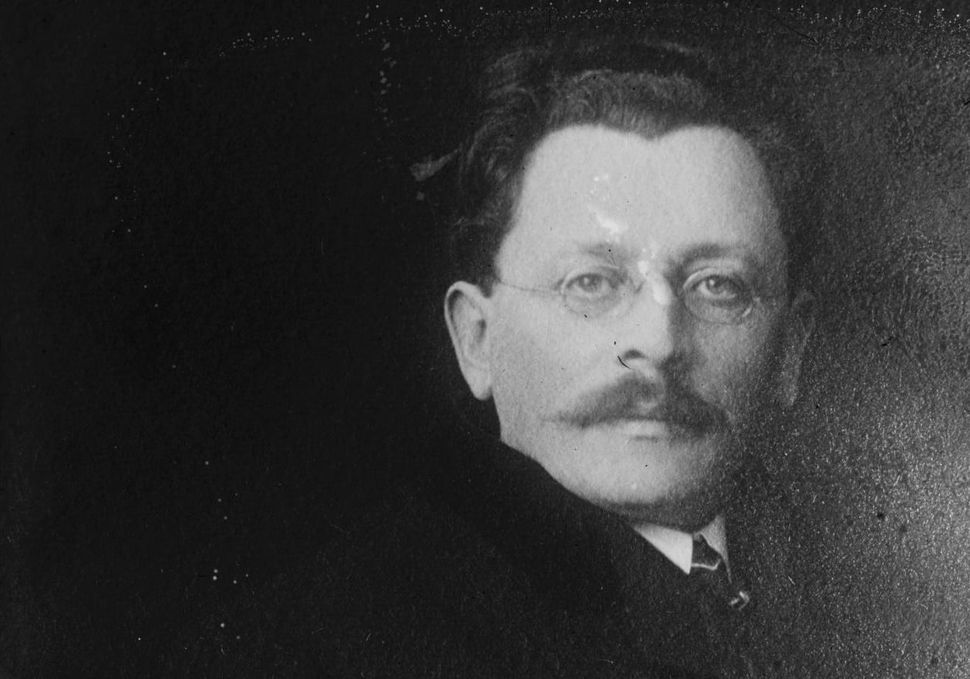 In the history of American journalism, the Forverts is a genuine outlier. Over the course of the first half of the last century, the newspaper was the only publication of its kind with a universal reach. Other major American newspapers had their correspondents in several countries, but they weren’t as well-versed in local concerns as the writers who contributed to the Forverts. Two of its regular correspondents, Isaac Bashevis Singer and Elie Wiesel, won the Nobel Prize. The Forverts itself has as of yet not received the attention it deserves among historians of American Jewry.

There are probably two reasons for this neglect: first, the enormous quantity of material in Yiddish and other languages that remain unavailable in English, and second, the relatively little interest in Yiddish among researchers of American Jewish history. The history of the Forverts doesn’t fit squarely into the conventional narrative of Americanization. The Forverts itself supported Americanization, but the political and cultural horizon of the newspaper remained international. It’s no exaggeration to claim that the Forverts was the achievement of one individual: Abraham (Ab.) Cahan (1860-1951), who, after several interruptions, became the editor-in-chief in 1903 and led the paper nearly until his death. Cahan built an entire “media empire,” with bureaus in the major cities of the United States and Canada, a radio station and a wide net of correspondents in every Jewish center around the world.

Now, finally, we have a scholarly volume that considers the history of the Forverts as a global institution. Professor Gennady Estraikh has been associated with the Forverts for more than 30 years and he knows the newspaper inside and out. He had previously used material from the newspaper for his own research, and he now has a book which places the Forverts and Cahan center stage.

The book, “Transatlantic Russian Jewishness: Ideological Voyages of the Yiddish Daily Forverts in the First Half of the Twentieth Century”, consists of eight chapters that consider how the Forverts dealt with the most important historical events in its purview, from just before World War I to the Holocaust. Estraikh maintains that the ideological tone of the Forverts was set by members of the Russian-Jewish intelligentsia. Politically, they identified with the social democratic movement sweeping through Europe, but culturally, they were secular Yiddishists. For the most part, their worldview was formed in Russia prior to the October Revolution, but they were also well-acquainted with American politics and culture. Additionally the directors of the Forward Association had good business sense, which enabled them to make the Forverts profitable.

Cahan is the central figure in Estraikh’s book. Cahan loved Yiddish and wrote a lot in the language, but he didn’t believe that American Jews could maintain Yiddish as their language of communication in the United States. His position is clear in the debates around Jewish education that were conducted on the pages of the Forverts before the Holocaust.

In terms of global politics, the Forverts’ position was not always consistent. During World War I, Cahan originally supported Germany and Austria because they were “good for the Jews,” as opposed to antisemitic Russia. But when the United States entered the war in 1917, the Forverts was forced to change its position. The paper welcomed the October Revolution in Russia, but quickly became critical of the Bolshevik dictatorship.

Not every colleague at the Forverts was always in agreement with Cahan. Estraikh analyzes in detail the internal conflicts and debates between Cahan and his staff writers. A few, like Moyshe Olgin, veered left to the Communists and became embittered ideological enemies of the Forverts. Others, such as the Russian socialist Raphael Abramovitch, maintained good relations with Cahan, in spite of their ideological disagreements.

After World War I, Cahan maintained close relations with the leadership of the German Social Democratic Party, which was a powerful political force in Germany before the Nazi period. The Forverts regularly printed articles by Eduard Bernstein and Karl Kautsky, two important social-democratic theorists. In the 1920s, Berlin became an important European center of Yiddish culture and politics, and the Forverts covered this beat extensively. A number of important writers lived in Berlin then: the linguist Max Weinreich, the historian Simon Dubnow, the poet Dovid Einhorn and the novelist Dovid Bergelson all sent articles to Cahan. During the economic downturn in Europe, the wages paid by the Forverts in American dollars were a significant source of support for these Yiddish writers.

It’s noteworthy that notwithstanding its anti-Soviet position, the Forverts had its own correspondents in the Soviet Union. The contributors to the Forverts, including Cahan, visited the Soviet Union in the 1920s. I. J. Singer’s series “New Russia,” describing his Soviet travels in 1926, for example, remain an important historical source about everyday life in the Soviet Union till the present day. Through its articles and literary prose, the Forverts informed its American Jewish readership about events around the world, and did so on a remarkably high level.