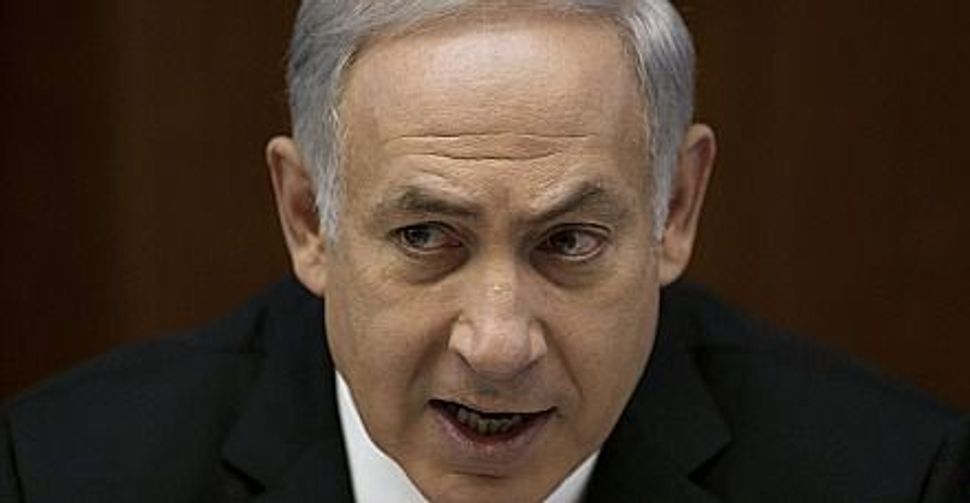 A recent poll showed that a majority of Israelis believe that a strike against Iran’s nuclear facilities will prompt a broader war with Hamas and Hezbollah, even though the public is evenly split on whether to launch a military attack on Iran in the first place.

This national ambiguity means that it’s not at all clear what role, if any, public opinion will have in Prime Minister Benjamin Netanyahu’s decision to strike or not to strike. And the very fact that this uncertainty is playing out in public is causing alarm in some quarters of Israel’s defense and security establishment.

Benny Begin, a member of Netanyahu’s special eight-minister security forum, told Army Radio that he sees the debate as “utterly irresponsible” and that it “severely impeded the government’s ability to make decisions” on the subject.

Netanyahu seemed intent on saying little about his plans, even after the November 8 release of a United Nations agency report citing “credible” evidence that Iran has worked on the development of atomic weapons. “The significance of the report is that the international community must bring about the cessation of Iran’s pursuit of nuclear weapons which endanger the peace of the world and of the Middle East,” said a statement by the prime minister’s office.

The latest wave of public discussion on Iran began in late October, after the country’s best-known journalist, Nahum Barnea of the daily Yedioth Ahronoth, wrote that Netanyahu and Defense Minister Ehud Barak were advancing a campaign to strike Iranian nuclear targets.

Shortly afterward, Haaretz aroused public fascination by asking the question on everyone’s mind: What does the country feel? The answer was that it is split down the middle. A poll found that 41% support a strike and 39% are against it, with 20% undecided. Not surprising, support was highest in two groups that tend to be more hawkish: the Haredi sector, where it reached 50%, and the national-religious sector, where it was at 43%. Opposition to an attack in the national-religious sector was half the national average — just 20%. Support for a strike was lower among secular Jews and Arabs.

Just as interesting was the finding that the prospect of all-out war with Hamas and Hezbollah does not deter support for an Iran strike. Belief that there was a “high chance” of an attack setting off confrontation with these organizations on Israel’s borders was identical — 64% — among supporters and opponents of an attack.

The pollster, Tel Aviv University statistician Camil Fuchs, told the Forward that he thinks the level of support for a strike could make the government cautious. “People don’t go to war when you have 40% of the population — it’s something you do when you have everyone behind you,” he said. “Go to war when people will be killed with 40% of the population and one could foresee demonstrations.”

But many analysts believe that the government will regard the poll results — providing they are verified by its own private surveys — as giving it a free hand. “The fact that it’s so split in the middle means that the government can feel free to do whatever it wants,” said Meir Elran, senior research fellow at the Tel Aviv-based Institute for National Security Studies.

Some experts believe that the public debate will prove equally irrelevant. It is “actually a ritualized and pointless endeavor,” Yehezkel Dror, a member of the Winograd Commission, which inquired into Israel’s war with Hezbollah in 2006, and founding president of the Jewish People Policy Planning Institute, wrote in Haaretz.

He told the Forward that while he thinks that most other subjects, including the peace process, are suitable for public debate because the issues involved are well known and understood, the salient points regarding Iran are too complicated and secret for debate to have value. He estimates that only 10 to 15 people in Israel possess all the relevant information. “In principle I support public debate — I just say it’s not effective, it’s not useful,” he argued.

While opposition leader Tzipi Livni has issued repeated pleas for the international community to take harsher steps against Iran, she is keeping quiet on the subject of what Israel’s plan should be. “Leaders need to make decisions, ones that are not necessarily popular with the public,” Gil Messing, her aide, told the Forward. Labor Party Chairwoman Shelly Yachimovich described an attack as “very dangerous” and a “megalomaniacal adventure” that her party will not support, but on the subject of the public debate specifically, her spokeswoman had no comment.

Even Iranian-born academic Soli Shahvar, who has spoken out against a strike on almost every Israeli television and radio station, is sympathetic to the government’s position, saying that it stems from an understandable fear that someone will reveal sensitive information in the course of discussions. Shahvar, director of Haifa University’s Ezri Center for Iran & Persian Gulf Studies, commented, “I think those who said the discussion should be limited are apprehensive of someone crossing a line and saying something he shouldn’t have said.”