AIPAC Not Just for Jews Anymore 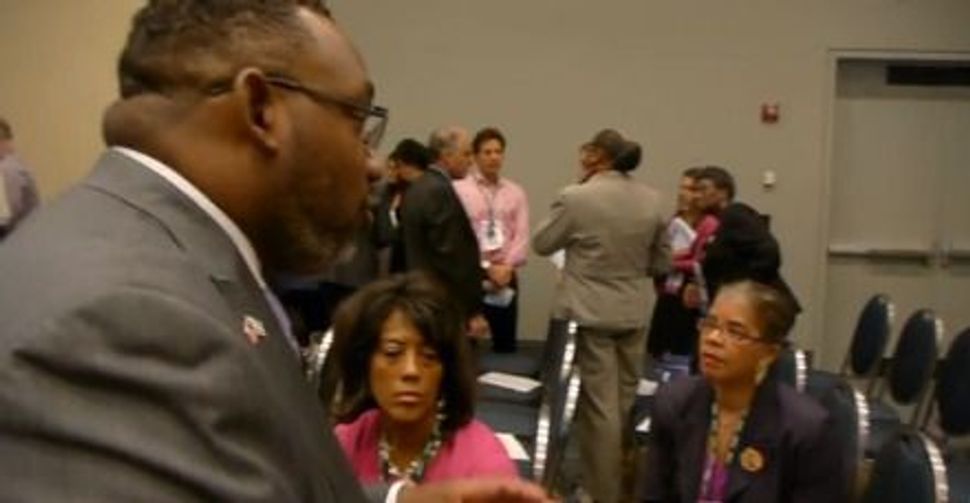 Image by courtesy of aipac 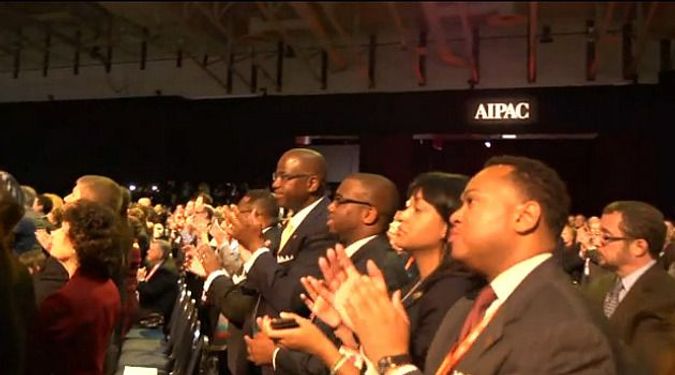 Bigger Tent: With an eye to the future, AIPAC is expanding beyond its traditional Jewish base. Its membership now include large numbers of blacks, Latinos, and evangelical Christians. Image by courtesy of aipac

It didn’t take much to notice the changing face of the pro-Israel activist community. A walk through the packed ballroom at the recent American Israel Public Affairs Committee’s annual conference revealed a crowd more diverse than the stereotypic image of the Jewish lobby.

AIPAC is still the prime location for pro-Israel Jewish activism, but an aggressive outreach effort has made it home for many non-Jewish supporters of Israel, as well: Christian evangelicals, African Americans, Latinos and student leaders from many top colleges.

There are sound political reasons for the pro-Israel lobby’s decision to turn outward. Senior officials acknowledged that the pool of non-Orthodox Jewish backers is dwindling and that Jewish support will no longer be enough to carry the pro-Israel political message.

Brandeis University historian Jonathan Sarna said AIPAC is simply playing politics the way other groups have done in the U.S.

“Building coalitions is the American way, and what we are seeing is a decision to follow this American practice in order to benefit Israel,” he said. Sarna noted that in the wake of the 1967 Six Day War, pro-Israel activism was seen as a source of revival for the Jewish community, and therefore outreach beyond the community was ruled out. This policy has changed in recent years.

Several demographic and political trends now guide the pro-Israel lobby as it seeks to grow and maintain its role as one of the nation’s leading political powerhouses. First is the mere fact that the proportion of Jews in America is constantly shrinking. In a March 4 presentation at the AIPAC conference, the lobby’s national political director, Robert Bassin, noted that while in 1940, American Jews made up 3.5% of the population, they are currently 2.1% of all Americans, and if the trend continues, by 2080, Jews will be only 0.8% of the population.

Compounding the problem are geographical trends that have weakened the political power of American Jews as more Americans have moved to the Southern and Western regions from the Northeast and the Midwest. In terms of Jewish political clout, this is yet another source of concern. In his presentation, Bassin gave the example of North Carolina. The state is home to a Jewish population of only 30,000 people but has more congressional districts than New Jersey, which has a Jewish population of 500,000.

The bottom line is clear: A shrinking Jewish population with less local power requires a boost from outside the community to get across the message.

Among Jews, AIPAC’s support also seems to be strongest among Orthodox Jews. While there are no firm numbers of Orthodox Jews active in AIPAC, kippa-wearing participants play a dominant role in all meetings. In 2006, AIPAC appointed its first Orthodox president, Howard Friedman of Baltimore, who is still a key member in the organization’s board.

This year, more than 70 Orthodox synagogues from across the country sent representatives to AIPAC’s policy conference and a reception organized by the Orthodox Union was attended by 400 participants. AIPAC even printed prayer books for observant Jews wishing to attend services during the conference.

The policy conference’s program offered a medley of gatherings and sessions tailored for the various groups that now make up the pro-Israel lobby. Activities ranged from “friends in faith” discussing evangelical support for Israel to “the progressive case for Israel,” which was aimed at answering questions raised by AIPAC supporters from the liberal wing. On the sidelines and in smaller conference rooms, meetings were also held for African-American and Latino delegates.

AIPAC’s outreach effort to the African-American community has intensified in recent years and is focused mainly on a younger generation of leaders from historically black colleges. This year, AIPAC hosted at its annual conference representatives from 23 such colleges as well as from 37 Christian- and Hispanic-centered campuses.

In reaching out to non-Jewish supporters, AIPAC provides specific messaging that could resonate well with other communities. To African-American and Latino supporters, key themes include Israel’s diverse society, the absorption of Jewish immigrants from across the world, and Israel’s adherence to principles of democracy and equality. “Israel’s diversity is beautiful,” stated Brandon Jessup, an African-American AIPAC activist, in a video message produced by AIPAC. Eddie Aldrete, another activist, said in a clip made for Latino supporters, “Latinos across the country are becoming more and more of a factor, in positions of power, in positions of elected office, so it’s critical that they’ll understand why it’s important to have a positive U.S.-Israel relationship.”

Christian evangelicals are another key constituency in AIPAC’s outreach beyond the Jewish community, although this is a loose alliance. Most evangelical pro-Israel activists work under the umbrella of Christians United for Israel, a national organization that is led by the Rev. John Hagee and has more than 900,000 supporters on its lists. AIPAC hosted Hagee at its policy conference several years ago and has since made a point of holding at least one session devoted to Christian evangelical supporters. “We certainly communicate,” CUFI spokesman Ari Morgenstern said. “CUFI enjoys great working relations with AIPAC.” In general, pro-Israel evangelicals are considered to hold political views right of center and are seen as a stronghold of the Republican Party.

On the other end of the political spectrum, AIPAC is also trying to keep liberal Americans, both Jewish and non-Jewish, on board. An AIPAC official who spoke at the sidelines of the policy conference rejected the notion that the organization has lost much of its liberal base to J Street, a competing pro-Israel lobby known for its dovish views. The official said that if anything, liberal activists are turning away from the issue of Israel altogether and are not seeking a different kind of political approach.

“Jews in America now mirror the political spectrum in Israel, and AIPAC, therefore, doesn’t have quite the same following as it had before,” Sarna said. “AIPAC’s clout will grow to the extent it can bring in new coalition partners.”

AIPAC would not provide a breakdown of participants in its policy conference based on faith or ethnicity. An unscientific survey of the audience made clear that American Jews still remain the overwhelming majority, serving as the backbone of the pro-Israel lobby. AIPAC’s board, which reflects the group’s largest donors, is made up entirely of Jewish activists.

AIPAC does not contribute to politicians and does not endorse candidates. It does, however, encourage its members to become involved and to make sure their local representatives on all levels show support for Israel. Part of this involvement also includes making political contributions by individuals, and there, too, the lobby feels a changing trend that requires diversification of the ranks of supporters.

The cost of an average election campaign for the House of Representatives has doubled in the past two decades. Similarly, a Senate race now costs 60% more than it did 20 years ago. In terms of lobbying, this means activists need to give more in order to be noticed by candidates. “The costs of campaigns are skyrocketing, but the number of activists has not been skyrocketing,” Bassin said.

AIPAC Not Just for Jews Anymore