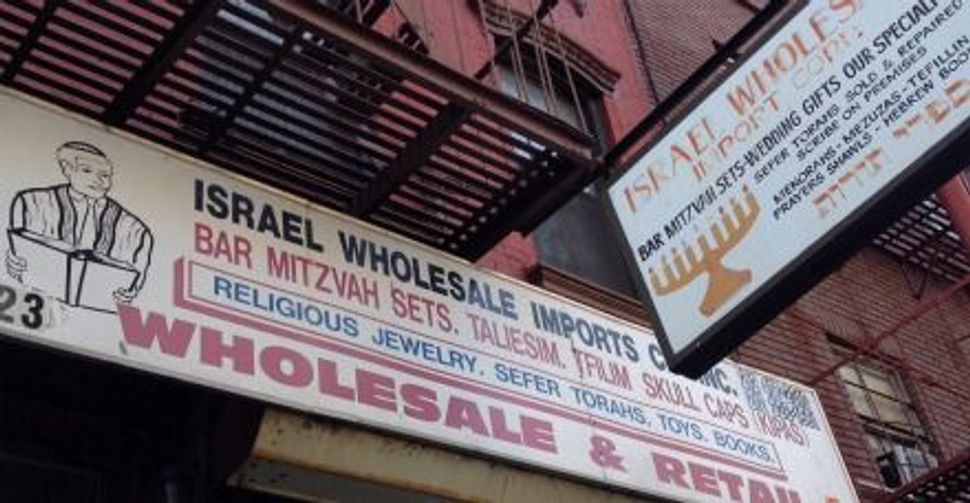 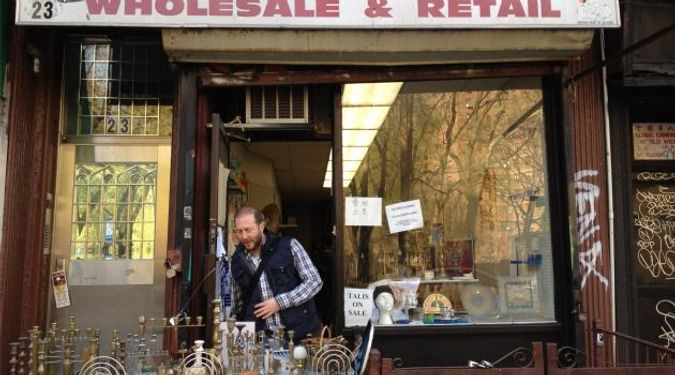 Going and Coming: Developer Michael Bolla, above, wants t save the Israel Judaica store on Essex Street. Even as older lower East Side businesses face an uncertain future, younger Jews are lured back by new condos and cafes nearby. Image by paul berger

At 5 p.m. on the last Wednesday in March, Michael Bolla, a New York real estate developer, stood inside Israel Wholesale & Retail Judaica on the Lower East Side, glancing over tables cluttered with Hebrew prayerbooks and Bibles, spice boxes and candlesticks. The store had thrived on this block of Essex Street, between Hester and Canal, for the better part of 60 years. Bolla, dressed in a plaid shirt and a dark down vest, energetically picked out old siddurim and mezzuzas to be paid for and picked up later. He was to be one of the shop’s last customers. 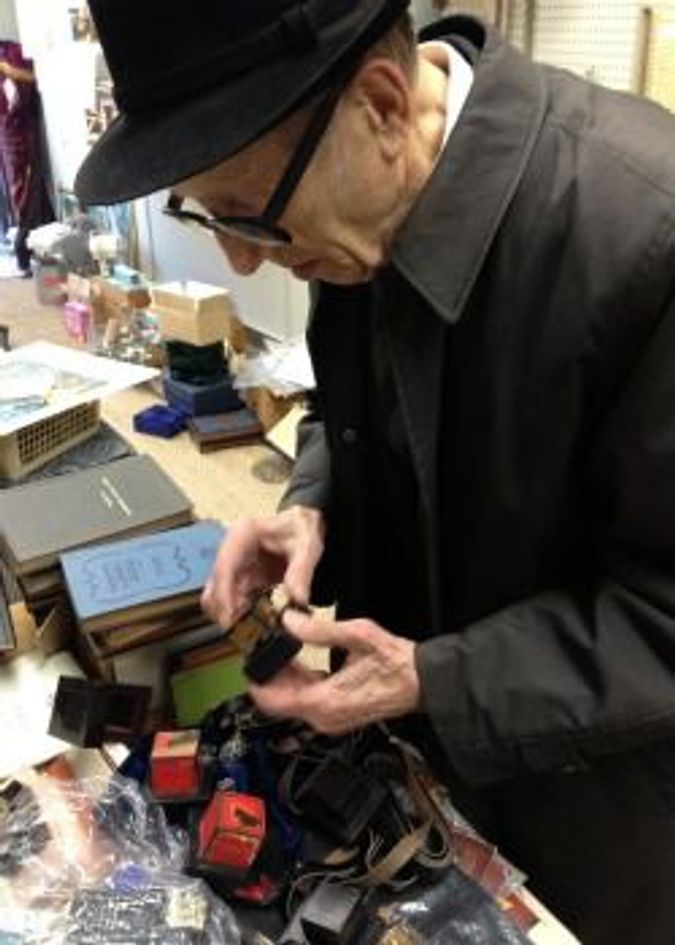 Hunting: Avraham Chaim, who has lived nearby since 1948, browses through marked-down merchandise at Israel Judaica, which may soon close. Image by Paul Berger

As the “STORE CLOSING” and “TALIS ON SALE” signs in the window attested, the last five years have been tough on its owner, Heidi Yousef, a widow with dark hair and an almost perpetually downturned mouth. Bolla, on the other hand, was determined not to allow her to call it quits. Indeed, he was positively horrified to learn that the store’s landlord expected Yousef to be out two days later, on a Friday night.

“I will call and say the last Judaica store on the Lower East Side can’t get kicked out erev Shabbat,” declared Bolla, an observant Jew.

Never mind that the owner of the Hebrew Religious Articles store, one block along Essex Street, might beg to differ with Bolla about this being the last Judaica store in the neighborhood. Bolla makes a formidable, if unlikely, Lower East Side preservationist.

Raised in Saddle River, N.J., the 43-year-old developer, a managing director at Prudential Douglas Elliman, is best known for converting faded Lower East Side institutions into sleek, Yuppie sanctuaries. Bolla was among the developers who turned the old Forward building, across Seward Park diagonally opposite Yousef’s store, into multimillion dollar condos. His latest project, the Madison Jackson building, is a former public school where 110 units will go on sale next month, at prices between $435,000 and more than $1 million.

Later, over an organic salad in Brown Cafe on Hester Street, Bolla described how he came across Yousef’s predicament. “I was literally walking by the store and I saw this woman standing [outside] with these old candlesticks,” Bolla explained, “and I said, ‘Darling, what are you doing?’ She said, ‘I have no customers.’ And I said, ‘You are not going to get them like this, darling.”

Bolla said he had a “visceral reaction” to Yousef’s plight. He has a nightmare vision of a Lower East Side in which all of the old Hebrew and Yiddish stores are gone. Saving stores like Yousef’s and bringing more Jews to the Lower East Side — the Madison Jackson building will serve kosher food 24 hours a day to those tenants who want it — are part of his ambitious dream. (In an April 3 telephone call, Bolla pledged to cover Yousef’s rent over the coming months, but he was vague about what the future would look like for Israel Judaica. Yousef’s stock would have to improve, he said: “We have to give her a concept. We’ve got to get her moving.”)

The street signage along Essex Street tells you everything you need to know about why Israel Judaica is struggling. Where once every other sign was in Hebrew or Yiddish, today most are in English or Chinese. Apart from the occasional tourist, the foot traffic consists mainly of Asians and blacks, hipsters and down-and-outs, who have little need for Haggadot, ketubot or kitschy bedside clocks decorated with a hamsa.

Sitting in a chair in the store, Youseff, who had too little energy to stand at the end of the day, said she decided to close her business two years ago, but something made her hold on. “I said, maybe it’s going to be better. Maybe it’s going to be better,” she explained. But business never did improve. Around her, on the floor, across tabletops and shelves, was the flotsam of years in the Judaica business: a box of yarmulkes here, a pile of machzorim there. A stack of ketubot, reduced to clearance price, at $30, leaned disconsolately against the wall, while a Torah cover, dedicated to Isidor Koppel, slumped by the open door. Yousef’s only solution to stay in business: “I sell it by Internet.”

Despite the imploring signs in the window and a table out front hawking candlesticks and menorahs, few shoppers ventured inside. A homeless woman with an Irish accent and a large gash above her eye — “I’m Irish Catholic,” she said repeatedly — stopped by to lament Yousef’s plight and then to beg for money.

Apart from Bolla, the only prospective customer that day was an elderly Romanian Jew wearing thick black glasses and holding a tefillin bag in shaky hands. He asked to see the tefillin boxes and began methodically testing each one to see whether it was big enough.

The man gave his name as Avraham Chaim, his age “over 65.” Chaim said he had lived in an apartment building across Seward Park since 1948. He remembered when Jewish religious life teemed on the Lower East Side, when shops like H&M Skullcap, on Hester Street, and the “sfarim” or Jewish holy book stores on Essex Street, served the hundreds of thousands of Jews who lived in the surrounding blocks.

“Like every neighborhood it has changed,” Chaim said, as another tefillin case proved to be too small. “Although I can’t complain, it’s a very nice element that came in.”