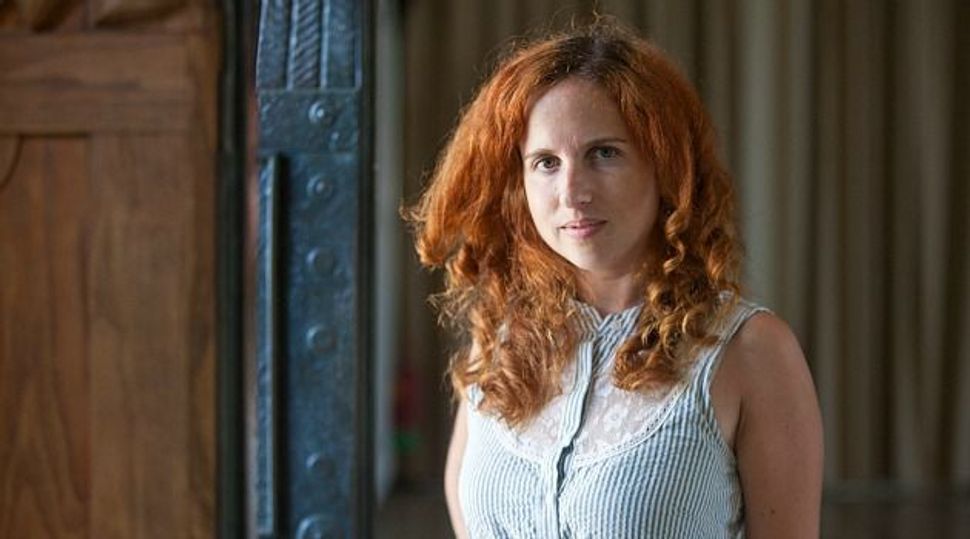 Street to Ballot Box: Stav Shaffir, one of the leaders of last year?s social justice protests, is running for a seat in Israel?s Knesset. Image by getty images

But if Netanyahu’s would-be opponents have anything to say about it, the January 22 election could be more about the price of cottage cheese and Tel Aviv apartments than anything the mullahs in Tehran are up to.

At least one leader of last summer’s social protest movement has already thrown her hat in the political ring. And leaders of opposition parties are vowing to tap the spirit of the movement that attracted massive crowds with a message of economic justice and social inclusion.

“For many years Israelis have focused on security issues over social issues, but during (the) protests, people realized it is a distorted division and that national security and social security go together,” said Stav Shaffir, one of the protest leaders who announced plans to run for a Knesset seat on the Labor Party ticket.

Shaffir openly plans to run on a program based on the protesters’ agenda, and predicted Netanyahu and other leaders will have to respond.

“Following a year when the social protest changed the discourse on social issues in Israel completely… people are much more aware of what the budget means, of every step that the government takes against the interest of our society,” Shaffir told the Forward. “Today, politicians and the government are a little afraid and they don’t want the public to turn against them.”

It is not just protest leaders who plan to put social-economic issues on the election agenda. Shelly Yachimovich became Labor leader during the tail end of the protests, stressing her commitment to the issues they raised during her successful battle to lead the party. She has boosted the fortunes of the party which is now polling at around 20 seats in the 120-seat Knesset, compared to the all-time-low 13 it won at the last election.

Pollster and political scientist Tamar Hermann believes that all parties will scramble to prove that they are concerned with social-economic issues and have a track record on them. “I believe all parties will have to address them directly and in a straightforward way — no party can avoid them as they are in the air,” she said.

Besides Labor, the other party poised to put social-economic issues at the center of its platform is the new Yesh Atid party, led by Yair Lapid, a former newspaper columnist, author, screenwriter and actor. Lapid, whose party is expected to win about 15 seats, tapped into the frustration that the middle class expressed during the 2011 protests, and propelled himself into politics on the promise that he will be a remedy. His party is expected to call for fixes that are more moderate than those called for during demonstrations, and give much attention to other matters such as demanding the draft of ultra-Orthodox into the Israeli national service.

Lapid is not calling for a major bolstering of the welfare state, but rather improvement in the management of the public sphere. Analysts say his call may resonate with the middle class.

“The feeling that there’s something wrong with the state of the middle class is widespread, (but) when it comes down to translating those feelings in to the political arena many people will say it’s very important but there are other issues,” said Shlomo Swirski, academic director of the Adva Center policy institute. “So many people who marched through the streets of Tel Aviv will probably vote for Yair Lapid whose social policy is far away from Shelly Yachimovich.”

A third serious party with social-economic issues central to its agenda may still emerge. Kadima, which took a black eye over its shortlived coalition with Netanyahu, is currently on the political fringes, polling only in the region of six seats.

But if Kadima manages to recruit a popular figure like former Prime Minister Ehud Olmert, it could revive and strengthen the call for change. Hebrew University academic Manuel Trajtenberg, who wrote the official government report on the protest movement, is also rumored to be considering joining Kadima, which would make the party a very strong player on social-economic issues.

Even Netanyahu may realize he has to emphasize the economy over his preferred territory of national security. In his speech to the Knesset announcing the early elections, he tried to cast himself as the cure rather than the illness.

The Prime Minister boasted that he pulled the Israeli economy out of recession during his four years in office and put it back on a path to growth during a global economic crisis.

The global economic crisis, he said, “threatened to bring down the economy of Israel.” But his “responsible policy” brought “a change in the trend,” leading to Israel’s steady economic growth.

Despite the fact that large parts of the Trajtenberg Report of recommendations, which he commissioned in response to the protests, have not been implemented, Netanyahu is expected to remind voters repeatedly about the popular changes that he has made. At the top of his list are likely to be extending free kindergarten to Israelis from the age of 3 and providing tax credits to working parents.

According to Hermann, who is professor at the Interdisciplinary Center in Herzliya, the national keenness on social-economic issues won’t necessarily work against Netanyahu. “He can say that his government got the message, and put forward a list of policies and future plans dealing with hardships,” she said.

Even though some hope to focus the election campaign on social-economic issues, a flare-up with Iran or battles with the Palestinians could return the discourse to the more familiar territory of security. Many speculate that any such January surprise will only strengthen Netanyahu’s hand as the vote nears.

“The government will be very ready to seize on any opportunity to increase the flames and direct the attention from the social and economic issues,” said Ono Academic College researcher Amir Paz-Fuchs, an expert on Israel’s social protest campaign.