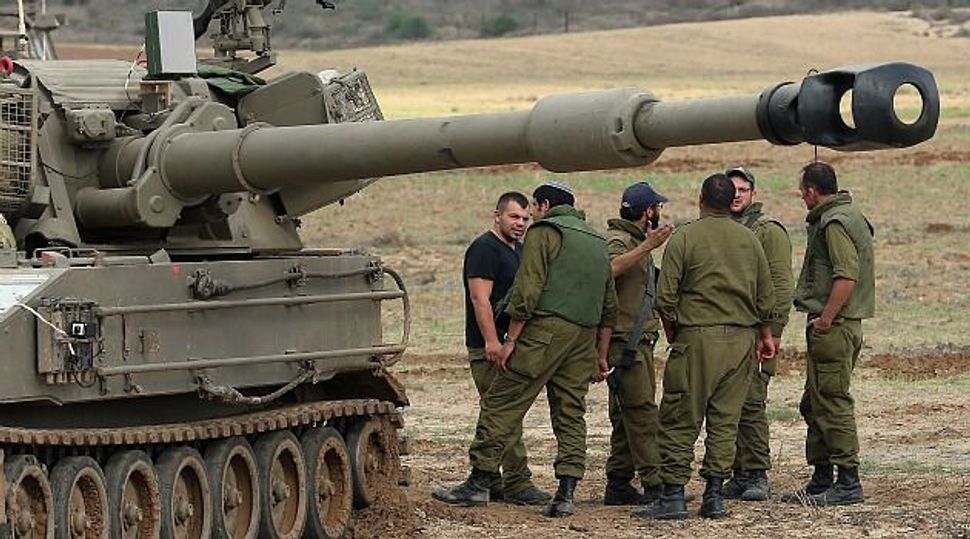 In some ways, Israel’s latest confrontation with Hamas looks like past conflicts in the Gaza Strip. Operation Pillar of Defense has left some key Hamas leaders dead, depleted weapons supplies and hit more than 1,000 targets in Gaza.

“We are exacting a heavy price from Hamas and the terrorist organizations” in Gaza, Israeli Prime Minister Benjamin Netanyahu said at his Sunday Cabinet meeting.

But there are also some important – and more worrisome – differences that Israel is seeing in Hamas this time around. The terrorist organization that rules Gaza is using more powerful missiles, with a range that can reach the Israeli heartland, and Hamas has closer and stronger allies at its side.

In the past, Hamas rockets threatened only Israel’s South. At their farthest, the projectiles could reach the desert metropolis of Beersheva and the southern coastal cities of Ashkelon and Ashdod.

This time, however, the rockets have flown nearly 50 miles, reaching the densely populated center of the country: Tel Aviv and Jerusalem, making Hamas’ rockets no longer just a problem for Israel’s “periphery.” Taken together with Hezbollah’s increasing firepower from Lebanon, terrorist missiles can reach virtually all of Israel.

Israel’s Iron Dome anti-rocket system, which shoots incoming missiles out of the air, has helped limit the damage from Hamas’ rocket attacks. The system is deployed to eliminate missiles headed for Israeli population centers, and Israeli officials say the interception rate is near 90 percent. As of Monday, Iron Dome shot down 350 of 1,000 missiles overall aimed at Israel; most landed in unpopulated areas and were not targeted by Iron Dome.

Cairo’s sympathies make the conflict especially complicated for Israel, which hopes to safeguard its treaty with Egypt even as it attempts to subdue Hamas. So far, the government of Egypt is playing the role of mediator between Israel and Hamas as the two sides discuss a possible cease-fire.

By Monday, the conflict had claimed three Israeli fatalities – from a missile strike on an apartment building in the town of Kiryat Malachi – and dozens of injuries. In Gaza, about 100 Palestinians were reported dead and more than 600 injured.

Even as cease-fire negotiations took place, some 75,000 Israeli reserve troops were activated, and military personnel and equipment arrived at the Gaza frontier in preparation for a possible ground invasion. On Saturday night, rows of military jeeps and armored cars sat parked at a gas station near the border while dozens of young soldiers in full uniform – some with helmets and others with vests – stood in groups or clustered with middle-aged officers around tables. For many, the immediate concern was about where to find some food.

“There’s nothing open,” one soldier complained as he watched a nearby restaurant shutter its doors.

Chaim, a soldier who did not give his last name due to IDF restrictions on speaking to the media, told JTA that Israel should act forcefully.

“Everyone wants to go in,” he said of a ground invasion. “We’ve waited too long. I’m calm. We have a father in heaven.

“We need to keep going,” he said, until the terrorists “don’t exist.”

Yossi, a soldier from Ashkelon, a frequent target of Gaza’s missiles, said he’s excited to serve.

Polls show Israelis are strongly supportive of the operation in Gaza, and Netanyahu’s political opponents have lined up behind him, notwithstanding the elections in January.

“Israel is united in the war against terror,” Labor Party leader Shelly Yachimovich, a Netanyahu rival, wrote last week on her Facebook page. She called Jabari an “arch-terrorist,” writing, “His assassination is right and just.”

“There’s no country in the world that would tolerate missiles raining down on its citizens from outside its borders,” President Obama said at a news conference Sunday. “We are fully supportive of Israel’s right to defend itself from missiles landing on people’s homes and workplaces, and potentially killing civilians.”